After a few days of normal weather, Old Man Winter is back with a vengeance. This afternoon we had a blizzard of snow with 40 KM/h wind, but I saw this as a good opportunity to test the E-M5 under this kind of environment. So I ventured out into the snow.

I took along the little used Olympus OM 100-200mm f5 cheap zoom, because I don't want to ruin any lenses that I would want to use in the future. Naturally, the lens/adapter combo is not weather sealed. There is a good chance snow/water could get into the camera through the adapter, as the heat from the camera could melt the snow on the body and the water could sip through the mount. Thankfully, this didn't happen, though when I removed the lens, there was a bit of water inside the mount but nothing got inside the camera body.

The E-M5 held up extremely well. It was covered in snow in matter of seconds. The annoying part is having to keep cleaning the snow off the viewfinder, as well as the front of the lens.  I suspect the temperature was somewhere around -15 Celsius with the wind chill factor, which isn't that cold, considering the kind of weather we have been having. Another issue is the front element of the lens started to ice up after the snow blew into the hood. Combined that with the thick snow, precise focusing was impossible. So all the pictures were focused without the aid of the magnify feature.

After about 40 minutes, the lens/camera combo continued to work, but I had had enough. My hair was frozen into ice, and I suspect my face was starting to go that way too, so I headed back. It was an interesting experience. There was a few crazy people just like me who were out and about in this kind of weather, including one fellow photographer, who retreated after reaching the lake.  The blowing snow definitely adds an interesting element to the pictures. To some extend, I quite enjoy taking pictures this way. 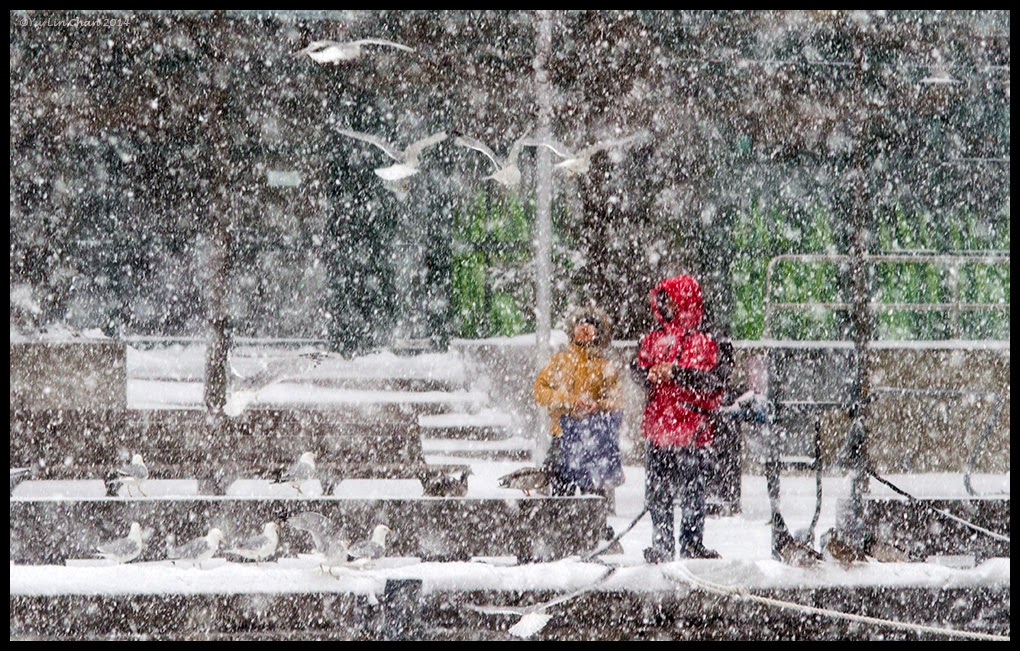 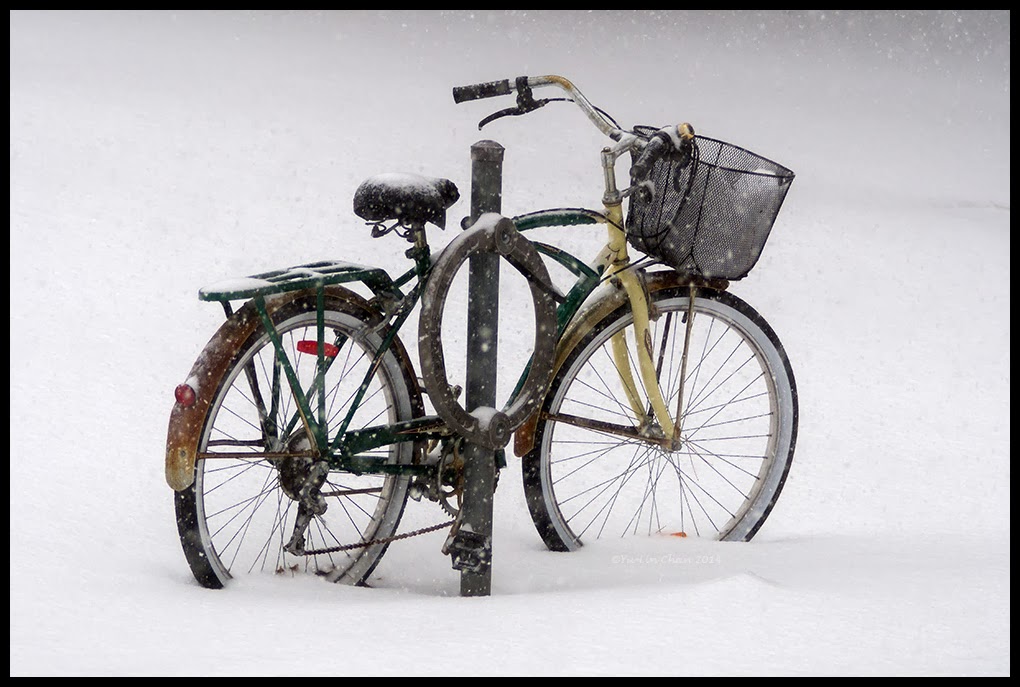 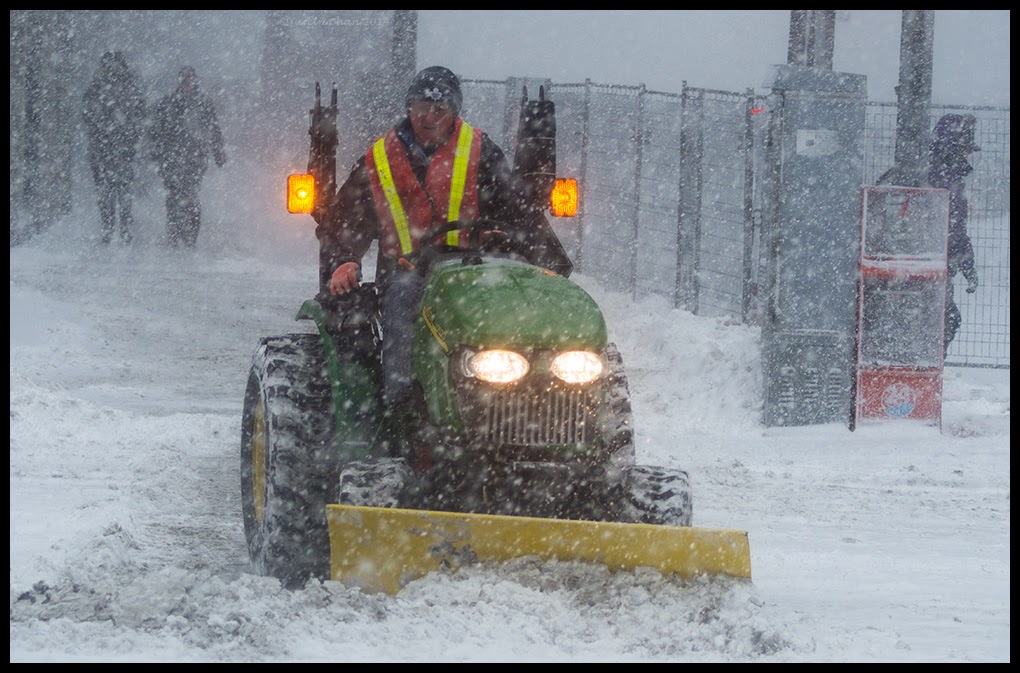 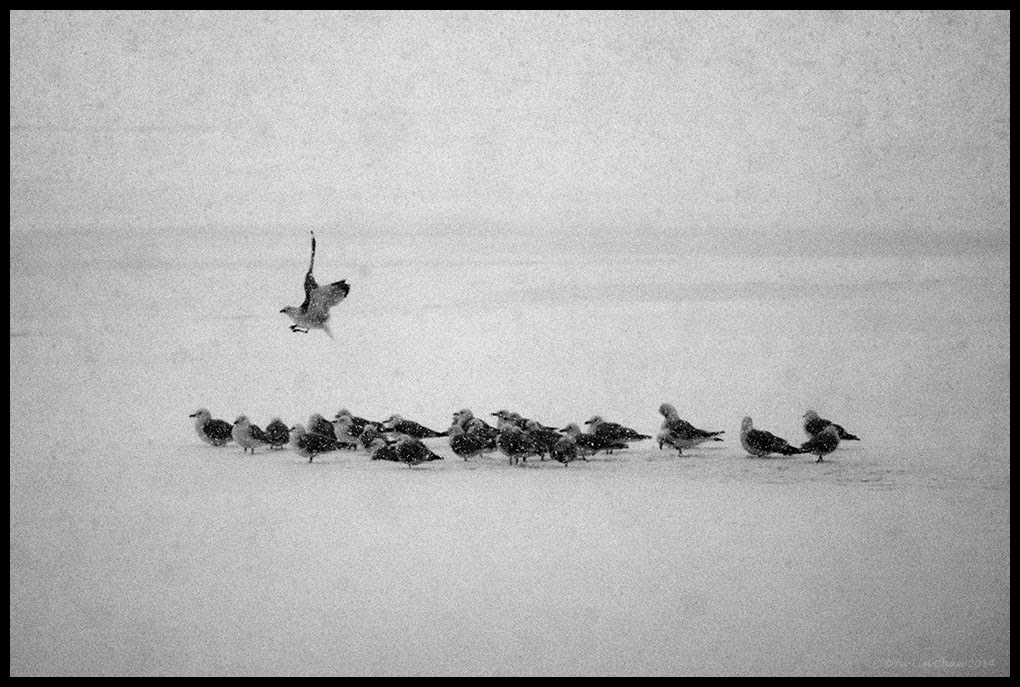 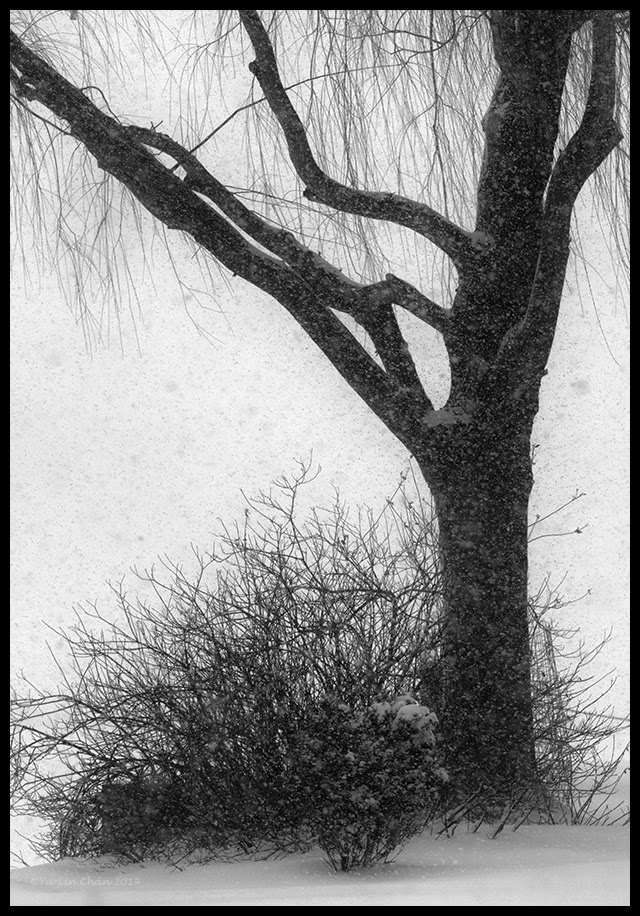