My first SLR was a Pentax Program Plus with the Pentax-A 50mm f1.7, and that camera was with me for more than a decade. It captured some of my life's most memorable moments and will always occupy a small niche in my heart, though I don't shoot Pentax any more. Still, I hold on to a few Pentax lenses, and the 40mm f2.8 pancake is one of them.

The lens is about the same size as the Canon 40mm f2.8 STM and I am sure they share a similar optical formula of the Tessar variant. Mounting it on the 5D Mark II looks kind of funny, but it looks perfect on smaller cameras like the Pentax MV, MX, etc. I really have no complains about its optical performance. Stopped down a bit, the lens is sharp from corner to corner, on full frame. Even the bokeh is quite nice. It's a little hard to focus with the very thin focusing ring, but it's a pancake lens, after all. One thing bothers me, is that like so many manual focus lenses, this one hits the 5D II's mirror, even at minimum focus distance.  I was forced to use the live-view, in very strong sunlight, but it was nearly useless.

If you are a Canon shooter, I would recommend the EF 40mm f2.8 STM. It's sharper than the Pentax, for not much more, for a new one, and it auto focuses, and does not hit the mirror.

All pictures below taken with the Pentax-M 40mm f2.8 Pancake, and the Canon 5D Mark II. 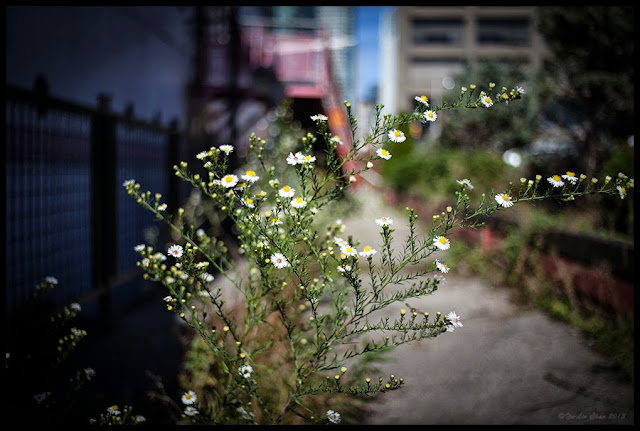 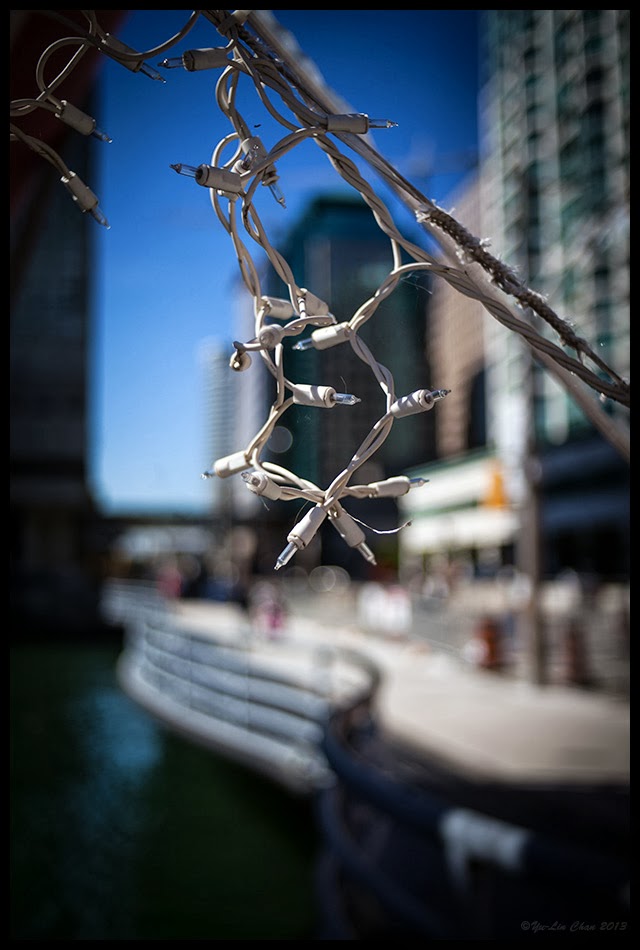 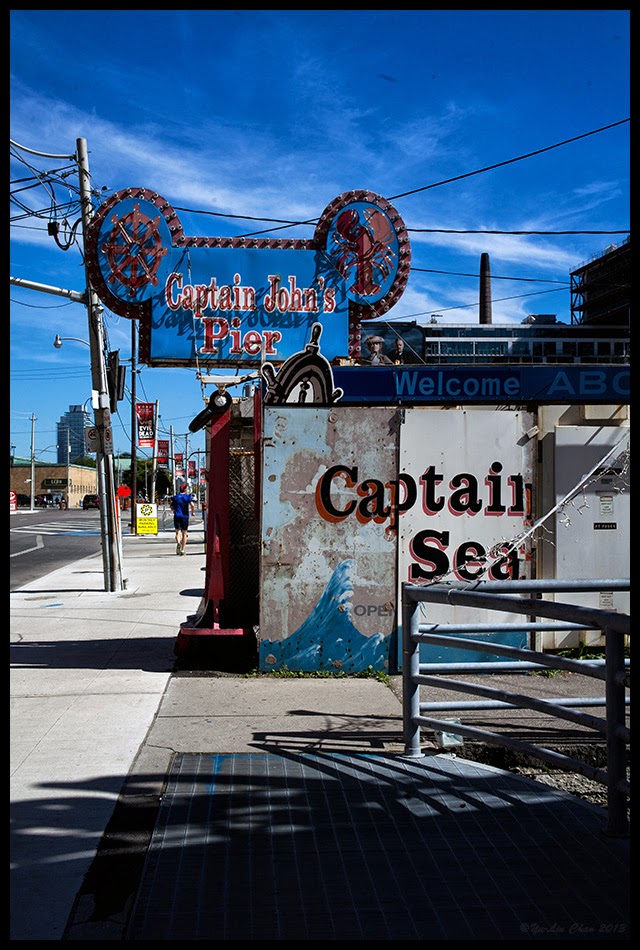 How the Tablet is Effecting My Use of the Computer

Our IT department issues an iPAD for each member as a standard equipment, and I have been using it for a couple of months now, and it really is changing the way I use my computer.

Even though I have many laptops over the years, I never really like them and as a result they have never been my primary computer. I enjoy my desktop computer with loads of drive space, fast processor, lots of RAM, good keyboard/mouse, and a large display. It has been like this for decades. The laptop is just too large for casual use, not powerful enough as a primary computer (though the last few years, this has come very close). The MacBook Air 13" i7 was so close to my secondary computer, but the small hard drive and non-expandable memory was a let down, but I used it quite often, but had to get rid of it. Couldn't justify such an expensive computer for web browsing.

Then came the iPAD (I would say tablets in general). I have used it more often than my main computer. In fact, I find that I don't have the desire to turn on my desktop, unless I really have to process my pictures. Even then, I find it harder and harder to sit down in front of my desktop. This has bad consequences.

Previously, I was very good at uploading my pictures to the computer at the end of each day, for good reasons: to make sure I don't forget which lens(es) were used to take pictures, as I used manual focus lenses 99% of the time, and so that I can look at the pictures and process those I like for the blog. But now I find that pictures stay on the memory card in the camera and not uploaded for days.

The convenience of the tablet is irresistible; no waiting to boot up, and is instantly accessible. It's both a curse and blessing, but in my case, more curse than blessing. 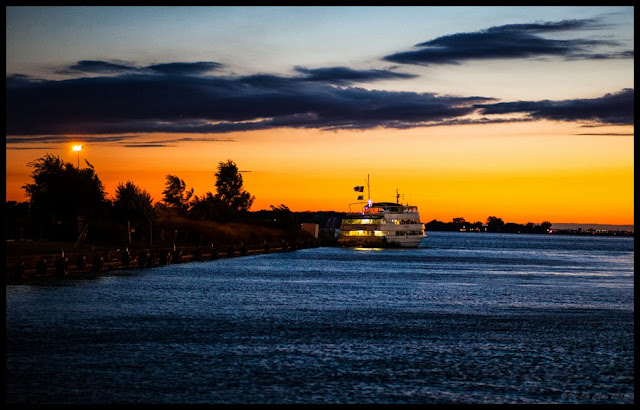 It has been a while since I last used the Tamron Adaptall 17mm f3.5, so I decided to take a walk during my lunch hour, instead of my normal bike ride. The 17mm lens is an ultrawide angle on full frame, but on NEX-6, it's not that wide, at roughly 26mm. Still, it's wide enough for most wide angle needs. Anything wider than 24mm (35mm equivalent) tends to be difficult to compose, as the lens sucks in so much visual information.

As far as ultrawide angle goes, the Tarmon SP 17mm f3.5 performs quite well, at least on the NEX-6. Adam said that it didn't work quite as well on the NEX-7, so I guess the sensor density has quite an affect on the optics. I tried a different copy of this lens on the 5D classic and the image quality was quite good. Perhaps I should give it a go on my 5D II and see how it compares to the NEX.

Lenses this wide tend to have problems with distortion and edge sharpness; even the Zeiss Distagon 21mm f2.8, regarded as one of the best wide angle lenses, has distortion issues, though it's sharp as heck. I find the Tamron 17mm f3.5 is well controlled on the distortion front, if the camera/lens is not tilted, but it's still very hard to keep lines straight.

In all, a nice lens that still performs well with most digital cameras. You may want to reconsider if you have a high density sensor like the NEX-7, or D800.

All pictures below were taken with the Sony NEX-6 and Tamron SP 17mm f3.5 Adaptall. 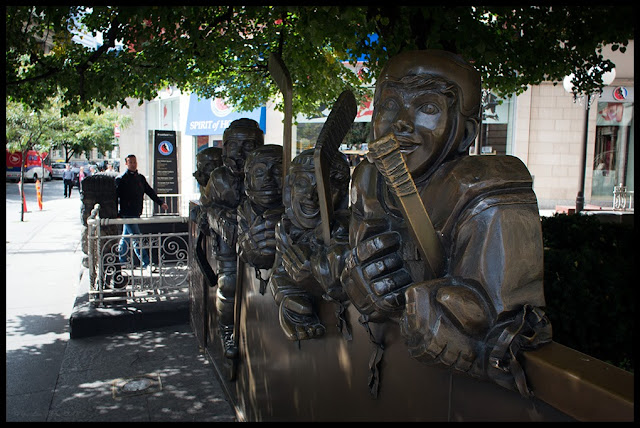 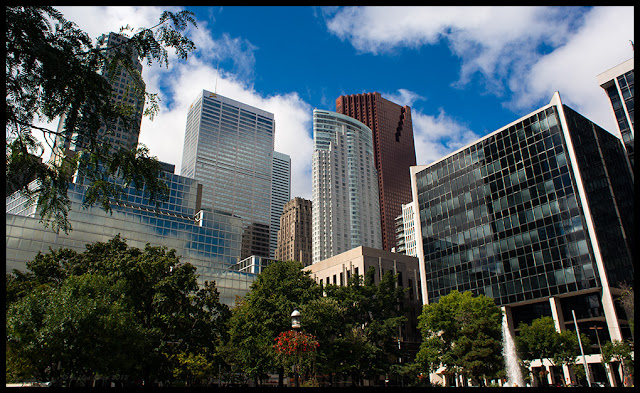 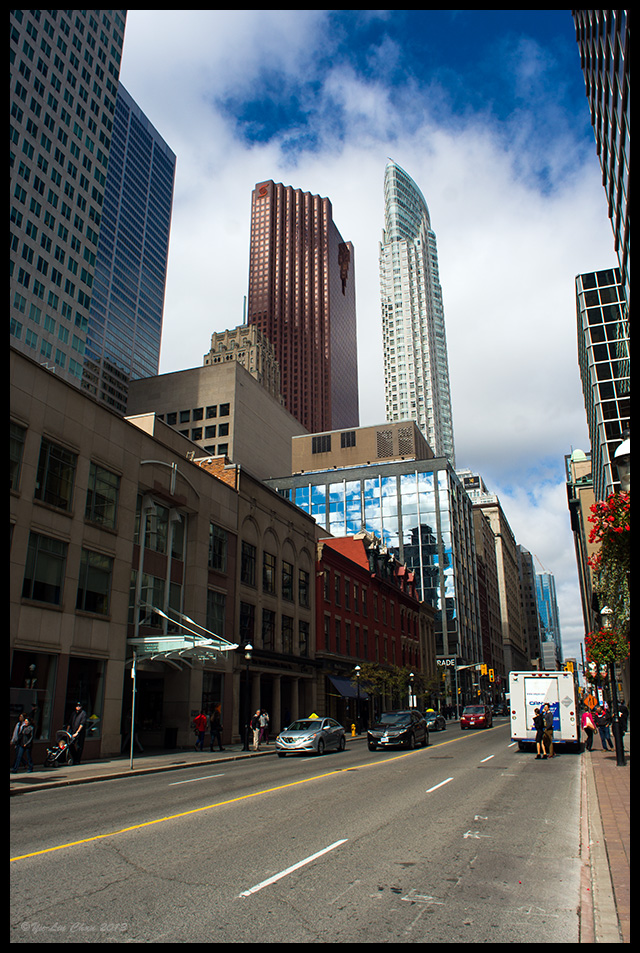 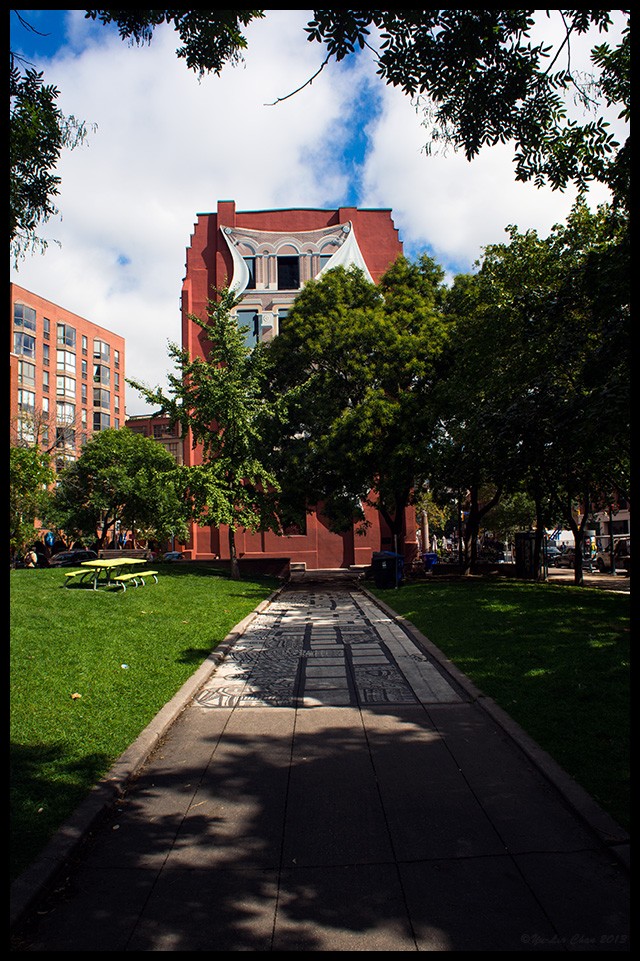 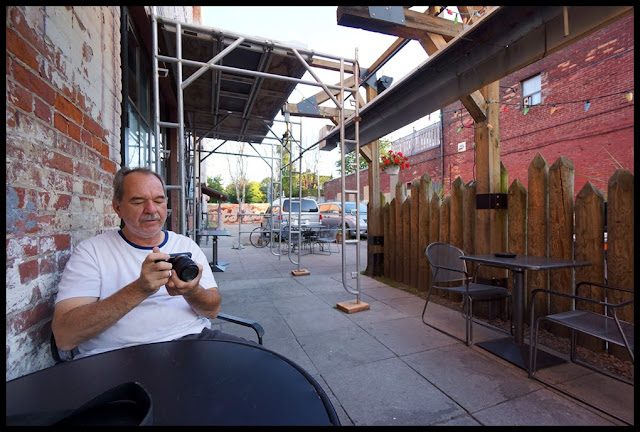 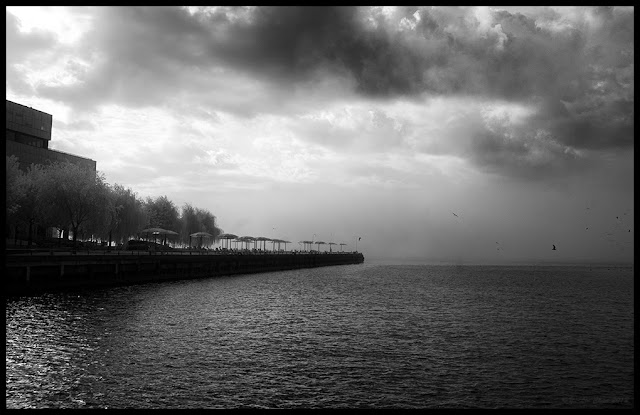 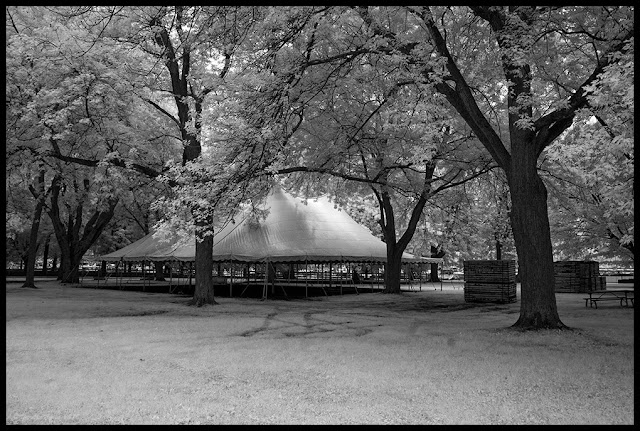 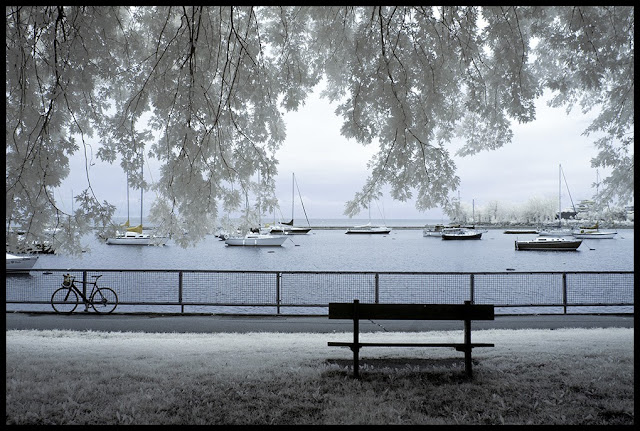 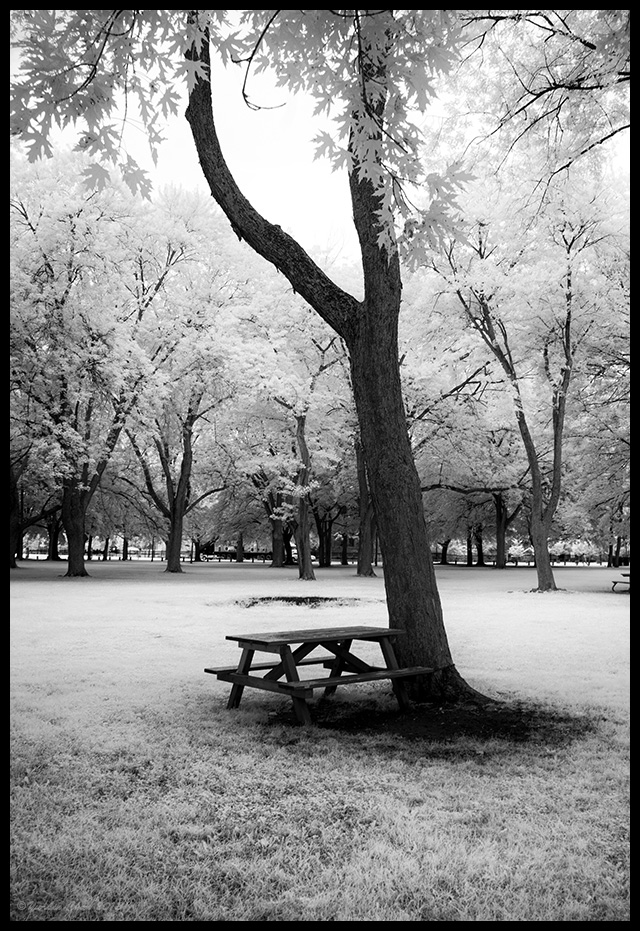 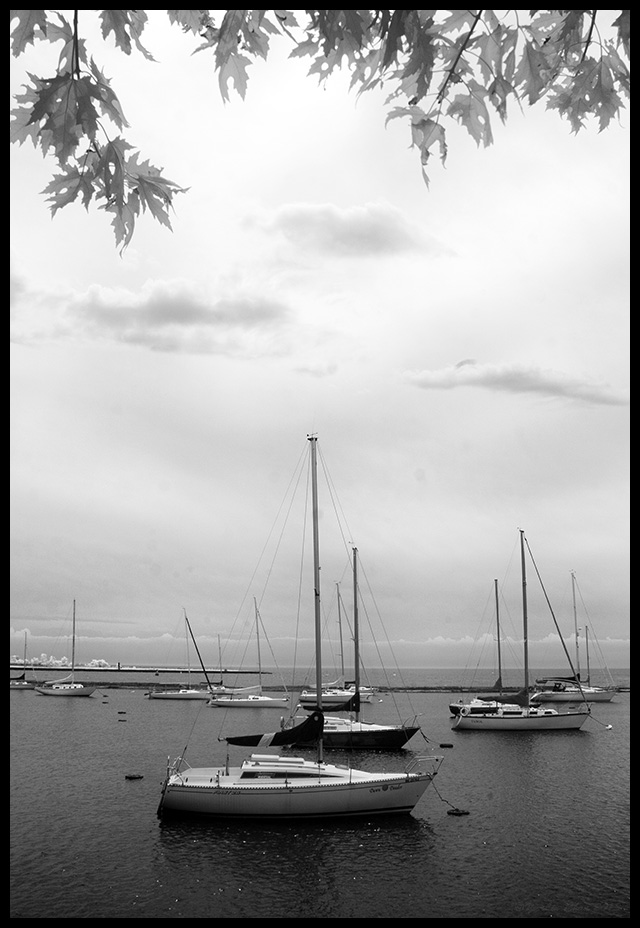 Lenses That Make You Feel Like You Are In Love

Some lenses sometimes make you feel like a teenagr in love; you think about them all the time, even when shooting with other lenses. I used to feel like that with Canon EF 85mm f1.2L, and the EF 200mm f1.8L. These two are exceptionally good lenses so it's understandable. Lately, the A.M 5 inch f4, an old British lens, reportedly made by Ross London, and same lens as the Ross Xpress 5 inch f4, kept nagging me at the back of my mind. I really adore the bokeh of this cheap but fabulous uncoated lens. I used this lens a few times on the NEX-6 with nice results, but it's slightly too long on crop sensor. I mounted it on the Canon 5D Mark II full frame, which produces equally nice results, except that focusing was a pain through the optical viewfinder without a split screen.

So yes, you can love a lens that is not expensive and looks ugly. After all, beauty is only skin deep, no?  In fact, it makes you feel so much better knowing you didn't pay an arm and a leg for it. 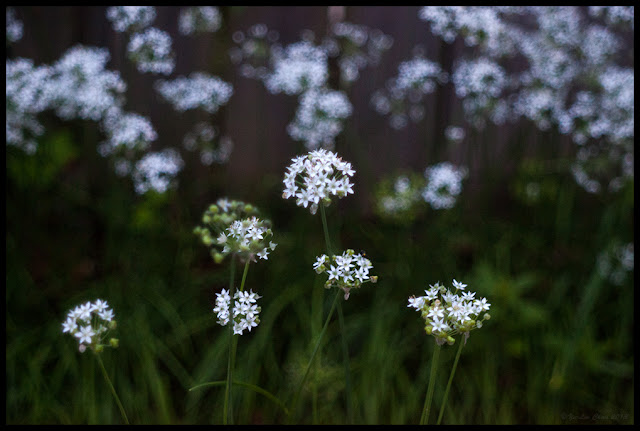 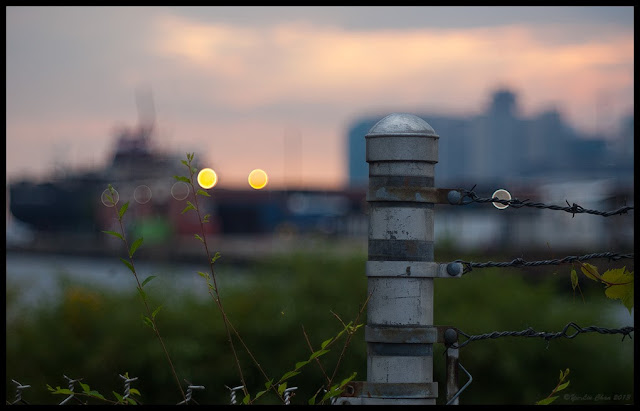 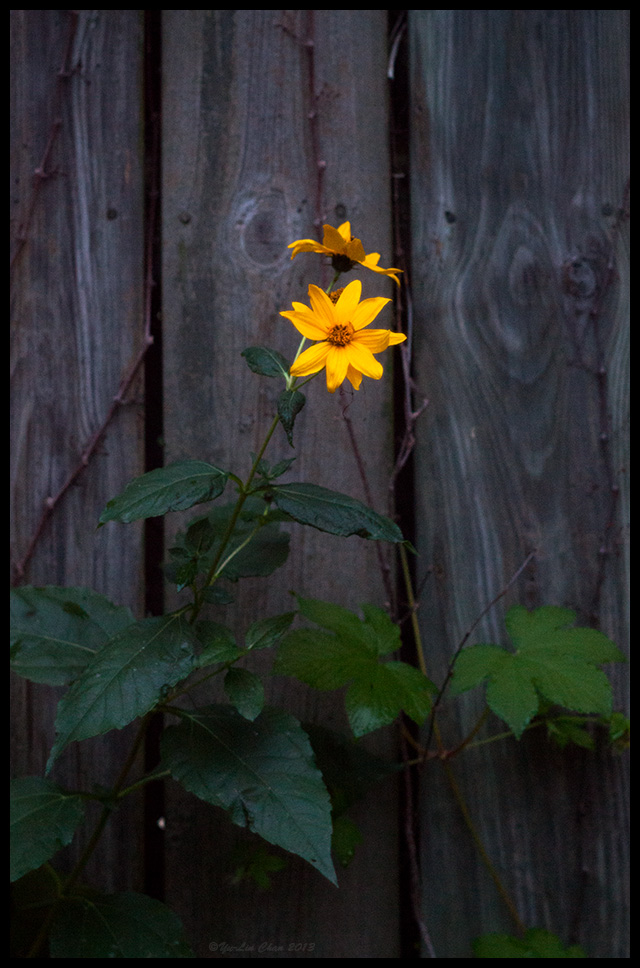 The Downside of Cheap Adapters

My Leica-R 28mm f2.8 Emarit seems to perform differently on different cameras; very good on the Canon crop bodies, but it's horrible on the NEX-6, with basically the same size sensor as the Canon. I noticed it but didn't give it much thought, since I hardly ever use this lens. It is the least used Leica lens I have.  The edges on this lens is just terrible on the NEX-6. Then I put it on my 5D Mark II, and I was surprised to find that the edges are way better on it than on the NEX-6.

It didn't take long to realize that it was fault of the adapters; most of my adapters are cheap ones, and I am using two adapters for all my Leica-R lenses on the NEX-6. The reason is that I am trying to reduce the number of adapters to buy for different systems. Since I already have the adapters for Canon for most mount, I just bought a NEX-EOS mount, and then mount the Leica-R and other lenses onto the NEX-EOS adapter. Most cheap adapters don't have the precision as the more expensive ones, but most of the time we don't notice too much of it.  When stacking two adapters, the tolerance quickly fades and the errors in machining adds up. Most obvious sign is one side of image is less sharp than the other side.

I guess I am going to have to buy dedicated adapters for the NEX. 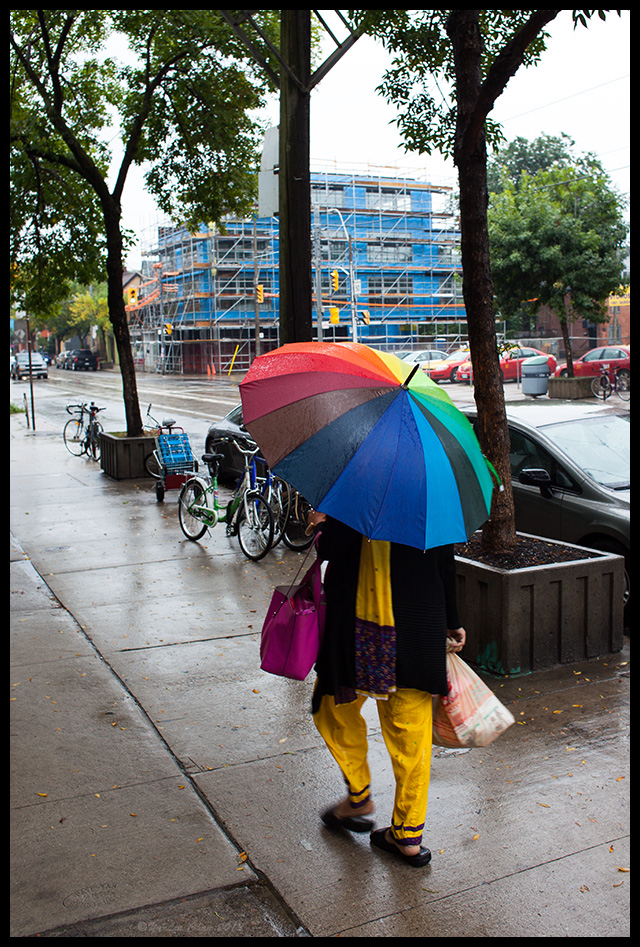 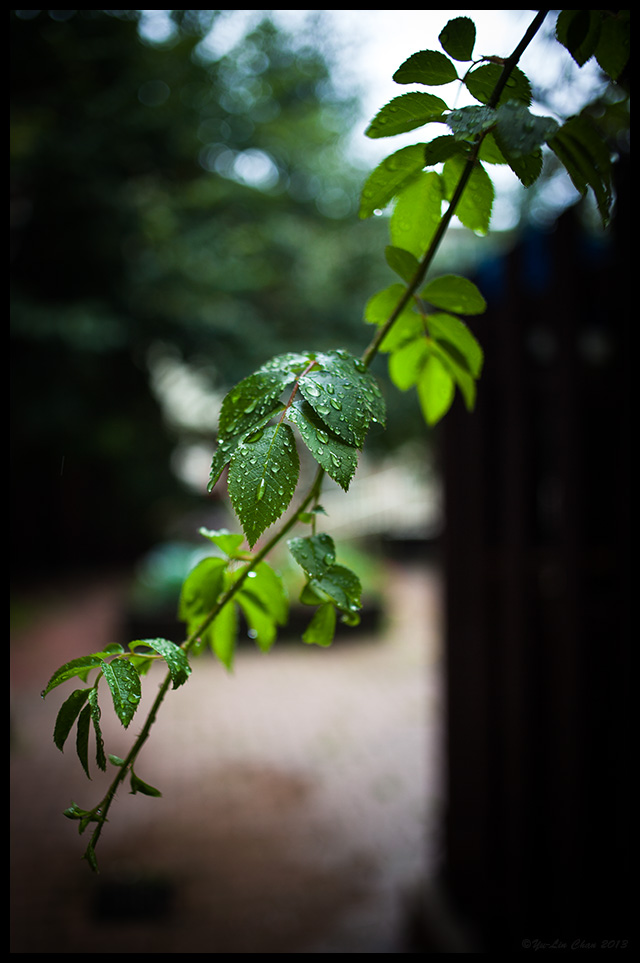 Before getting the Canon 5D Mark II, full frame was in my mind all the time, despite my love for the NEX series of cameras. I had 3 full frame DSLRs before the 5D Mark II, the original Canon 1Ds, the Kodak SLR/c, and the 5D classic. All except the Kodak, which I only had for a few months, produced some of my favourite pictures and I love the image quality from them, especially when used with the Canon AF lenses. The mirrorless cameras made me realized that great image quality can be had in small packages. But full frame was like a dark current that kept pulling me over to the deep end until I could no longer bear it, and bought the 5D Mark II.

Very happy with the image quality.  In fact, I probably won't need anything better than this for a while. The only drawback is the size and weight, which is more inconvenient to take with me to work everyday in my backpack. But, once in a while, I do take it out and shoot. This time it was with the Canon 100mm f2.8L IS macro lens. This lens is probably one of the sharpest macro lenses on the market, by any maker. The image stabilization is amazingly effective, even in macro mode. I used it as a general purpose lens and didn't shoot much in macro mode. The focal length is quite versatile, from macro to portraiture and even landscape. If I don't need the longer working distance for macro shot, I would take this lens any time over the heavier EF 180mm f3.5L macro lens, which hadn't seen the light all year so far. The 100mm f2.8L is definitely one of the lenses that you should own, if you shoot Canon.

I am sure many people will wonder what the difference is between this lens, and the Tamron SP 90mm f2.8. I have both lenses and I have been trying to do some comparison shots but never seem to make it happen. Perhaps in the coming week, if time permits. 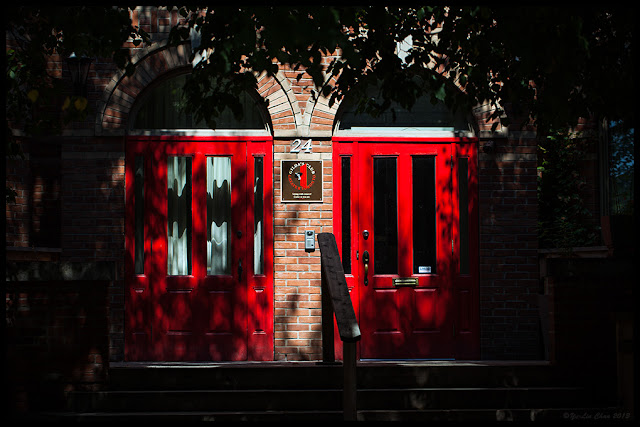 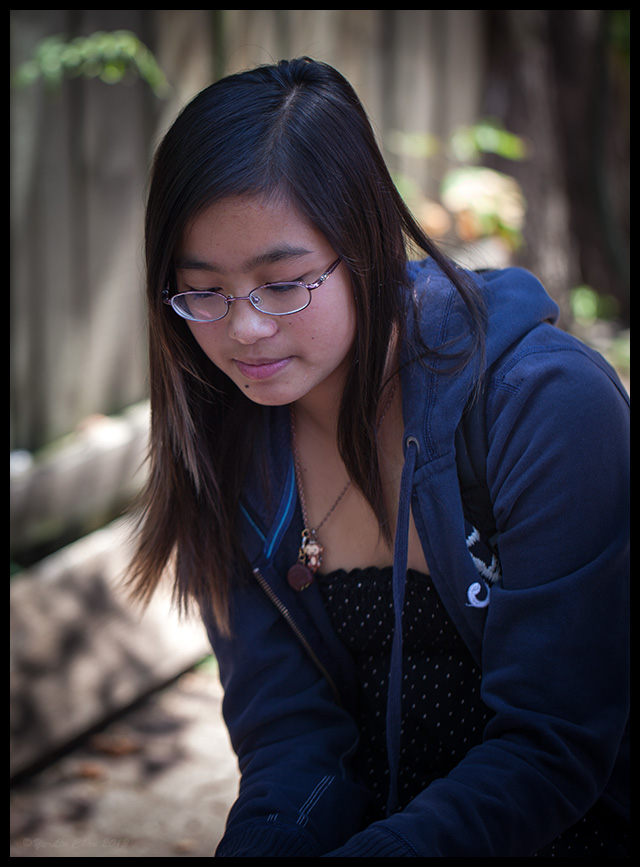 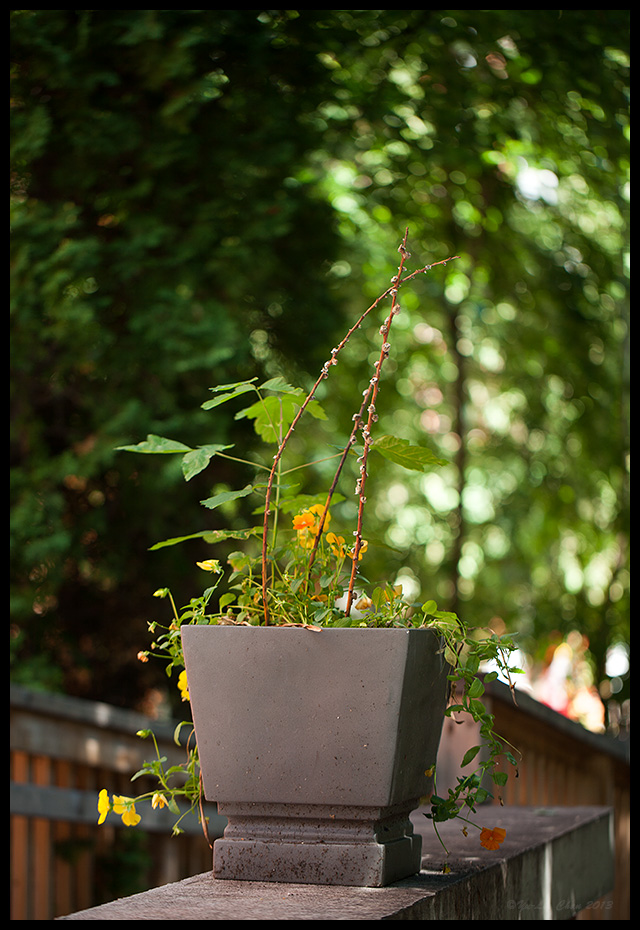 Today is labour day for both the USA and Canada. We took two of the kids who needed shoes out shopping. Most shopping places were closed for the holiday. For those that were open, it was, well, people mountain people sea! We went to the Eaton Centre and the mall was packed. Too crowded for my liking. We ended up shopping outside of the mall and found some places did open. As usual, the wife did all the hard work and I just took out the camera to catch up for all the shutter therapy I had missed. Note that most places do not allow photography inside the store but some are ok with it. 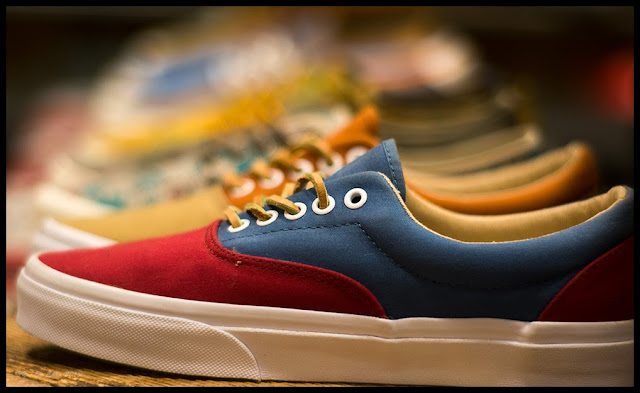 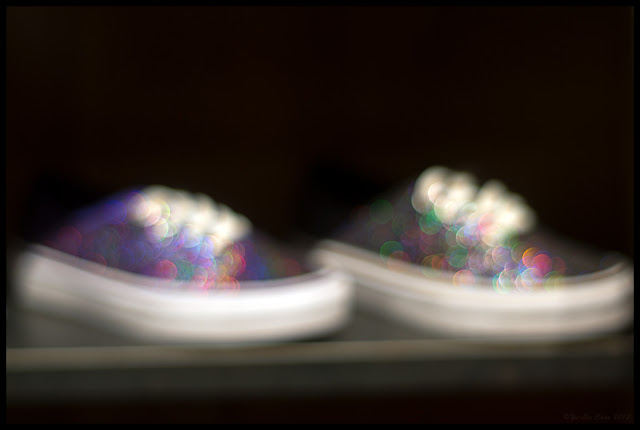 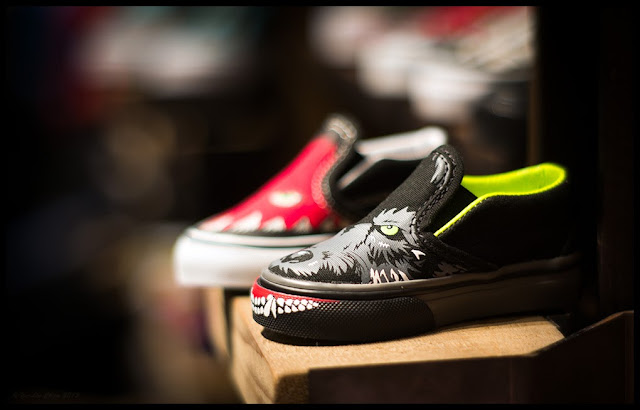 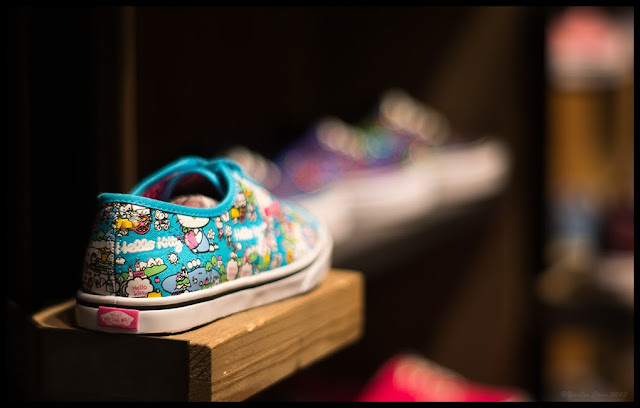 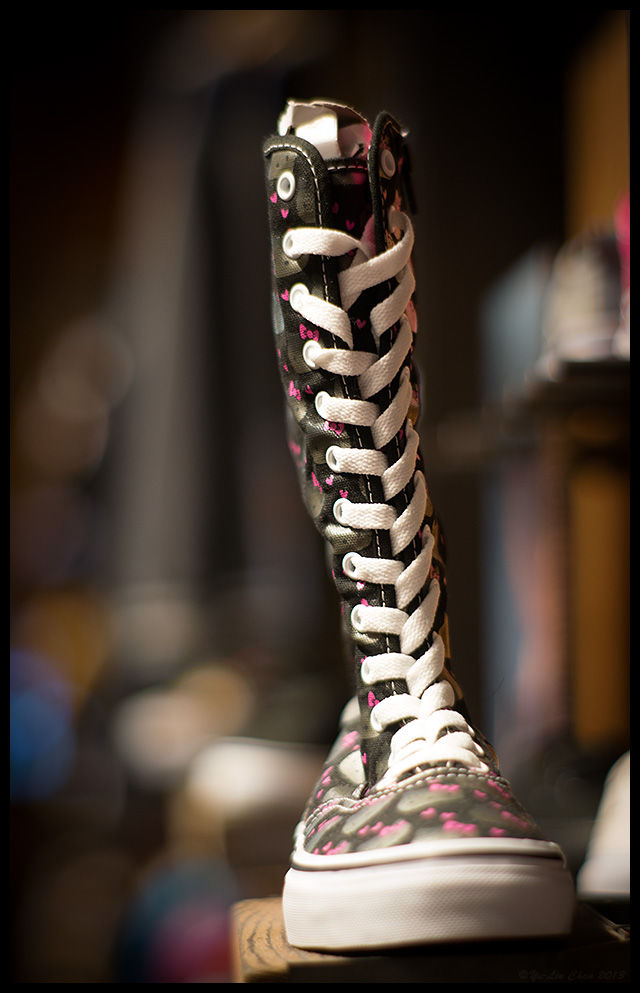