Dillon, Megan and I signed up for the Muskoka bike ride organized by MEC, and lead by Michael and Dede Berry.  This was our first organized group ride and it has been a great experience.  The ride started and finished in Gravenhurst, a town in the Muskoka region, and the birthplace of Dr. Henry Normal Bethune, a doctor who gave his life in helping others. The ride was divided into two course, one for 90KM and the other was 160KM.  Megan and I did the 90K while Dillon did the 160K. 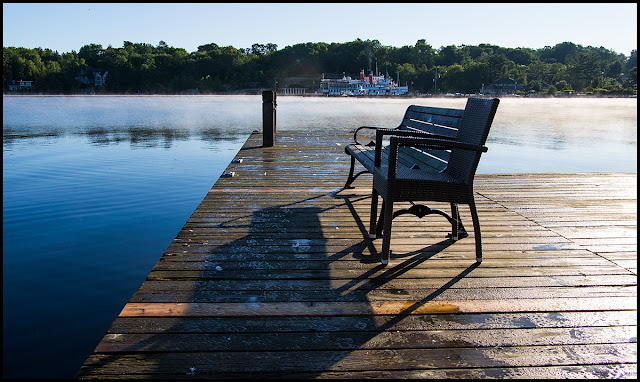 Being the first time in a group ride, I never saw so many nice bikes in one place!  There were many Cervélos, especially in the group that rode the 160K route, a testament to great bikes made by a Canadian company.  Of course, there were many high end Specialized, Trek, Colnago, Ridley and other nice bikes.  One brave soul was there with a Supercycle mountain bike with big tires.  If he could finish the course in that bike, my hats off to him. 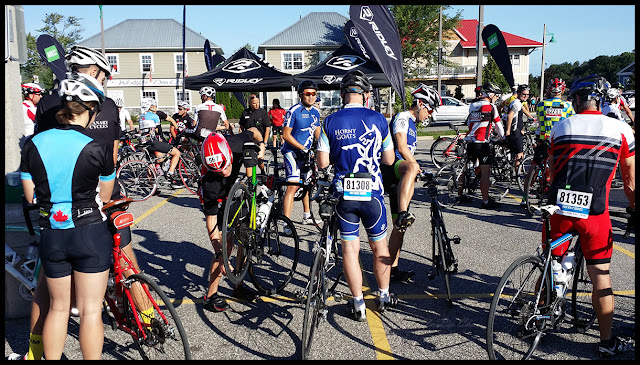 Getting Ready for the ride.  Picture taken with a cell phone.

I am not going to lie, even for the 90KM (actually it was slight longer than 100K as measured by my, and other's bike computers), it was extremely tough for me.  It was relatively easy for the first 50KM, as we started fresh in the morning with full strength, but as the ride went on, we faced lots of steep hills, and this proved to be too much for Megan, who was feeling dizzy and I was concerned that she might faint.  At about 60KM, she had to be picked up by the MEC staff and driven back to the base.  Understandably, she wasn't happy that she couldn't finish the ride, but it's better safe than sorry. 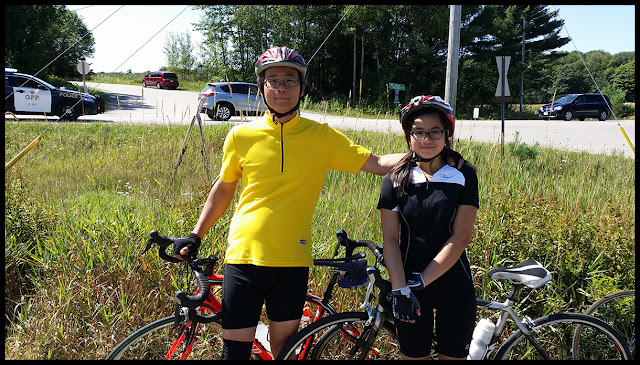 Break at one of the Pit Stops at Port Carling (50KM mark).  This is the cut off point for the 160K ride.  Any rider who didn't make it here by 11:30AM would be directed to the 90K route.  You can see a police car in the background.  They were directing traffic at a few points of the ride.

Here I must say that the ride was extremely well organized.  The routes were well marked with signs, and at critical turning points, staff were there to direct riders to ensure they didn't turn to the wrong route.  There was medical units with patrols cars.  One of the cars stopped by when they saw we were walking up the hill, and Megan was picked up and driven back.  There were four Pit Stops along the way, and they were stocked with complimentary energy gels and bars and water, with bike mechanics there in case anyone's bike needs service.  It really ensured a peace of mind and made the ride much more enjoyable.

I finished in 5 and a half  hours, with breaks and some walking with Megan.  The last 20K was brutally difficult with lots of hills.  Near the end of the 90KM, I kept telling myself it was almost there, but it wasn't.  The route was about 102KM long.

Dillon finished the 160K route in 6 and a half hours, only one hour behind me for almost twice the distance, which was amazing, considering he was riding a heavier bike.

At the end, I was very tired, especially the neck and the leg muscles.  I felt shamefully and utterly out of shape, though I was happy to finish the ride. 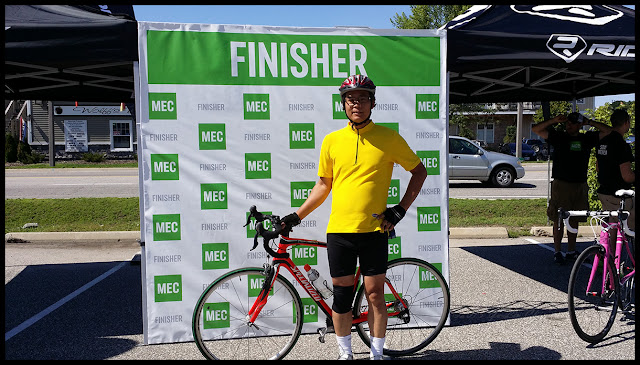