The Jadran, or Captain John's Seafood Restaurant boat, was towed away from its location of 40 years today.  In its hay days as a restaurant, it was a popular place for dining but things turned really bad in its later years and was eventually forced to close few years ago.  The Toronto Port Authority wanted it gone long ago but couldn't find a buyer who could safely move the boat.  At the end, it had to pay to get it towed to Port Colborne to be recycled.

Despite the many people who said the boat was an eye sore, I really didn't mind it.  Over the years, I have had many pictures taken of it, especially the last two years, where my work place is right next to the boat.  I think I will miss its presence.  The dock where it used to be, is already looking empty. 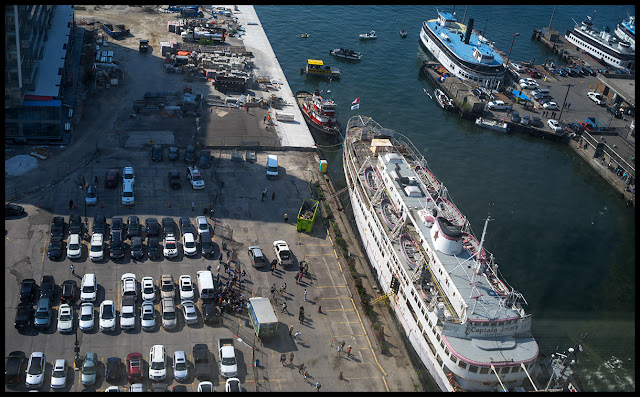 At around 10:30, media and onlookers gather around the boat. 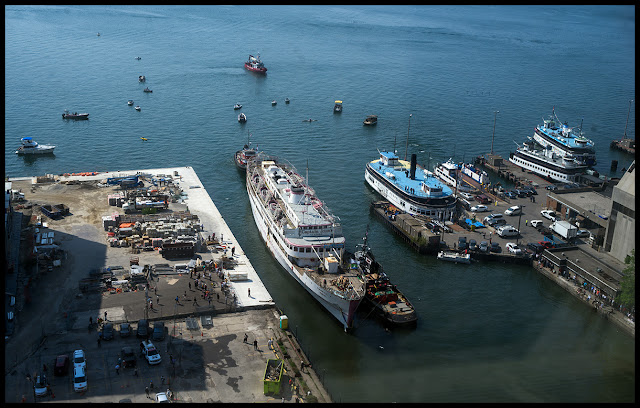 Flanked and pulled by two tugboats, Captain John's was slowly leaving its resting place of 40 years 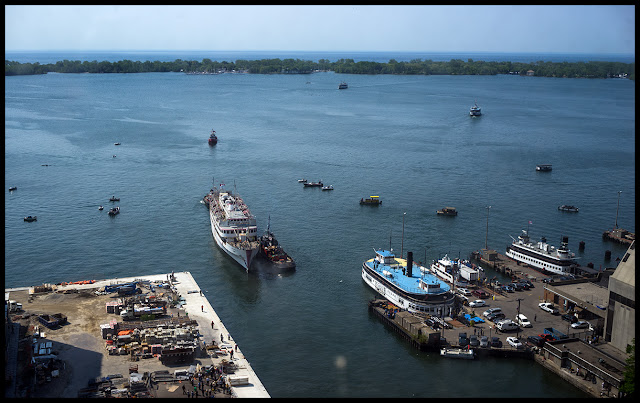 Quite a few boats gather around to watch this "historical" moment. 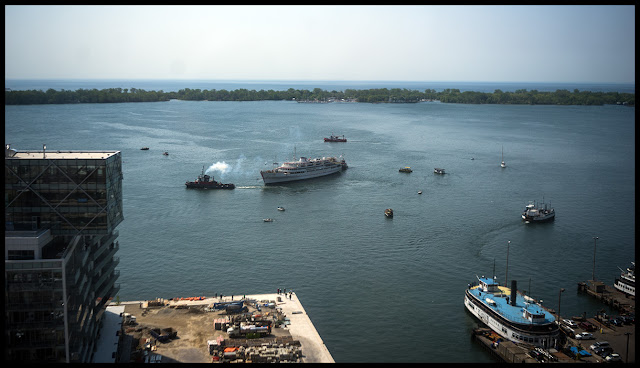 Goodbye, Captain John's.  You will be missed.