If you have a Nikon film camera with manual focus lenses, and you have just upgraded to one of Nikon's entry level DSLRs, you may find that the lenses you have do not work well with your new DSLR.  It simply won't meter and you can not set the focal length of the lens.  But, if you own a pro or semi-pro Nikon body, this is not a problem at all.  You can use any manual focus lenses, as long as you can mount it, and it will meter and stop-down if you set the lens data in the camera.

The inability to use legacy lenses on some of Nikon's DSLRs baffles me.  None of other camera makers does this.  On any Canon, Sony, Olympus, etc., one can use Aperture priority or manual mode and the camera will give you the correct exposure.  The mirrorless camera does  this better than the Canon as the meter always seems to overexpose as you stop down, but at least it's not crippled and you just need to dial in the proper compensation.

I was recently given a Nikon 1 V1 with a 1 inch sensor, in exchange for some work I did.  I thought I could finally use some of my c-mount lenses that have small image circle and are not fully usable on the M4/3 or APS-C cameras.  Upon some research, I found that the V1 (and probably all the Nikon 1 cameras) would only work in manual mode without any metering for manual focus lenses.  Every time I take a picture, I will have to set/check exposure. WTF?  And this camera has no live histogram!

On the other hand, the D810 works well with legacy lenses.  Why Nikon cripples basic features on some of their cameras that are available in all other brands' cameras is a mystery to me. 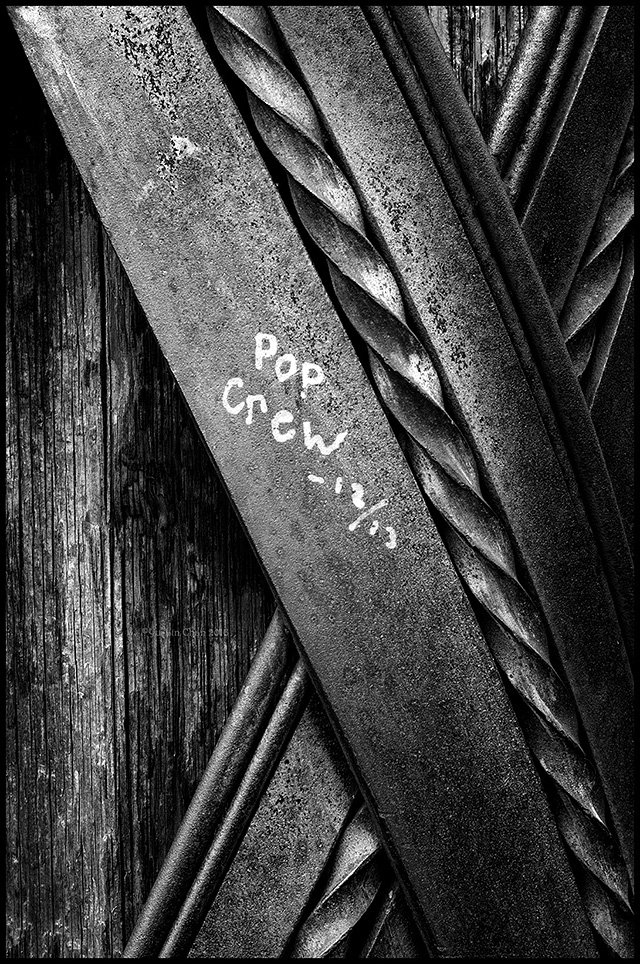 The original Canon EOS-M, introduced 4 years ago, was sort of a laughing stock among mirrorless cameras, especially when it comes to auto focus speed.  If you haven't watched the "Mirrorless Party" video, or its sequel, done by The Camera Store, you will get a good chuckle out of it.  You may not know it, but this is the 5th iteration of the M line.  We had the original M, M2, M3, M10, and now M5.  Why the fourth model was M10, only the genius of Canon marketing knows, but the M5 is back in the proper place, as far as model number goes.

I had zero interest in the previous M cameras, simply because none of them had built-in view finder, electronic or optical, and the feature set was pretty spartan with a lackluster sensor to boot.  I care not much the lenses, as I would be using manual focus lenses most of the time anyway, but it is always nice to have the option of auto focus lenses, especially primes.  The M line has no fast primes, except the 22mm f2, which I heard is actually quite a nice lens and is affordable.  Canon has many low cost and excellent primes for the EF line, and those can be used with an adapter that supports full AF operations, but then again, mounting those on the M with an adapter would make it look bulky.

One of the aspects of this camera that slightly interests me, is the improved sensor.  The dual pixel AF should speed up the focus speed  considerably compared to previous M bodies, but I would not expect it to be even comparable to the newest mirrorless cameras from Fuji, Olympus, Panasonic, or Sony.  If the sensor in the 5D Mark IV is any indication, the one used on the M5 should have similar performances in terms of noise and dynamic range, which is definitely a step up from previous Canon sensors.

The downside?  It's not full frame.  I am not a full frame snob.  I still have the APS-C NEX-6, two M4/3 cameras, and now a Nikon 1 V1 with a one-inch sensor, but I have gotten so used to the look of full frame sensor that I use it most of the time.  I wish Canon would produce a full frame Mirrorless using current sensor technology.

So yeah, I won't be getting the M5, but it's getting interesting.  The build is definitely more robust than previous Ms and hopefully, this one will become the entry level model, and a more upscale, full frame M1 [note the missing 1 in the M line, reserved for the top of the line model :)] is in the works. 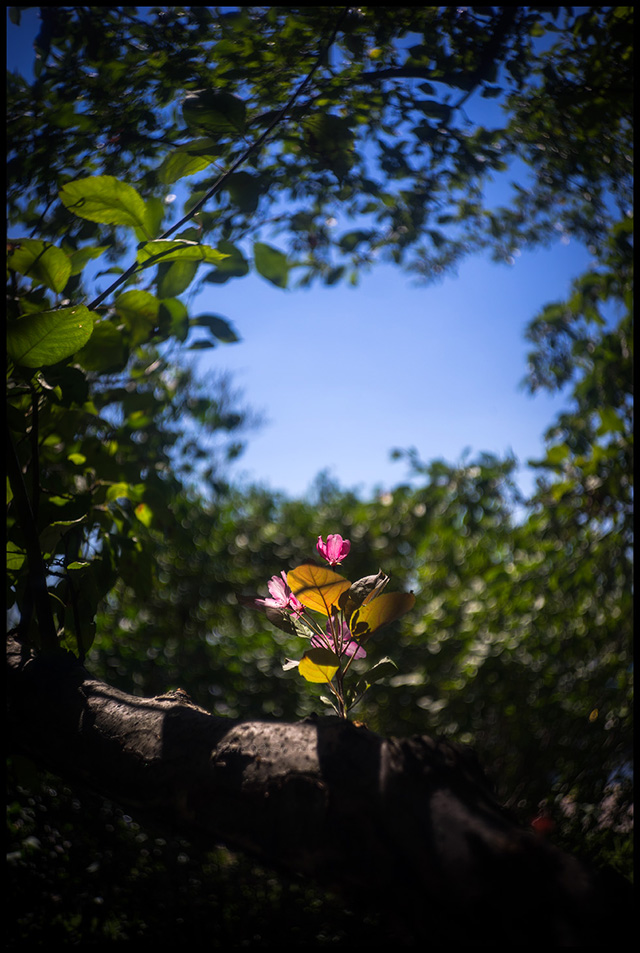 I was held captive for 10 minutes this morning by a single leaf that fell on the ground.  The yellow leaf, detached from the tree, seemingly smiling under the golden morning sun ray, hit me with such force that I had to stop, put away my bike, looked at it for a moment and then took out my camera.  I never question the power of nature to affect the emotion of human beings with its beauty.  In this case, one lone leaf left me awestruck.  Spent the next 10 minutes photographing this leaf in various positions.  Below is one of the frames. 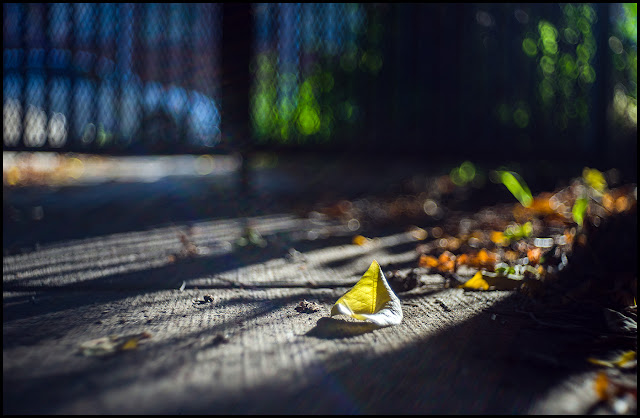 Posted by Lens Bubble at 9:27 PM No comments: