I was looking forward to this show, but at the end, it was a huge disappointment.  Oh well, higher expectations would yield bigger disappointments.

I was hoping I could find some nice large aperture rangefinder cameras that I could get to play with, but all I got was a Canonet 19 and a Konica S2, both with a stuck aperture.  Not exactly a bargain at $15 each, but hopefully I can use them as practice pieces to fix the apertures. 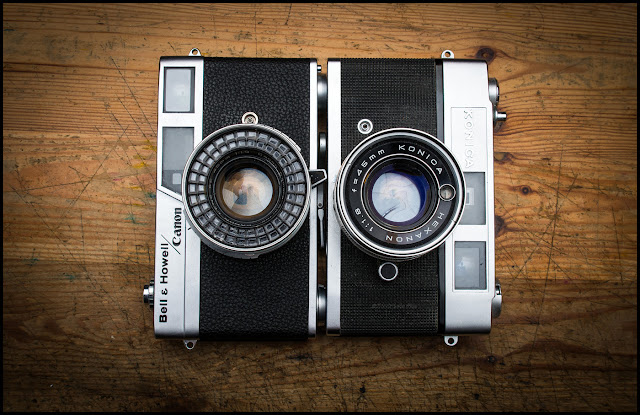 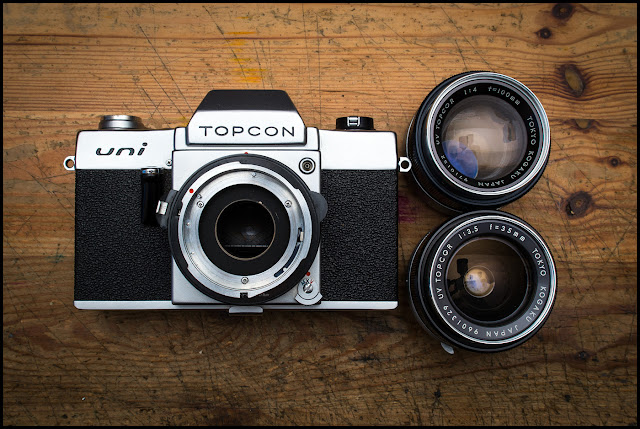 I seem to have a couple of A. Schacht lenses so I picked up the 50mm f1.8 Edixa-S-Travelon-A to expand this new family :)  The lens has a slight dent on the rim, a small disappointment.  Hopefully it's not de-centered.  Way overpaid at $50. 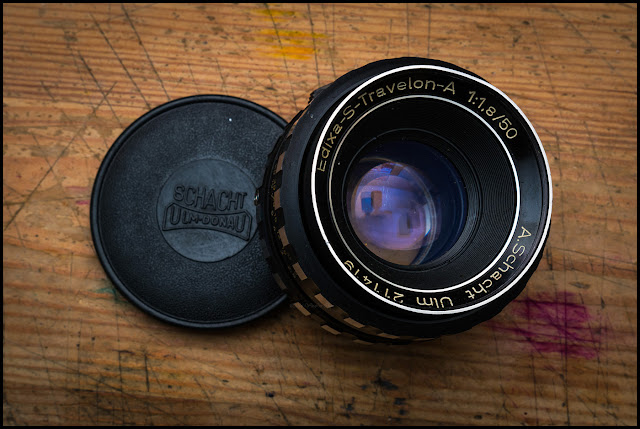 Lastly, a Russian Industar 75mm f3.5.  At first I didn't know it was an enlarging lens.  This lens has a very nice built-in hood that's not removable.  I like the focal length so why not.  $20.  Hopefully it will be a nice picture maker.

That's it.  In a way, I am glad I didn't spend too much money at the show.  On the other hand, I am disappointed that I didn't get anything interesting.

Another, larger camera show next month.  There is hoping, again :)