This is one of my favourite lenses as a macro lens or as a general purpose lens. I have had it for many years and when I bought it, it was in pieces, literally. It took a long time to get it back in working order, and it has become my most used macro lens, along with the Zoomar Kilfitt 90mm f2.8 Makro. Image quality from this lens never disappoints at any aperture. It's also one of the few lenses in Yashica Contax mount that were made in Germany. Heavy and well made, it's a lens to be used and treasured. 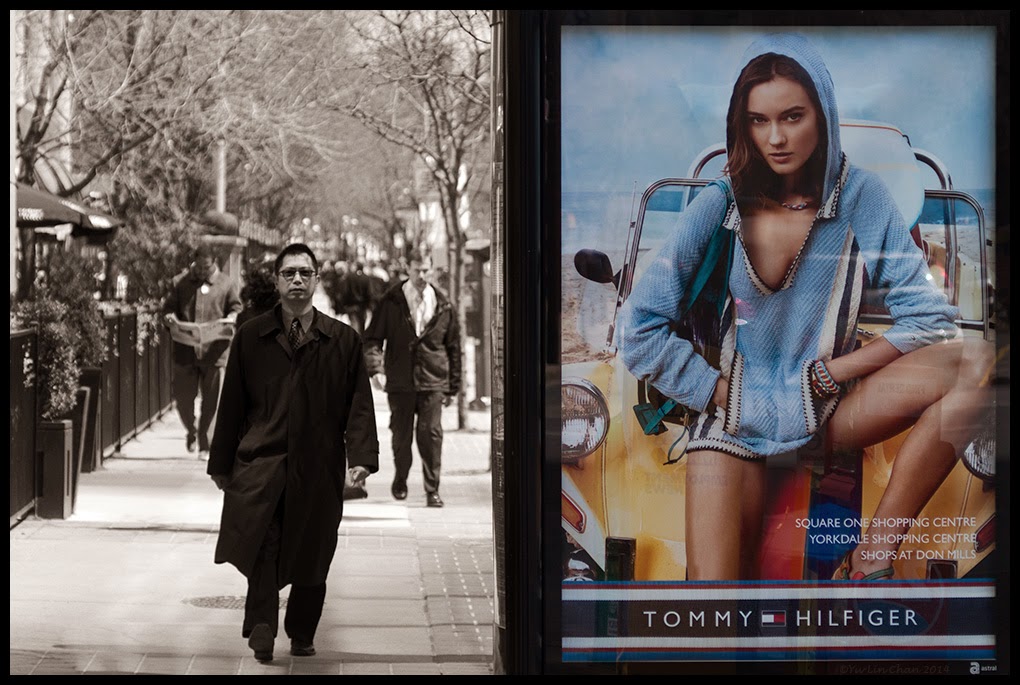 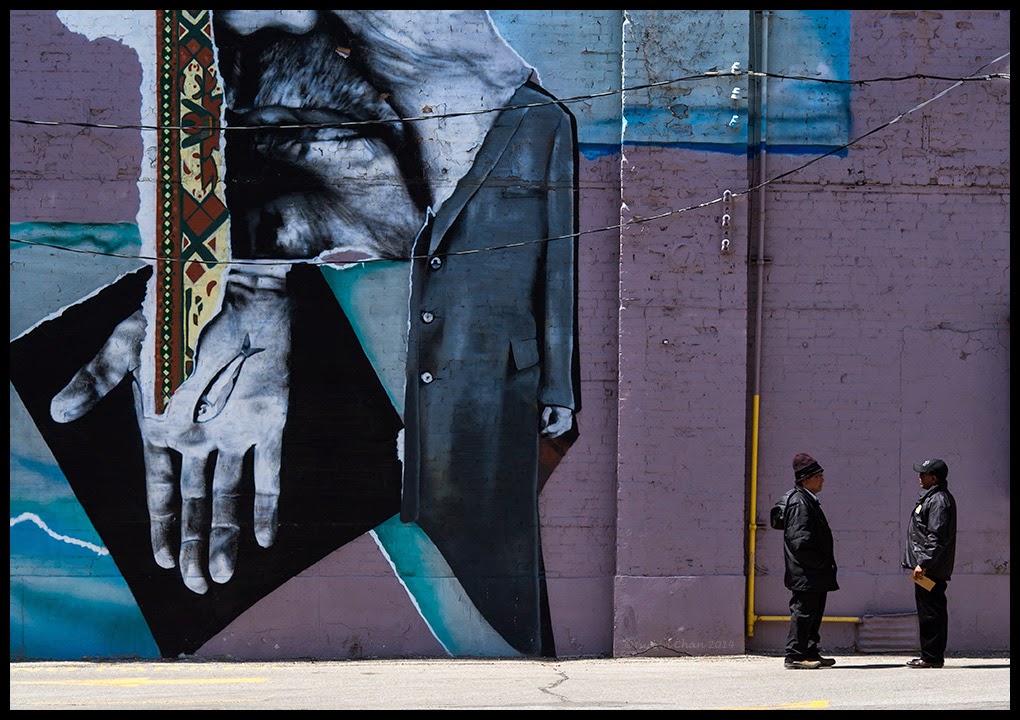 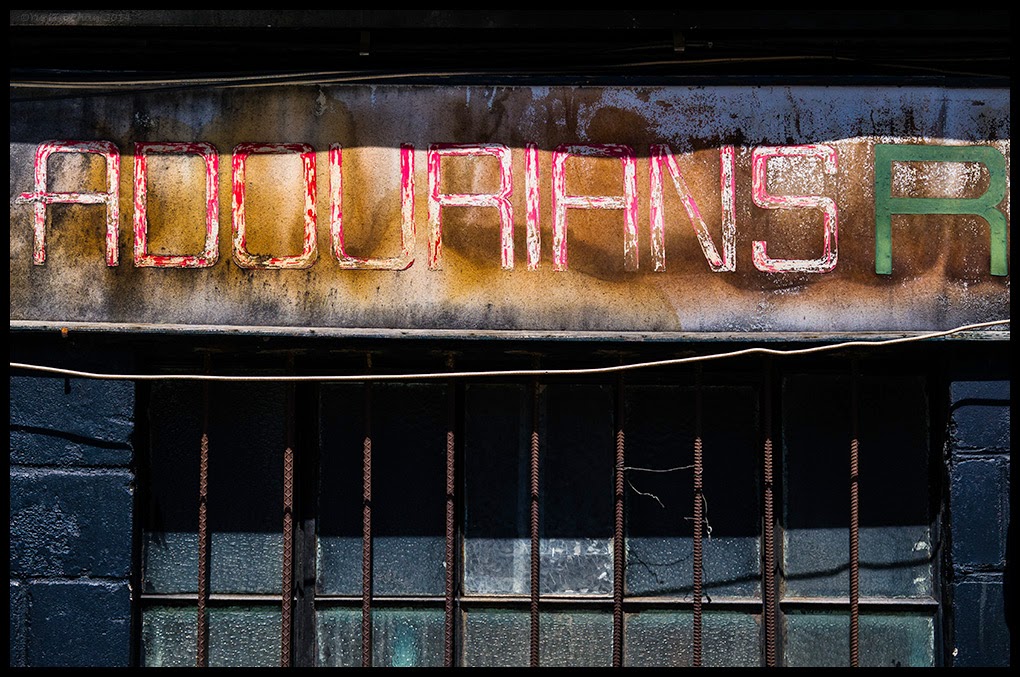 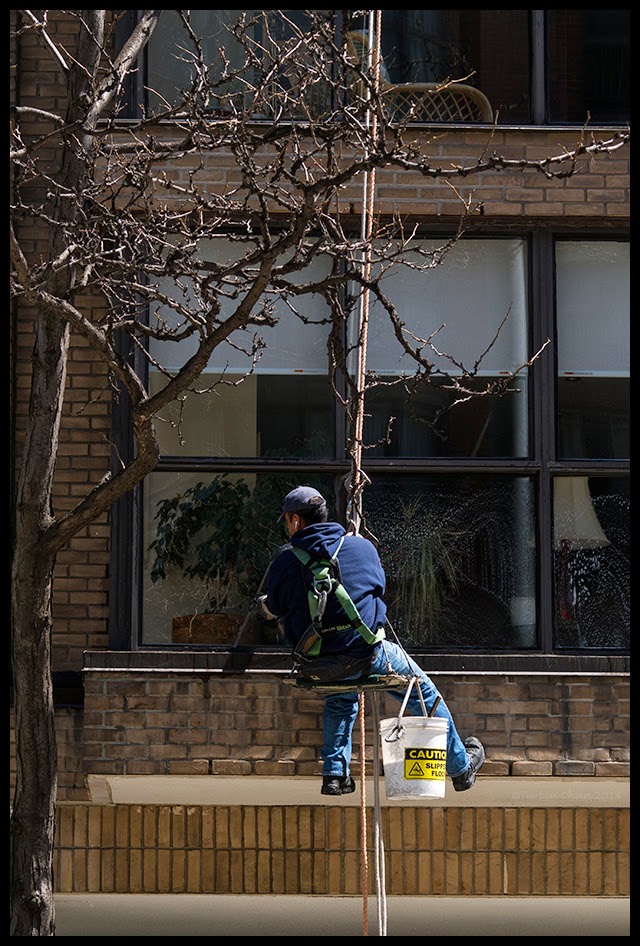 Last week, Megan and her team mates competed for her school's swim team in the Toronto City Finals for swimming. She came in first place for her event. This was her redemption for the heart broken result of the same event in 2010, where she stopped, thinking it was a false start but wasn't. This makes her victory extra special.

Megan is an agile swimmer.  She has consistently won first place in most events for the local swim meets. It's a feast for the eye to watch her swim, especially in a competition.  But victory does not come easy without hard work. We enrolled the kids in the swim program as well as the swim team in the local community centre very early on.  For many years, they practice twice a week in the local swim team, and sometimes, an extra day for the swim program. It takes dedication and perseverance, both for the parents and the kids.

There are lots of benefits for enrolling the kids in local community events. Kids get to interact, compete, and collaborate with others. They get to learn about sportsmanship and to experience both victory and failure.  Most importantly, they learn to set goals and how to achieve them.  Both Megan and Dillon have taken extra courses related to jobs offered by the city for youth, especially courses offered by the Life Saving Society to become a lifeguard.  Megan is still too young to work, but Dillon has been working with the city for the last two years in various jobs.  Early this year he completed the necessary courses and is now fully certified as a member of the Canadian Lifesaving Society and he was offered a job as a lifeguard this summer for the city.  The jobs teach the kids about responsibilities, time management (school and work), money management (what to do with the money earned), and self-esteem.  The benefits are enormous and the experience builds a good foundation for future career and life skills. 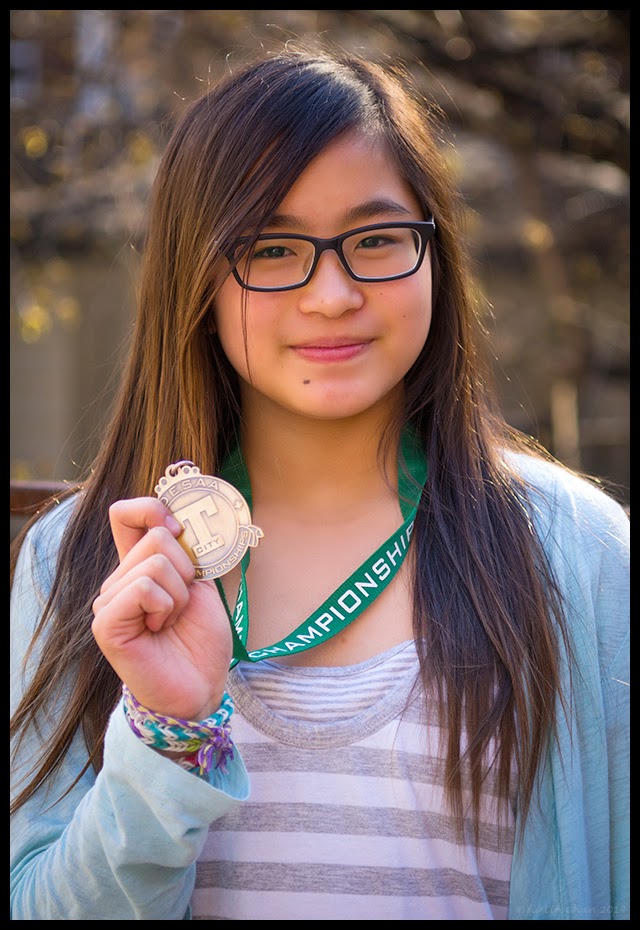 For some reason, I have been itching to bring out the Infrared modified camera and shoot some IR pictures. The weather has been finally cooperating, and I took this opportunity to try an autofocus lens with the 20D. It's a known fact that IR spectrum affects the focus point; most camera's AF system are calibrated for visible light and if you take a picture with the default AF, the picture will come out blurry. For this reason, AF lenses are not very good for IR work, as you would always have to focus it abit behind the indicated focused point. For lenses with USM that support full time manual focus, this is much easier, but still, it's hard to know the exact amount of focus shift you need to do in order to attain critical focus.

I tried the Canon 16-35mm f2.8L II lens today with various degrees of success. For starters, this lens is not a good lens for IR. It has a large hot spot in the centre of the frame, even when there is no stray light hitting the lens. Almost all Canon USM lenses allow you to focus beyond infinity, and that's what is needed to achieve infinity focus for IR. Most pictures turned out to be in focus when the lens was set beyond infinity to the maximum allowed. This is good for pictures that focus to infinity, but not too good if the focus distance is closer. Some experiment is required. This is the reason I like using manual focus lenses, especially the Pentax-M 20mm f4, for IR. When set to infinity, everything is pin sharp from a couple meters away at small apertures. 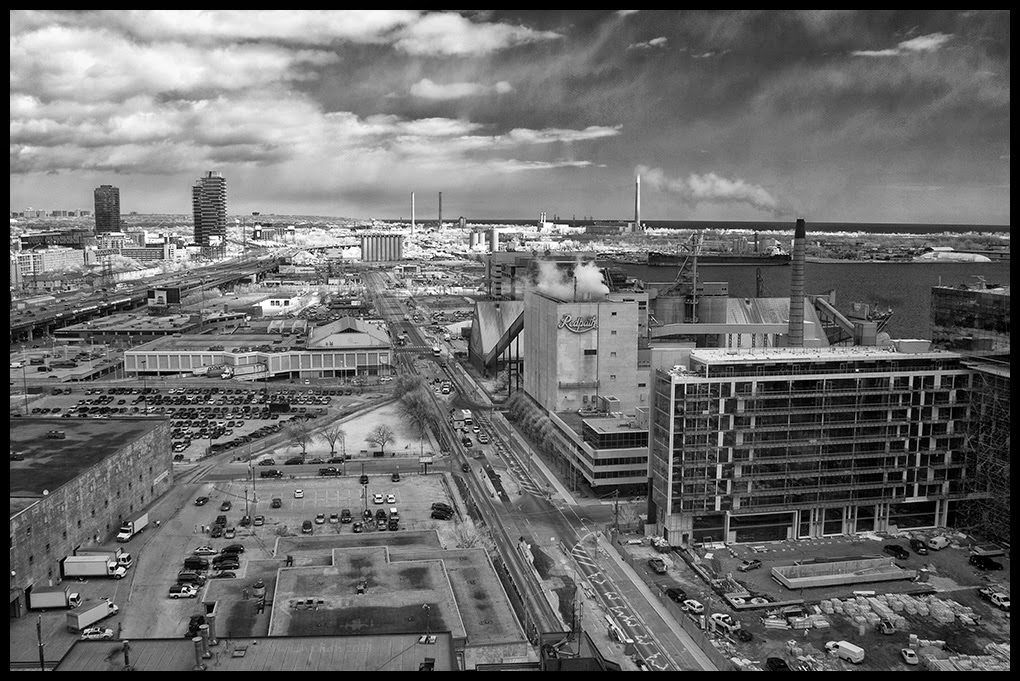 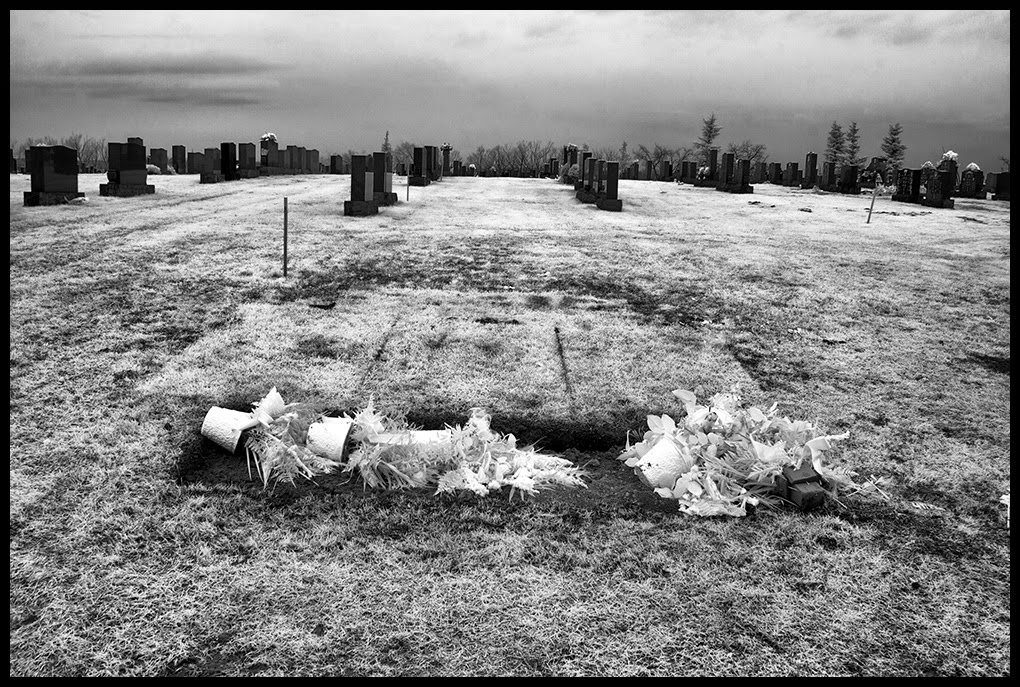 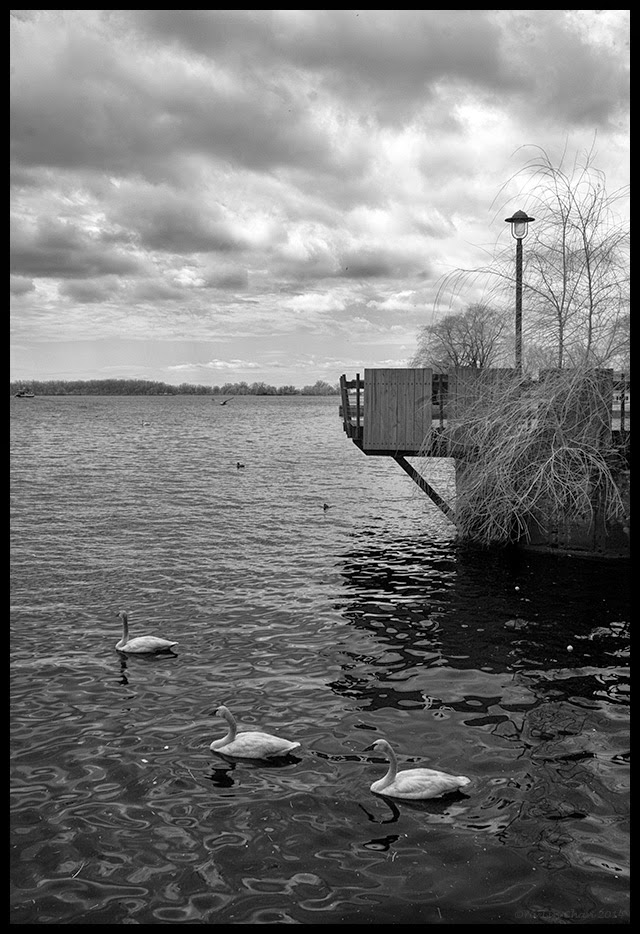 It's mid April but we got a few centimeters of snow today, and the temperature has dipped below zero again, after some enjoyable warm weather.  This winter is like an overstaying and annoying guest that won't want to leave. 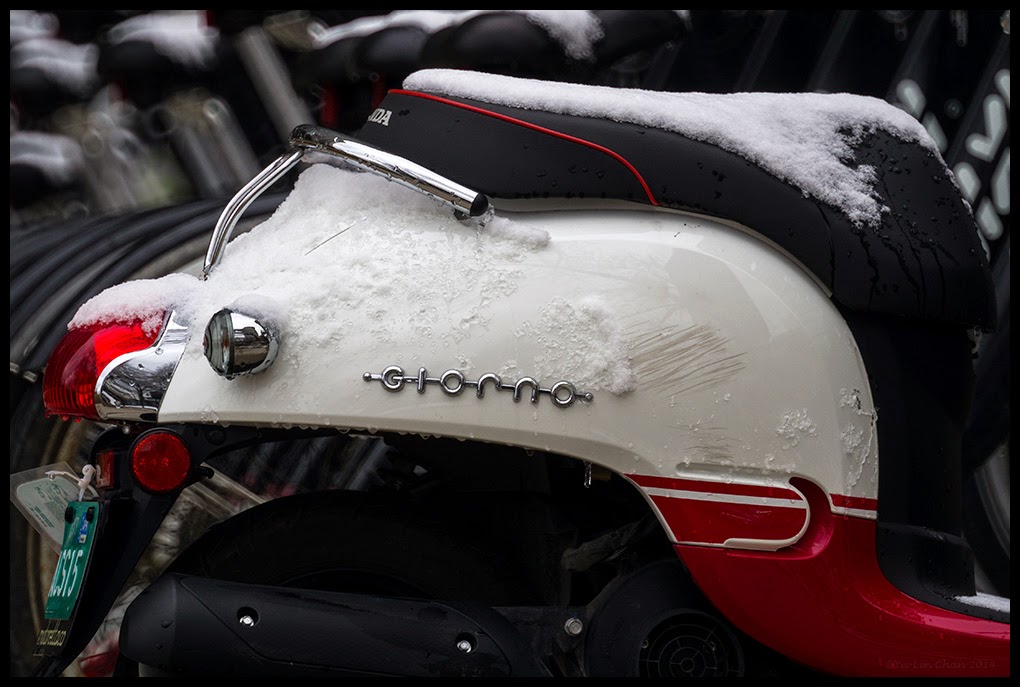 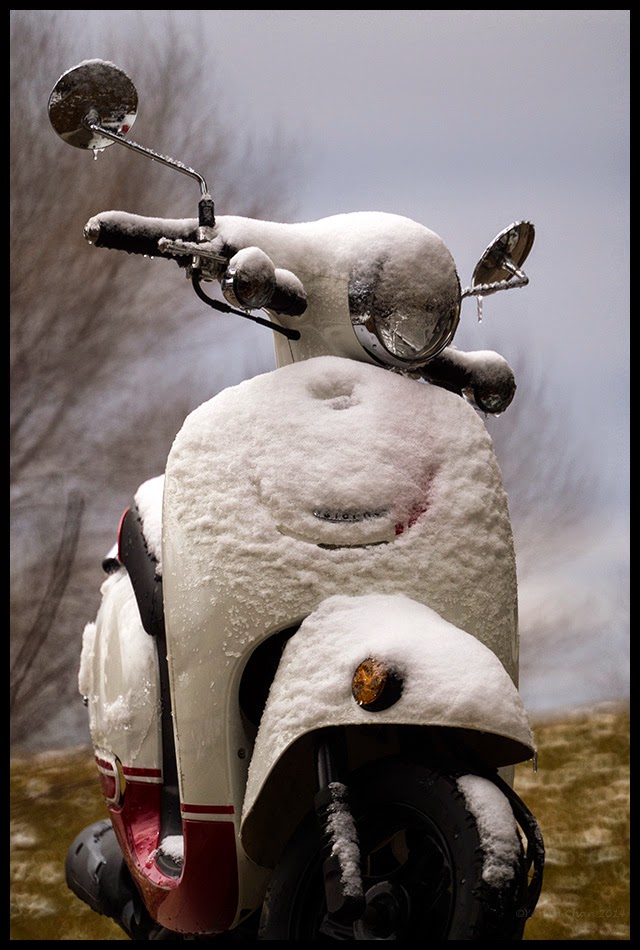 The depth of field of a 17mm lens is enormous. At f8, everything beyond a few meters will be sharp and therefore focusing is not critical at all, except at very close range. Basically, a lens like this can be used like an autofocus lens, except you don't need to focus. It really is liberating and allows you to focus on composition instead of worrying about focusing.

I do wonder, how it will perform on the Sony A7s, with a much lower density sensor. I do expect it to be better. 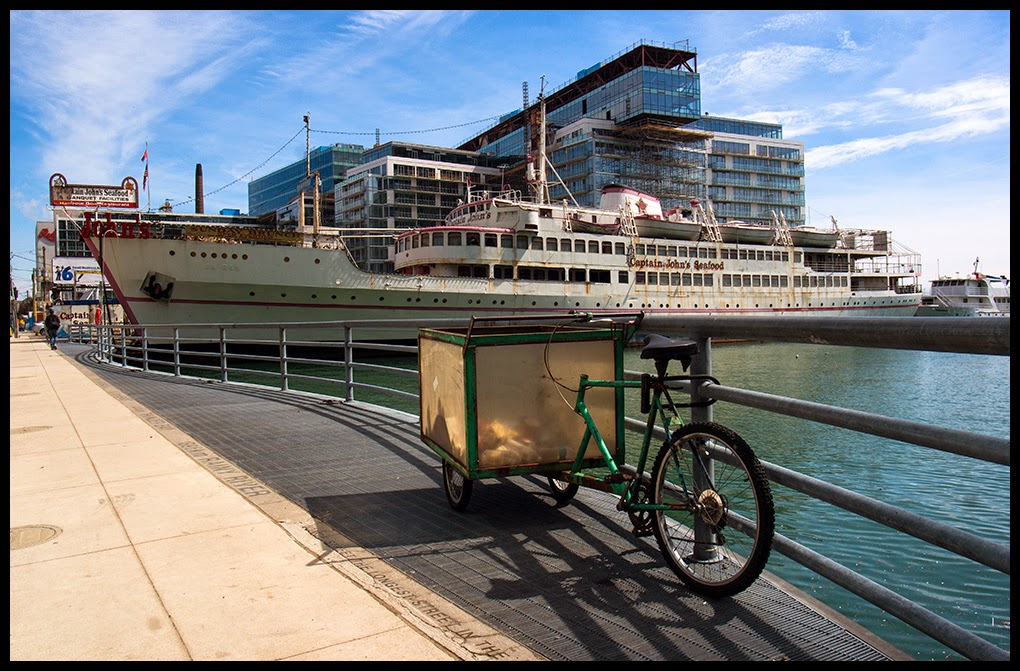 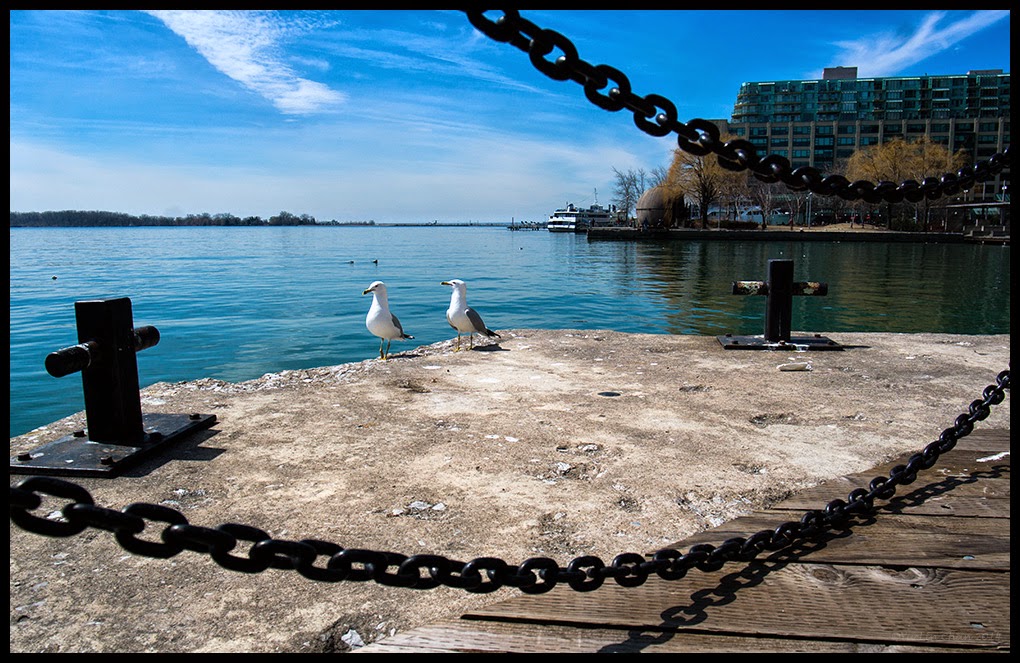 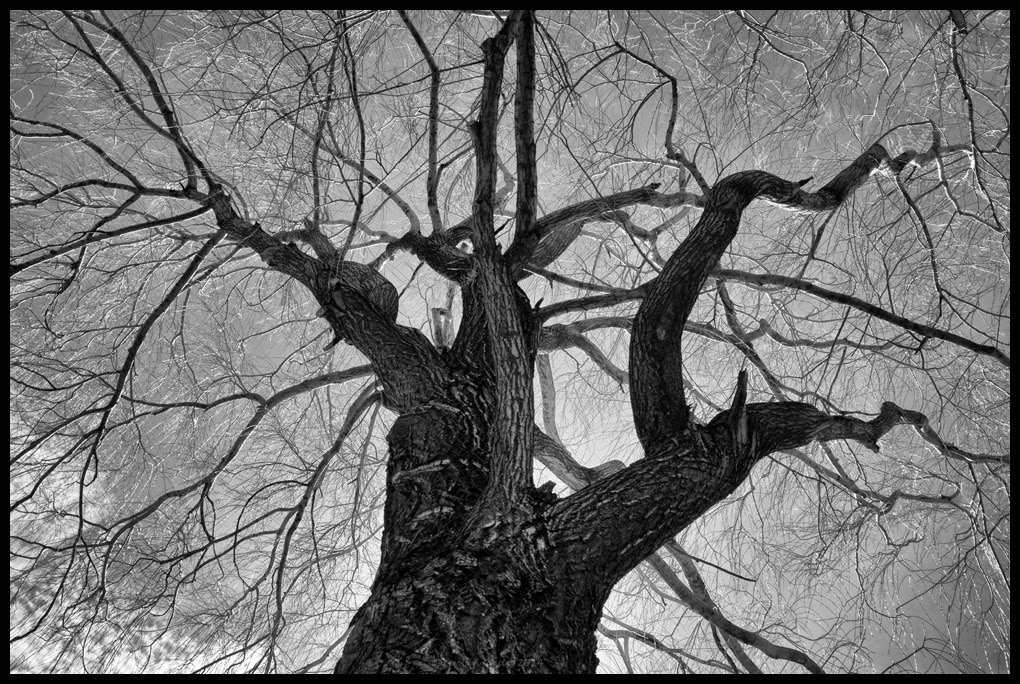 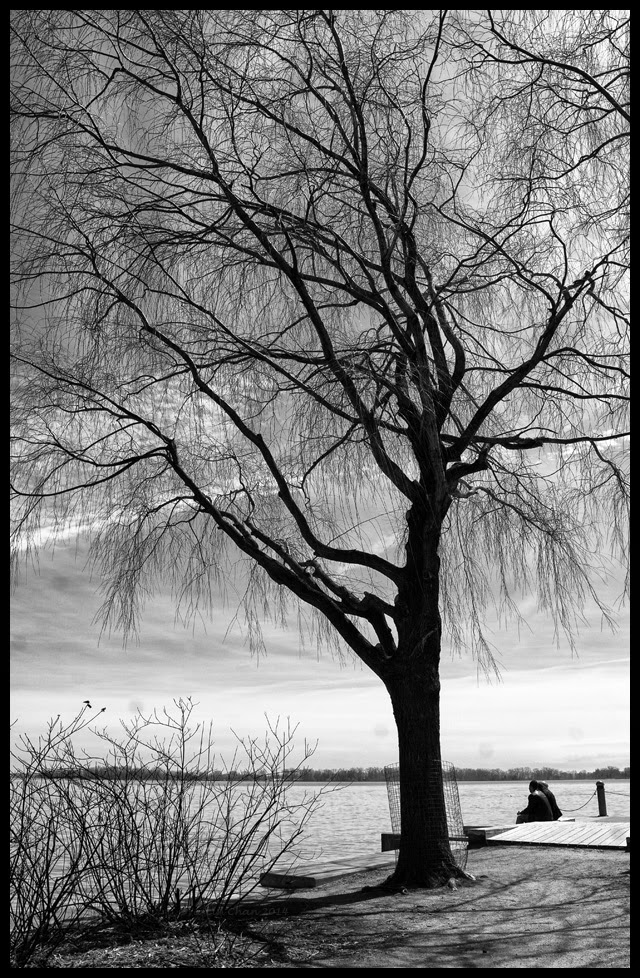 Sony A7s Pricing - How Much Will It Cost

By now you have probably guessed I am really interested in the Sony A7s :)

No one knows for sure, except Sony, how much the A7s will cost; it's all but a guessing game by everyone else. Some say it would cost $2500, others say it would be the same price as the A7. Personally, I want it to be priced around the A7, or very slightly above it. No doubt the A7s is a very interesting camera with phenomenon low light capabilities. For all intents and purposes, one may never need to carry, and use a flash again on this camera; it could literally see in the dark. This is its strength, as depicted by the S in the model name. Less so, is the 4K capability. The dependency of an outboard 4K recorder will limit the use of the camera in certain circumstances, and it will add bulk to the system. Video-wise, it certainly is not as indie friendly as the Panasonic GH4, which has internal 4K recording capability.

I think most people will buy this camera for its still picture capabilities. The already mentioned low light capability, the very high dynamic range, the compact size, and finally the small file (depending on your usage, of course), all together makes a perfect carry around camera. This is why I am so interested in it. I believe it would be wrong for Sony to price it at more than $2000, since it does not cost them any more to make than the A7; the only difference is the sensor, which I think should have better yield than the higher density 24MP sensor used in the A7, thus lower in cost.

I look forward to a reasonably priced low density full frame camera, as would many people who are interested in image quality and megapixels. Once people find out how good it is, they will not go back, barring any earth shattering sensor designs that trumps the A7s. 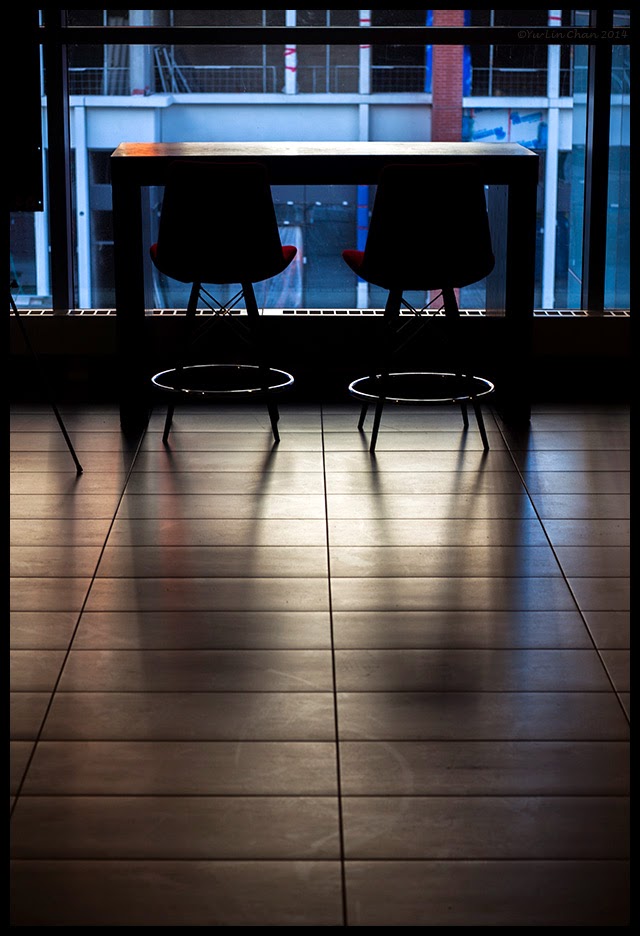 My Take on the Sony A7s

The dust has finally settled for the A7s. The live streaming from NAB 2014 certainly created a lot of buzz for this camera and forums and discussion boards were all in overdrive. Many expressed disappointment, especially those who are interested in the 4K video; this camera can not record 4K video internally, like the Panasonic GH4 can, and you will need a very expensive external recorder to record 4K video. I would be disappointed too, if I were into video.  Luckily I am not, and I am hoping this "flaw", combined with the low megapixel count will make the price of the camera lower!

I don't think this camera will be a phenomenon success for Sony, as it does not natively record 4K, and the pixel count is too low for many people. But it addresses many enthusiast's need for a small camera with the highest image quality and exposure latitude, without the insane high megapixels. This is my kind of camera.  I have been waiting for a camera like this since the Canon 5D classic. With today's technology, a 12MP full frame sensor should have mind boggling low light capabilities with high dynamic range. The low pixel count will much easier on old lenses too, which is very important to me, having so much old stuff.

If the price of the A7s is the same as the A7, or, hopefully lower, this will be my camera. It iwll last me for many years, seriously. 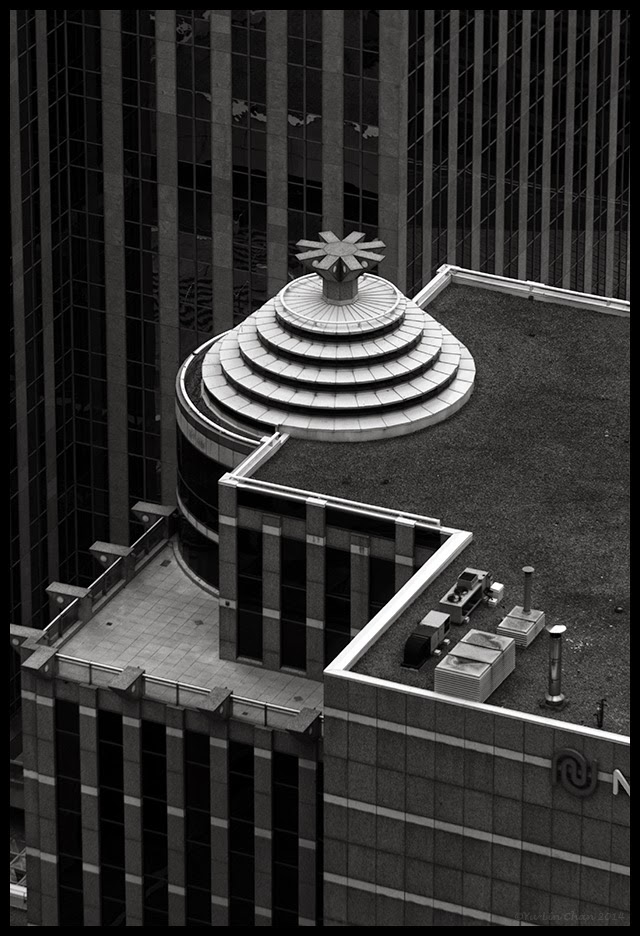 Sony Alpha Rumor has reported, with a "for sure" rating of SR5 rating, that a new Sony A7s is to be unveiled tomorrow at NAB, and it will shoot 4K video. Frankly, I don't much care about 4K video, at least not at the moment, and I am sure there are many people out there who do care. What's most interesting to me about the A7s, is the new 12MP full frame sensor.

Sony is swimming against the current of increasingly higher density sensors and created a 12MP sensor for this camera. Personally, I am very excited. I do not need 36MP, or 24MP, or even 16MP; 12MP will be a perfect compromise between enlargeability and file size. Imagine the golf ball sized pixels on this sensor that will have very clean high ISO, and it most older lenses will perform much better because of the low density factor.

Can't wait to see how the good the image quality is.  If Sony can keep the price the same as the A7, I will buy one. 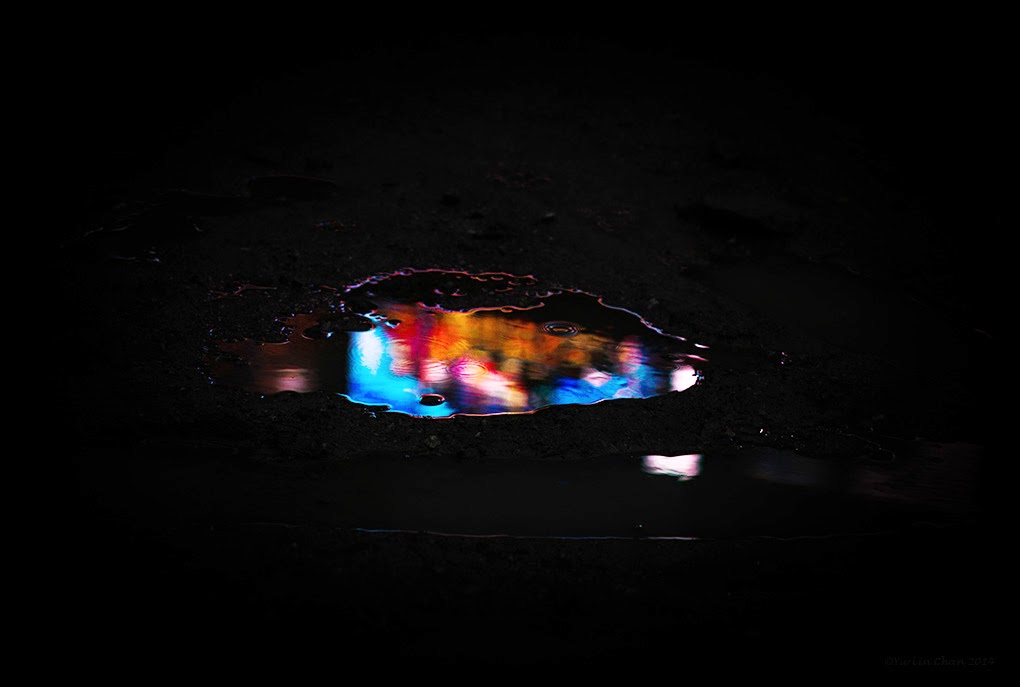 I am enjoying the Olympus E-M5, especially when it's used with longer lenses. The in-body stabilization system is extremely effective, even with a 200mm lens (400mm equivalent). I have used the FD 200mm f4 lens a few times now and it's actually not too bad, even for this non-multi-coated version. Certainly not a small or lightweight lens, but manageable.

By the way, I have noticed that Blogspot is starting to re-compress and make changes to the pictures I upload to the blog. If the picture is dark, it tries to lighten it up and making a mess of it.  The second picture you see below is much lighter than what my original picture is.  The Pigeon picture was so badly compressed that it showed artifacts.  I had to upload that one as a png format. I guess I have to start linking my pictures from Flickr again. 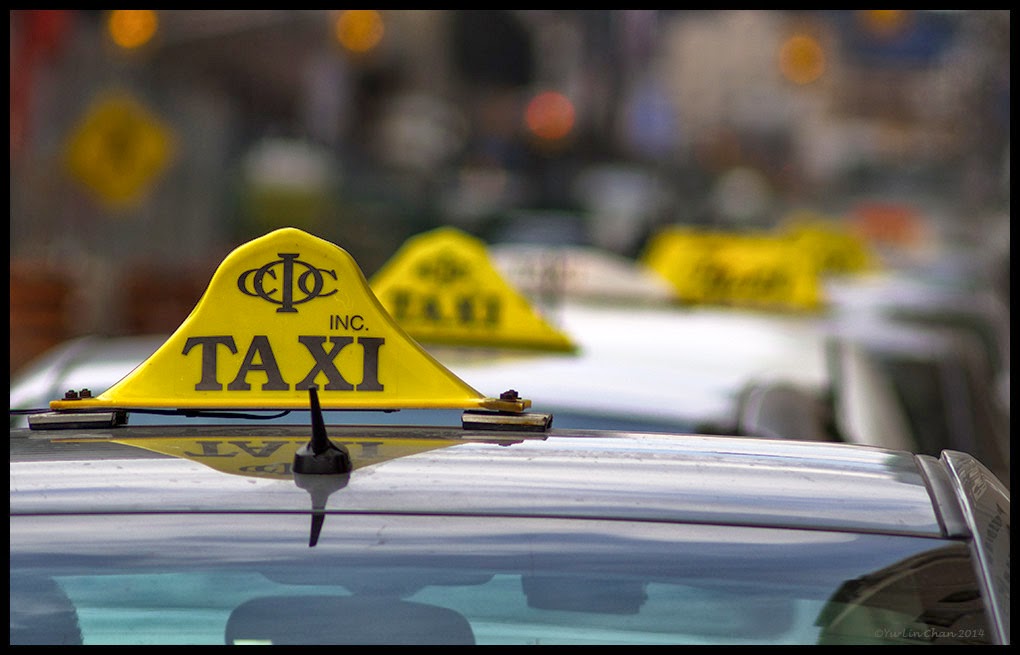 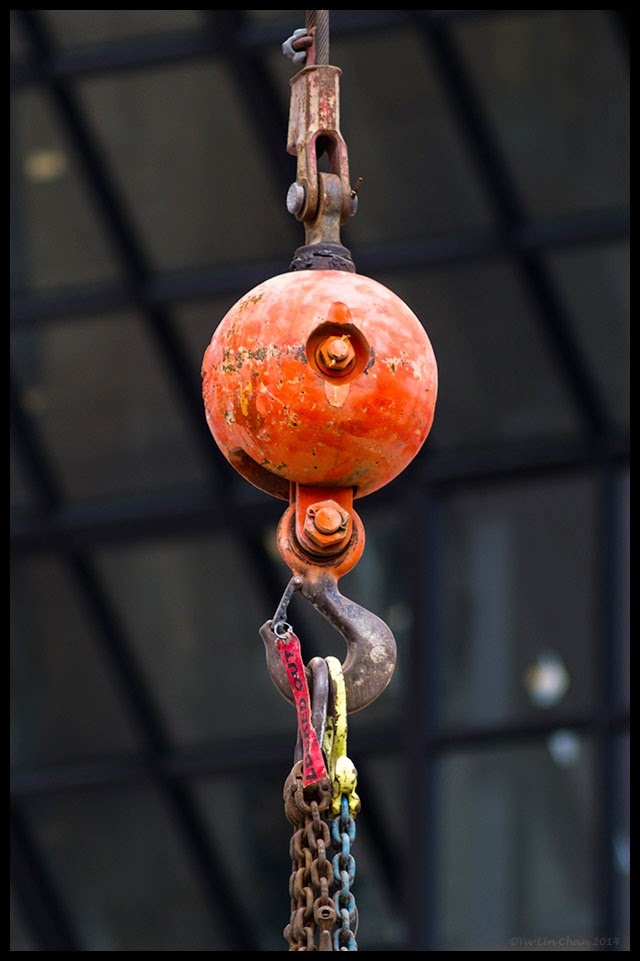 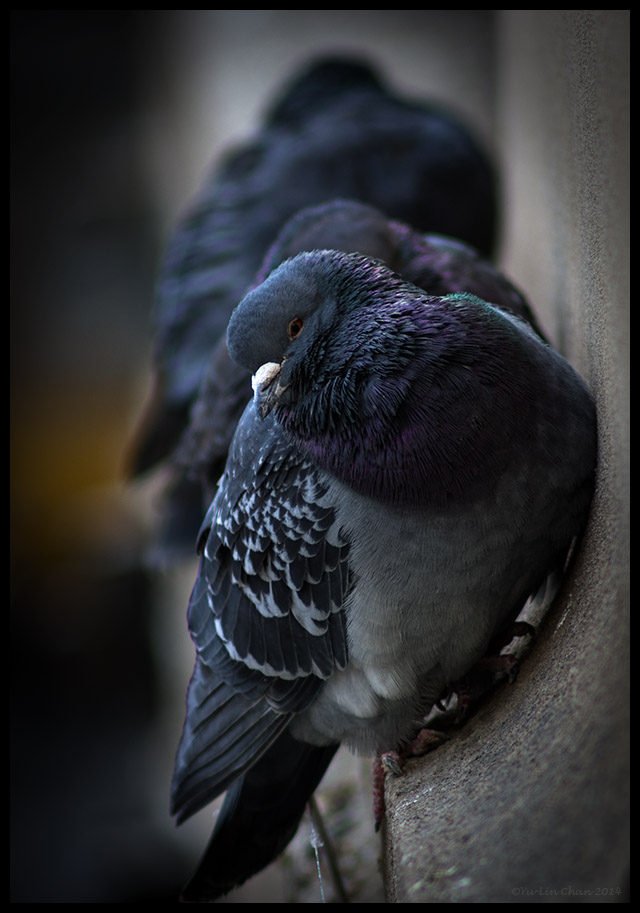 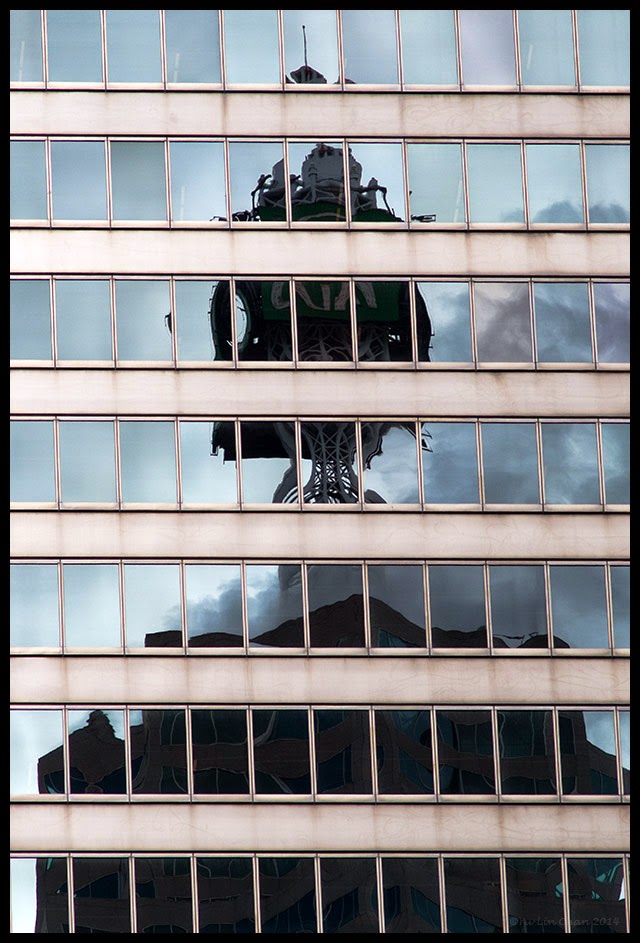 When I first started using manual focus lenses on Digital SLRs, my very first lens was the Super-Multi-Coated Takumar 35mm f3.5 in M42 mount. That jewel-like little gem was as beautiful to behold as it was optically excellent. I was hooked. Over the years, I collected and used most of the M42 Takumars, from 17mm f4 fisheye to the monstrous SMC 500mm f4.5. My collection has reduced somewhat, but still have quite a few Takumars, including this 50mm f4 macro.

There are quite a few versions of this lens. The earlier version, non Super-Multi-Coated, was a true 1:1 macro lens.  Later ones, can only focus as close as half life-size (1:2). Used for macro work, these lenses are sharp as heck, but they are also pretty good as a general purpose lens in good light. As you can see, these pictures below are not used in macro mode, but they are still very sharp. 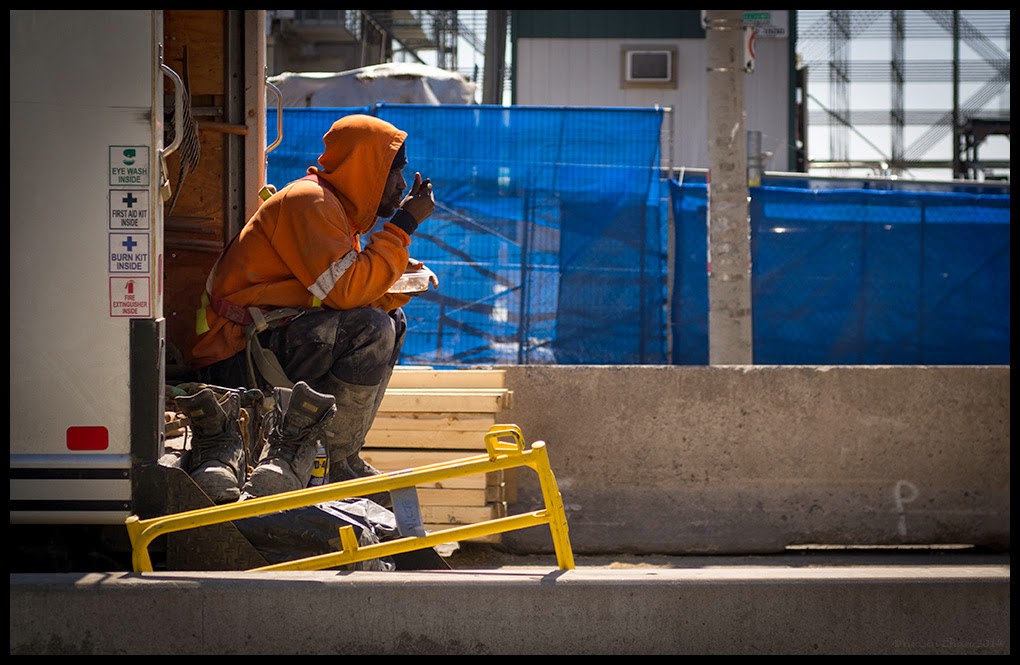 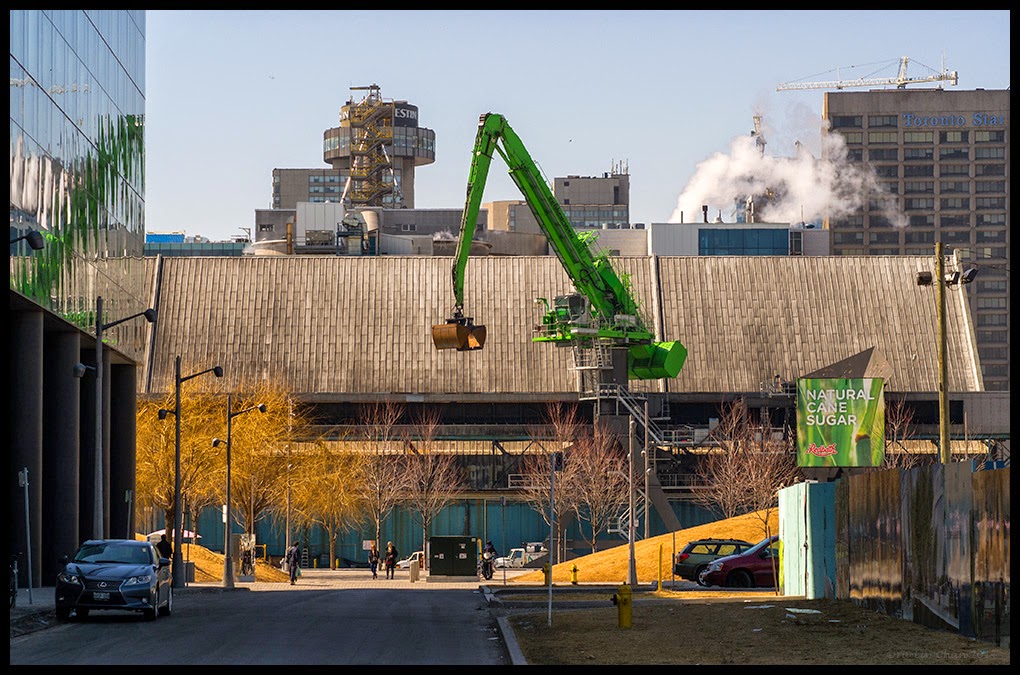 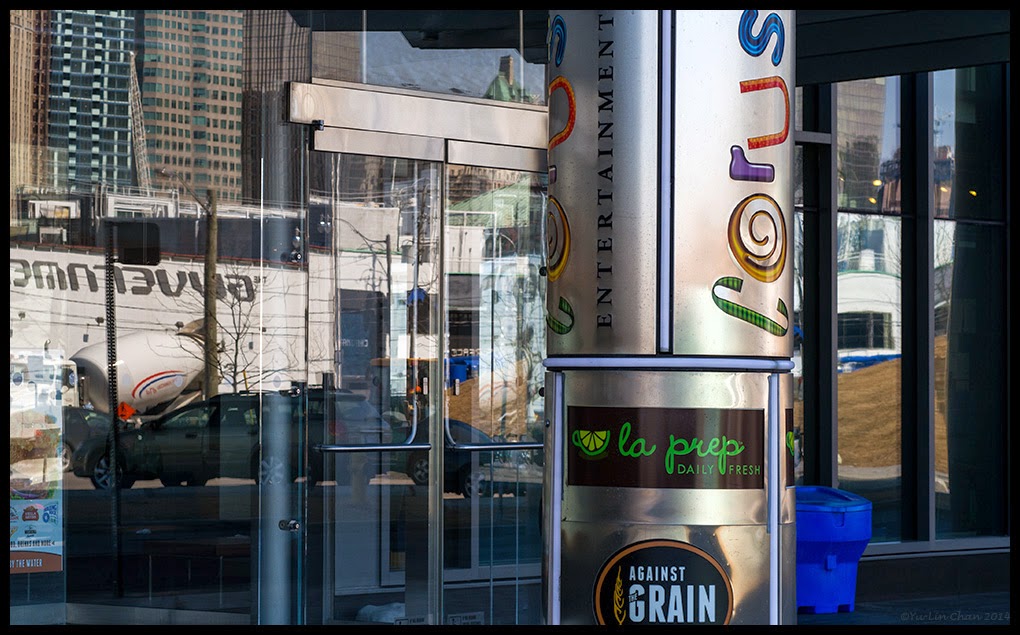 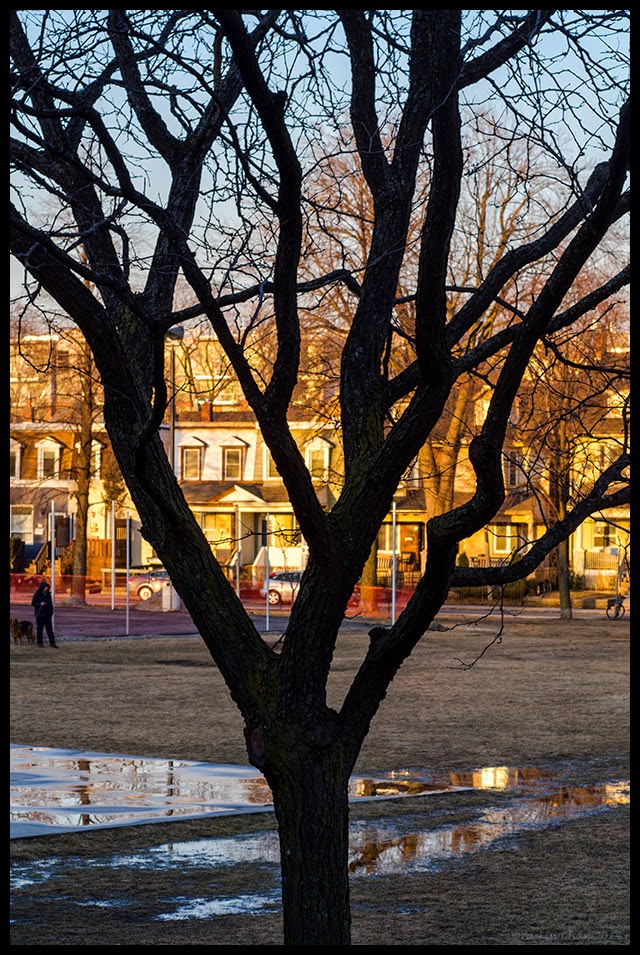 Posted by Lens Bubble at 7:00 AM No comments: