Update on the Progress of the Lathe Project

I have been quite busy with other stuff lately so I haven't really spent as much time as I would have liked on learning to use the lathe.  But, so far, I have done a few small projects, mostly with positive results.  Now that I know what the lathe can do for me, it would be hard to live without one.  It is, of course, not without lots of frustration.  The learning curve is steep, especially since I had no prior experience with a lathe.  Below is a very condensed summary:
So far, I have used the lathe to help convert a few lenses to work on Sony E-Mount, from very simple turning of the lens barrel to actually making parts.  The pictures below shows few of the lenses I have done.  One thing I have learned, is that drilling and tapping small holes and making them aligned perfectly is no easy task without proper tools. 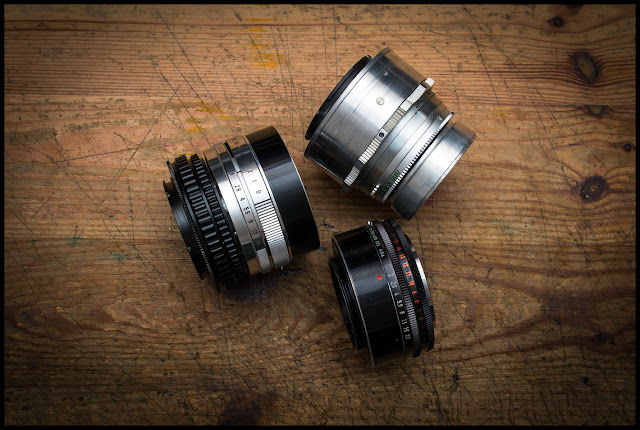 Three Amigos - Konica 45mm f1.8, Argus Cintagon II 48mm f2, and Minolta Rokkor-PF 45mm f2.  The Konica and Minolta lenses share the same 12-17mm focus helicoid for focus.  Both uses an M42 mount I savaged from old lenses to mount to the helicoid.  If I could cut threads, I would have no need to use old parts, because eventually, I will run out of them.  The Cintagon II modification is only partially successful.  It works, but not well.  You can see extra holes on the part that I made.  Those are mistakes :) I think I will get rid of its original focus mechanism and use a helicoid for focus instead, or converted to L39 or M mount.

In all, I really enjoy using the lathe to make lenses work better on my camera.  Hopefully my skills on using it will improve and the conversions will look and work better in the future. 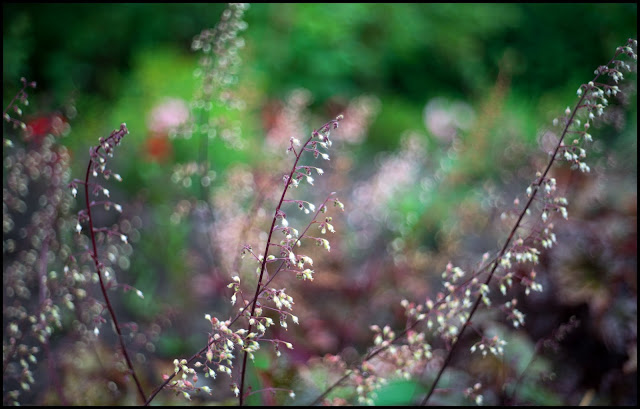 In case you have not heard, Meyer-Optik has crowd-funded and released a "new" 50mm f2.9 Trioplan lens.  Great news for those who love the soap bubble bokeh, but you will have to shell out a cool $600.  The Trioplan is a very simple optical design based on the Cooke Triplet, and there are huge number of lenses with Triplet design in different focal lengths.  $600 is a ridiculous amount of money for a simple lens.  You can buy the same lens in the used market for a lot less.  In the mean time, a lot of alternative are available, but let's get on with the old 50mm f2.9 Trioplan. 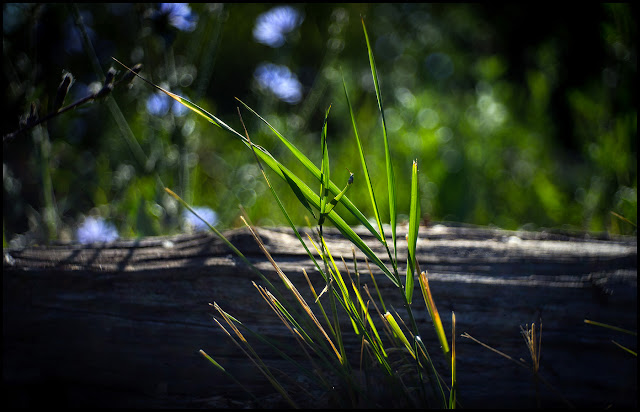 This lens came from a Beltica folder camera that I bought from the Trunk Sale organized by the Photographic Historical Society of Canada (PHSC) last Sunday.  The camera (lens, actually, since all the shutter/timing etc are in the lens, not the camera) still works perfectly, but I took it out (but is easy to put back in if needed) and adapted it with an M42 mount.  The lens has its own focus mechanism which is good from about 3 feet (1 meter) to infinity.  I am not a big fan of very long minimum focus distance, such as this one, so I put the lens on a Pentax focus helicoid and uses the helicoid to focus instead.  If I really want macro level close focus, I could use both the focus on lens and the helicoid, but I found that the lens' bokeh is destroyed/masked when focuses too close; all you will see is very shallow depth of field with pretty much uniformly blurred background, which to me, is boring. 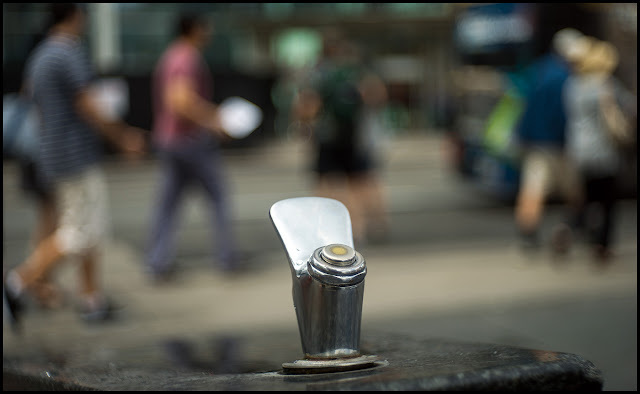 The lens is coated and looks quite nice, but still very susceptible to flare, even with a hood in place.  Care should be taken when shooting against the light.

As expected, the Trioplan 50mm f2.9 produces very similar rendering as other Triplets, but each has its own unique traits.  For comparison, I used the Balda-Werk Rigonar 50mm f3.5 quite a bit, which is also a triplet.  I much prefer the Trioplan.  Perhaps the extra 1/3 stop of light makes a bit of a difference, but I find the Trioplan much more pleasing with less harshness in the out of focus area. 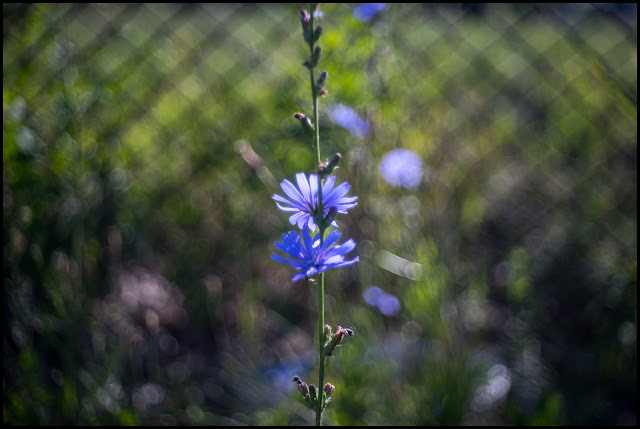 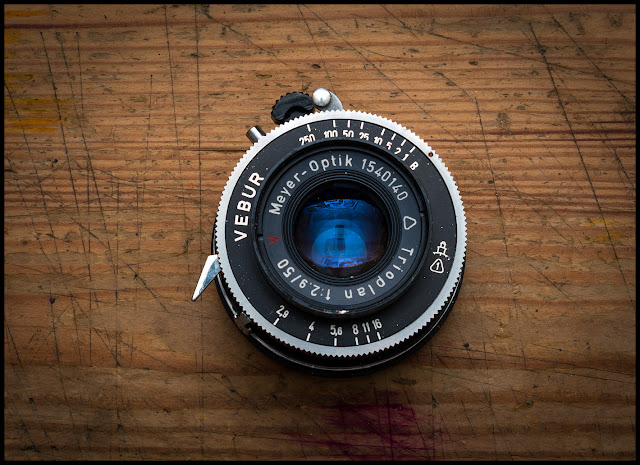 Like most Triplet lenses I have used, the corners of most of them are not very good, even when stopped way down.  So this is not really a landscape kind of lens.  The center of the lens, however, is quite sharp.

I quite like shooting with this lens, especially when mounted on the butterly smooth Pentax focus helicoid.  I like the rendering of the lens, but most importantly, I didn't have to pay the exorbitant price for one. 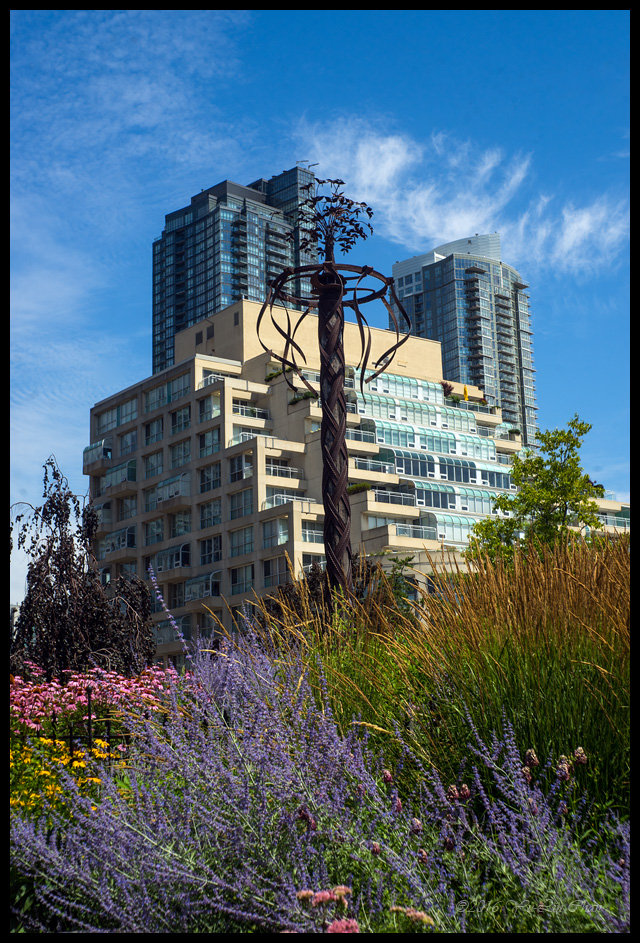