Flash Back -- Roll Your Own Film Cartridges 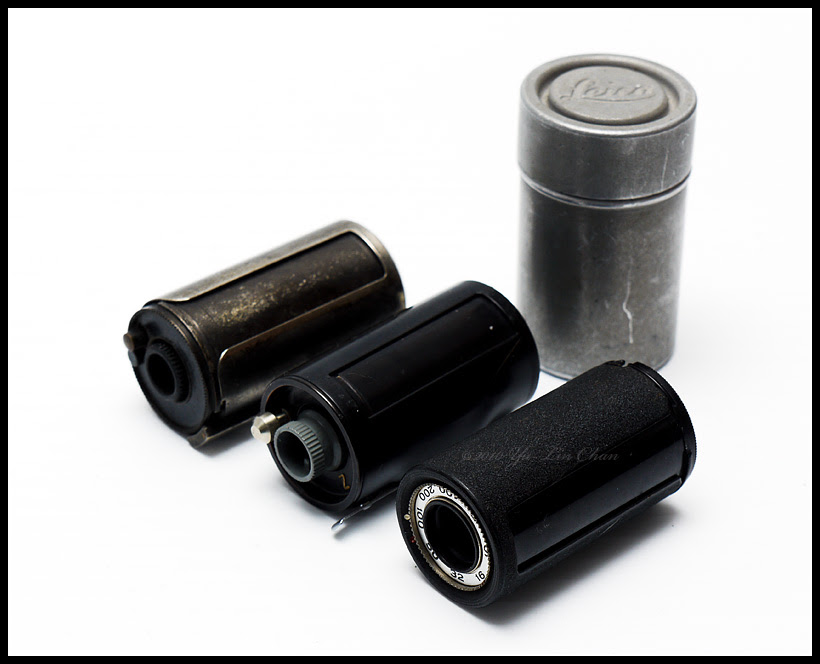 Back in the olden days, way before auto focus, auto wind/rewind, auto aperture, auto think, and everything auto-magic, people actually had to do everything by hand, this included the option to roll your own film cartridges. Why even bother doing it yourself when you can buy ready made ones in the store? Well, film, like everything photographic, was very expensive back then. It was much more economical to buy a bulk can of 200-ft film, and roll it yourself. There is one other advantage to to rolling your own -- longer length (more frames), instead of the standard 12, 24 or 36 exposures.

Almost all manufacturers made a version of the DIY film cartridges. Most look similar and does the thing. The cartridge has a locked door that can be rotated to expose a door where you thread the header of the film, then turn the centre wind-up roller to wind the film into the cartridge. Once you have the desired length, you would then cut the film, and close the door, but leave a film leader outside the cartridge. Voila! A film cartridge read to be inserted into the camera for shooting. I do find the Nikon cartridge has one feature others didn't -- an ISO indicator at the bottom of the cartridge.

While cleaning up some of the junk for my annual photography yard sale, I found some of the "bargains" I bought from the Henry's Outlet Centre, as pictured above. All very interesting from historical point of view, but quite useless today. For the younger people who may not even know such things exist, this might be an interesting fact.
Posted by Lens Bubble at 11:48 AM