The Toronto Open Spring 2010 Cubing Competition took place on Saturday March 27, at the same place as last time - Seneca College's Conference Room. About the same number of people turned out as last time. I saw a lot of familiar faces: Harris Chan, Eric Limeback, Jai Gambher, Justin Jaffray, Sara Strong, Emily Wang, to name a few. First place for a best of 5 average was awarded to Eric Limeback, and Harris Chan was second, Emily Wang was third, as the last time.

At least 3 TV station crews were on the scene this time, probably due to the cubing article on the Toronto Star the day before the competition. CBCNews, and a Chinese TV channel was there. You can check out the CBC New Report here. You can even see Yours Truly taking videos of the CBC news crew in the background with my T2i at about 1:25:00 in the news segment.

All of my four kids entered this time. Dillon did the 2x2, 3x3, Square One; Ryan for Rubik's Magic, and 2x2; Megan for 2x2, and 3x3; William for Rubik's Magic. They all did great, but the biggest improvement was from Dillon and Ryan. Dillon was 17th out of 51 competitors on the first round with an average of 5 solves at 19.93 seconds, and fastest 17.31 seconds. Dillon advanced to the second round, but didn't make it to the final. Ryan placed 23rd the first time he entered for Magic, and this time, he finished 5th, out of 36 competitors.

Didn't take too many pictures this time, but instead, too a lot of video. I will upload them when I have the time. Here is one I uploaded of Eric Limeback solving a 3x3x3 in 9.50 seconds. Just be warned that the last time I viewed, it was not processed so it may look crappy. 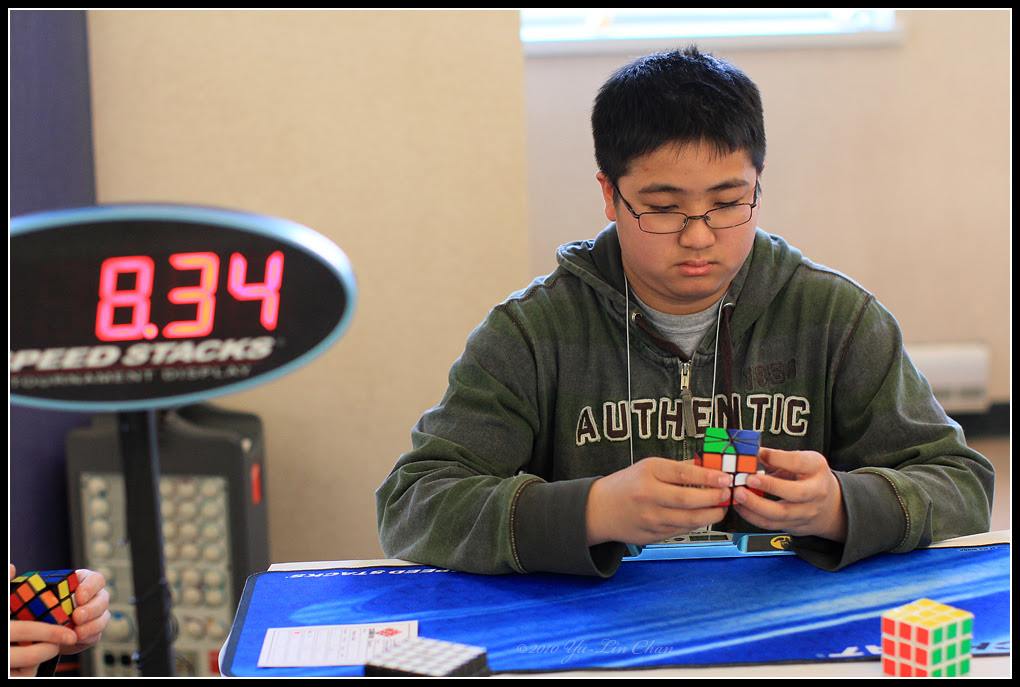 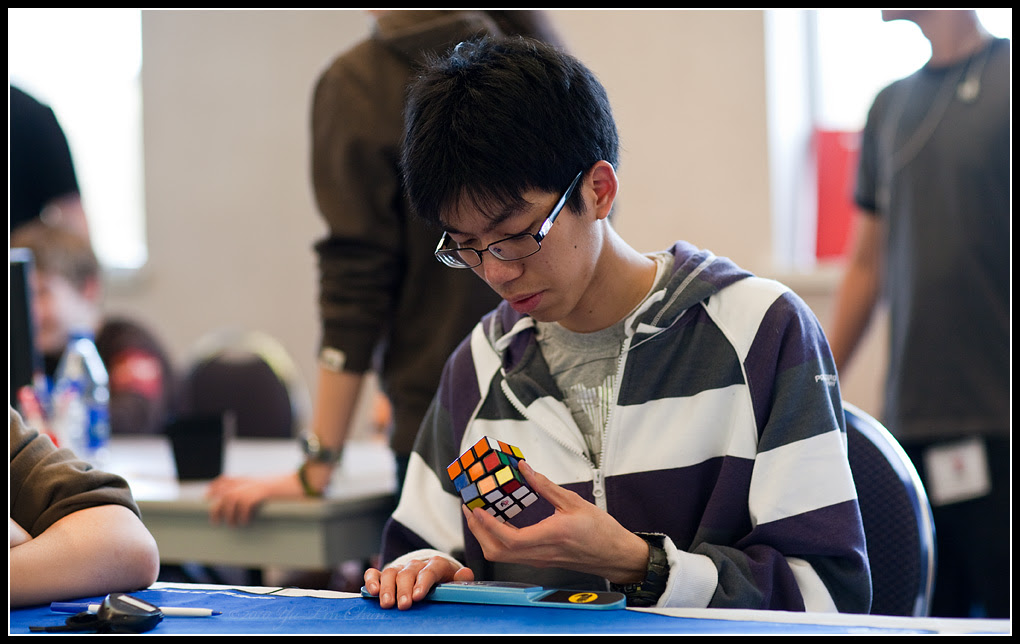 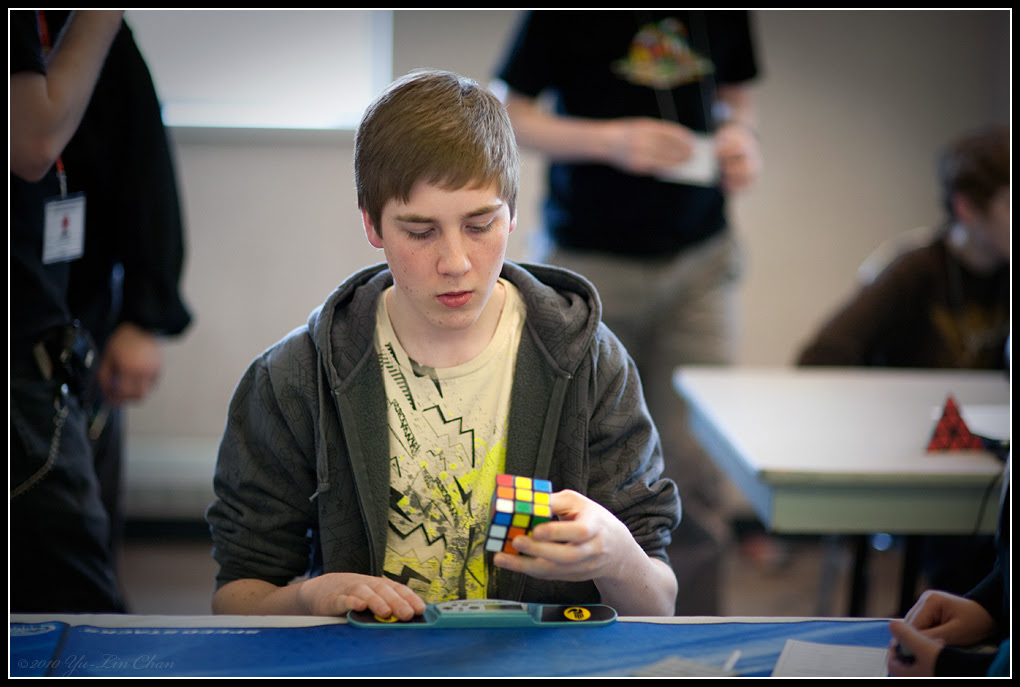 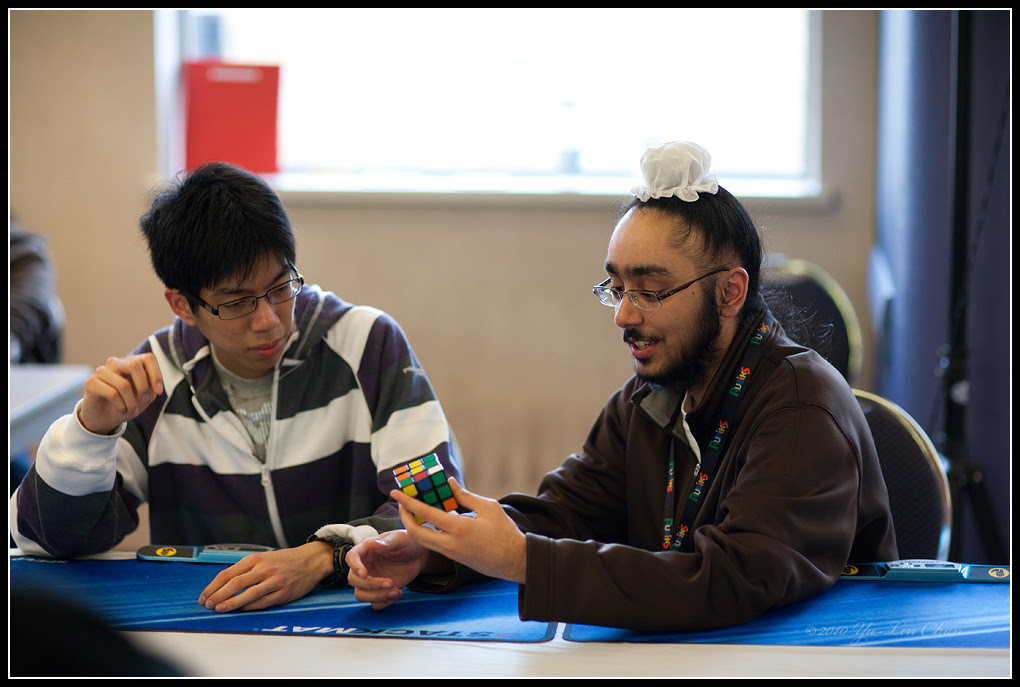