Back in January, I picked up another East German lens, the Meyer Gorlitz Primotar 180mm f3.5 in Exakta mount.  This mount is slightly different than the normal Exakta mount as it does not lock on to the mount/adapter.  I think it requires some sort of internal clamp on the body to hold it in place.  For this reason, I haven't really used it, until it occurred to me that there is another Primotar 18cm f3.5 that I wrote about here and here, except that's not a complete lens; it lacks the mount and barrel. 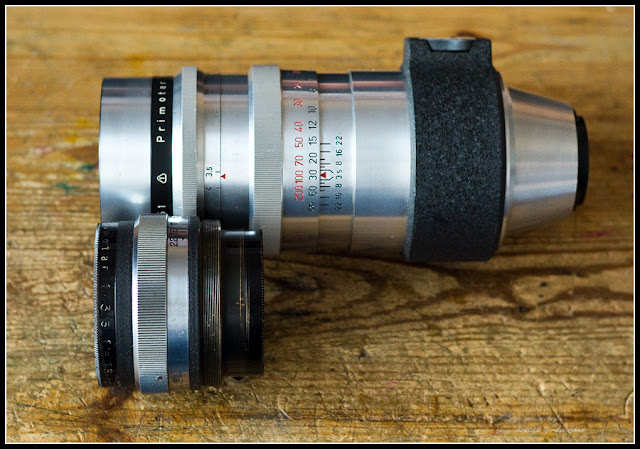 Two Primotars -- One on top is a weird Exakta mount, and one below has no mount/lens barrel.
It then dawned on me that there is a simple solution to use the non-Standard Exakta mount Primotar: Electrical tape.  First I mount the adapter on the lens, which will fit fine, but would fall off if pulled, and then taped it with electrical tape.  It worked beautifully.

This newer silver Primotar has the red V coating, unlike the incomplete lens, which is uncoated.  I took the silver Primotar to High Park yesterday, hoping we would see full blossoms of cherry trees, but only ONE tree was.  I think next week would be better.  Already, there were many people there to photograph the trees.  It turns out that the lens is pretty nice.  Love the bokeh from this lens and it's decently sharp even at f3.5.  Need a much longer hood than the one built-in, as when stray light enters the lens, the pictures appeal to be washed out. 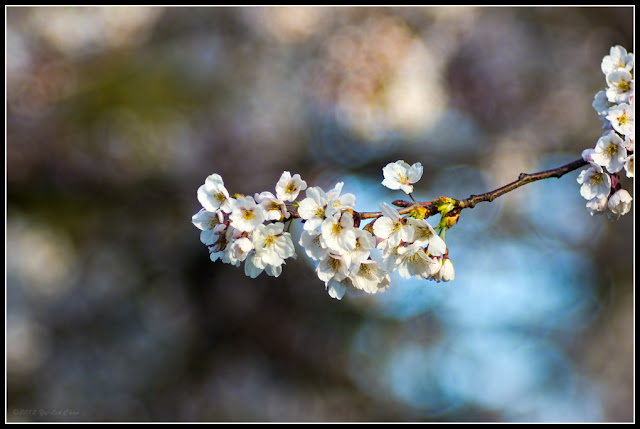 Cherry Blossoms - NEX-5N & Meyer-Optik Gorlitz Primotar 180mm f3.5 Exakta Mount
When shooting in the shade, this lens is can produce very nice results with sharpness and contrast even at f3.5.  Again, shooting at this focal length is difficult on EVIL cameras without an EVF.  I shot with the Sony EVF on the NEX-5N and it helped tremendously.  Putting the viewfinder against my eye (glasses) helps minimize the shaking and thus much easier to focus. 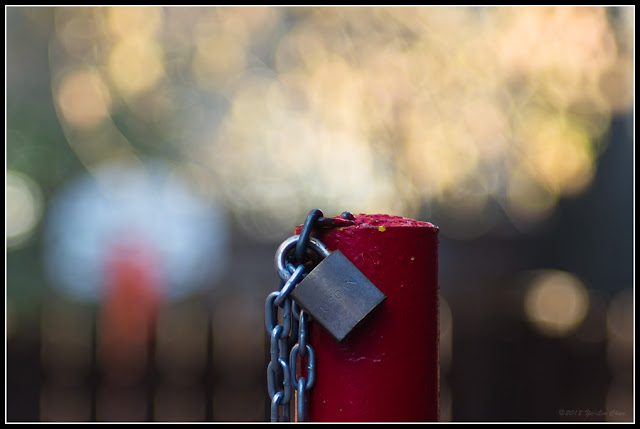 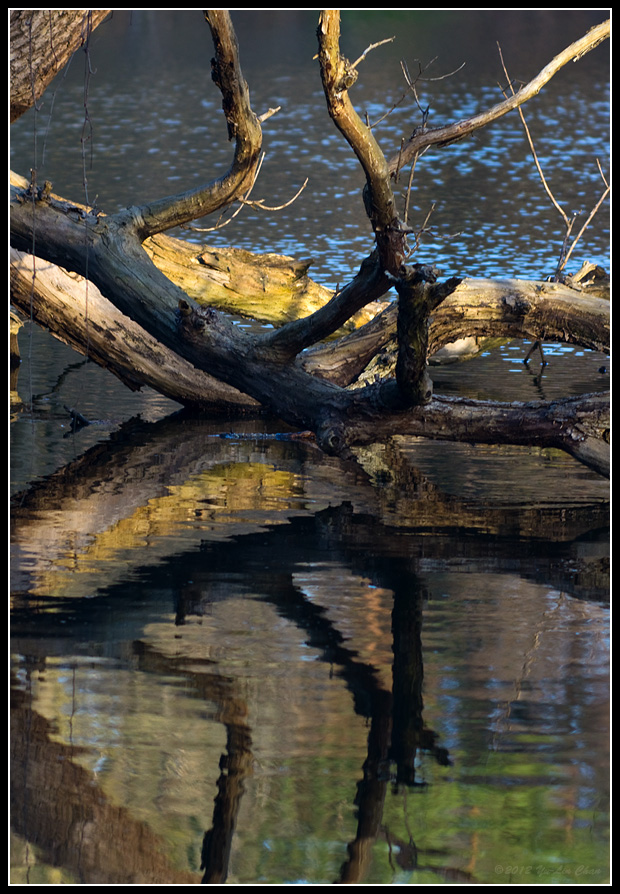