I received a few inquiries regarding the conversion of the JML 50mm f0.95 lens to Sony E-Mount or M4/3 Mount.  I wrote a post about it here, but I guess it was not very clear.  So this time, I will do a second attempt, and hopefully it will be better than the last post.

This JML 50mm f0.95 is an OEM lens, or a very generic design, which means there are other companies selling this lens with their own names on it, or make it with the same design.  The Canon 50mm f0.95 TV lens is probably the same design too.  I think Navitar 50mm f0.95 is closer to the JML in design.  This lens is frequently used in machine vision as well as a very low light TV lens.  Mine was used as a machine vision lens, according to its previous owner.

Fortunately, the JML (and possibly the Navitar) 50mm f0.95 has removable mount.  A retention ring presses on the flat area of the c-mount and keeps in place. The picture below shows the three parts.  Please note that the second part where it is supposed to be just a ring, already has the c-mount adapter glued to it.  I don't have a picture of the naked ring.  Sorry. 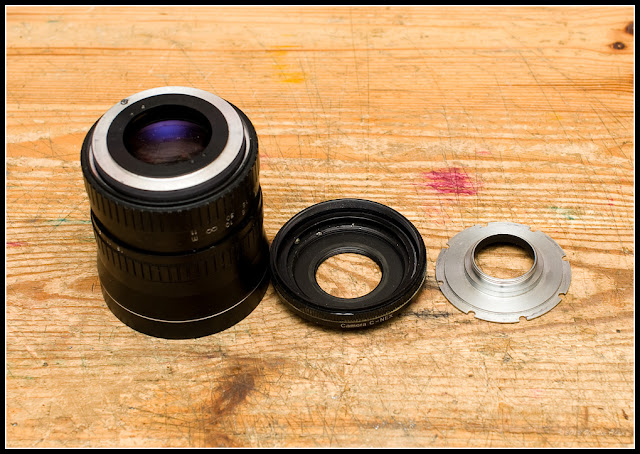 The c-mount removed from the lens.
It is quite easy to convert the lens to either a M4/3 or NEX mount.  I did it for M4/3 but changed it to NEX mount, because I use it more on the NEX.  However, care must be taken to ensure the conversion does not affect the image quality.


The idea is to glue the c-mount to NEX or M4/3 adapter onto the retention ring.

What you will need:

Depending on what kind of c-mount adapter you use, the thickness of the rim might be different.  Most of them would be probably too thick and if you just glue it on, you won't be able to focus to infinity.  Try it on first and see how much you need to file the adapter to make it thinner.  The picture below shows the c-mount adapter I used for the M4/3: 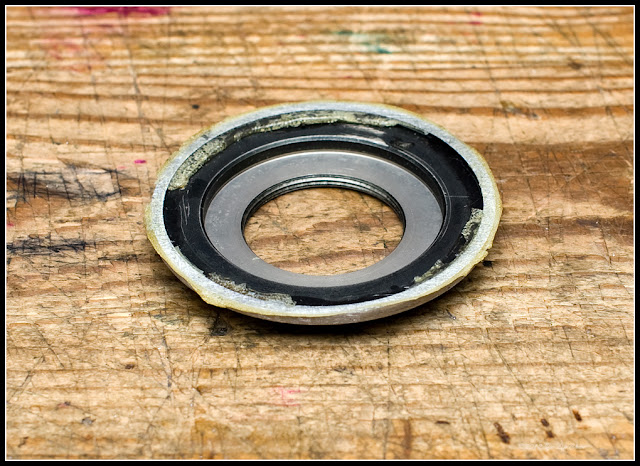 Filed c-mount to M4/3 adapter.
I didn't have to file too much on the adapter rim.  The critical thing is that the surface of the mount must be very flat, or you will get uneven sharpness in your pictures.  I first file the adapter with a large file, and then sand it by moving it around a large fine grit sand paper with the force on the center of the mount for even sanding, until it's thickness is enough to attend infinity focus.  Once it's thin enough, just glue it on, like below: 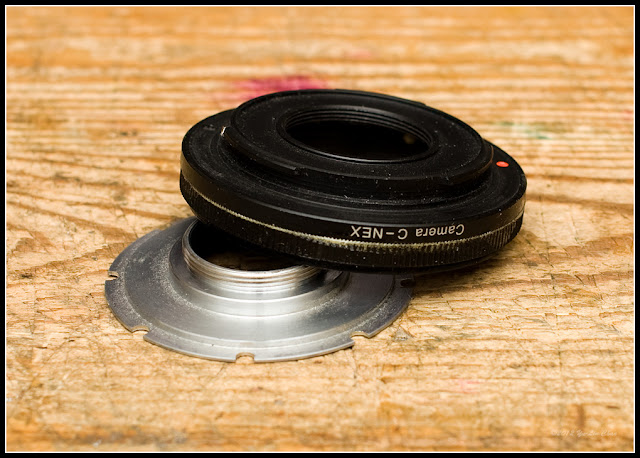 Adapter glued on the retention ring.
A word about the glue.  I used Gorilla glue, instead of something more permanent like JB Weld or JB Kwik, because I want to be able to revert to its original mount if I need it later.  Although the Gorilla glue is very strong, it can be forced apart with a very sharp blade (I tried boiling water but that didn't do anything).  You could also try heating it up, but that may damage the retention ring.  It is strong enough to hold everything together without worrying it will snap in two.  So far, mine is holding up very well and I am not worried when using the lens.  Keep in mind that if you do use Gorilla glue, it expands as it sets.  After applying the glue, put something VERY heavy on to keep it from moving the adapter/retention ring.

If you want to permanently convert it, I would suggest using JB Weld or JB Kwik.  These compounds will harden into something as strong as steel.  Once cured, you can not easily separate the retention ring and the c-mount adapter without filing.  So be sure you know what  you want to do. 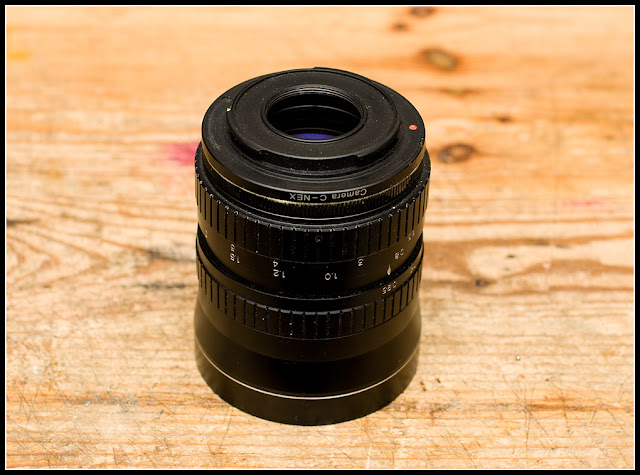 Completed conversion
I hope this version is more clear and easier to understand the last one.  If you have any questions, please do ask.  Don't be afraid to experiment.  I am not particularly good at this kind of thing, but it worked out OK for me.  Sometimes, we are forced to do this ourselves, because there is nobody else do to it for us.
Posted by Lens Bubble at 8:01 AM