When I started blogging at Live Journal on April of 2009 as MFLensJunkie, it was my alternative to the picture a day project that I started on PBase account but didn't get very far.  I just wanted to know how long I can keep the blog going.  My goal was to post once or twice a week and share my experience on the manual focus lenses I have used.  I would have been very happy if I could do this for a year.  I later started blogging on Blogger and it has been more than two and a half years and I am still updating the blog.

In year 2011, I have 253 blog entries, which averages about 4.8 posts a week.  That's a lot more than I originally planned.  Admittedly, most of them don't carry much content but the blog has motivated me to take more pictures.  In fact, I have taken more pictures in 2011 than any other year.  I went out more during my lunch break to take walks and snap pictures.  Very happy about that.

There will be changes in the coming year.  I have used my PBase account and Flickr account to link to my pictures I posted in my blog.  This works out well, but I will no longer update my PBase account, since there is a limit of 1GB of space for the yearly base subscription, and I have maxed it out and paid twice the price (about $46USD a year).  This morning I went through many of my galleries and purged about 70MB of pictures to make it just meet the 1GB limit.  For this reason, some older posts may have broken links, but I was quite careful and it shouldn't be many.  I need to figure what to do with the pictures on PBase and will close this account once I do.  I renewed my Flickr account and all my pictures will go Flickr since there is no limit on the amount of space used.  I still like the way PBase organizes the pictures, but PBase needs to change or it will eventually lose most of its user base.

Also, 2012 will be likely my last year I work at my current location.  IBM has bought the company that I worked for for the last 13 years, and some of us were given a year before our employment with them terminates.  At the end of 2012, I will be looking for another job, barring any changes with my current employment.  I am not really bitter about this, as things change and we need to adapt.  Hopefully I can find a new job close to downtown Toronto.

Photographically, I am hoping my skill as a photographer will improve in the new year.  In terms of gear, what I want will be minimal: a full frame camera (most likely a used 5D Mark II or 1Ds II), and the Sony 50mm f1.8 E-mount lens for my NEX-5N.  I have decided not to upgrade to the NEX-7.  Very happy with 5N.  I want to spend most of my spare time on taking better pictures and not get all tangled up with gears.  I have more equipment than most people will ever have and getting more will be insane.

In terms of projects for 2012, I want to finish two photo books: one of pictures of my kids, and one of pictures I have taken which will contain some of my favourite pictures.   I think it will be a nice gift for my kids to have a photo book of them.

I want to wish all my readers a successful 2012. 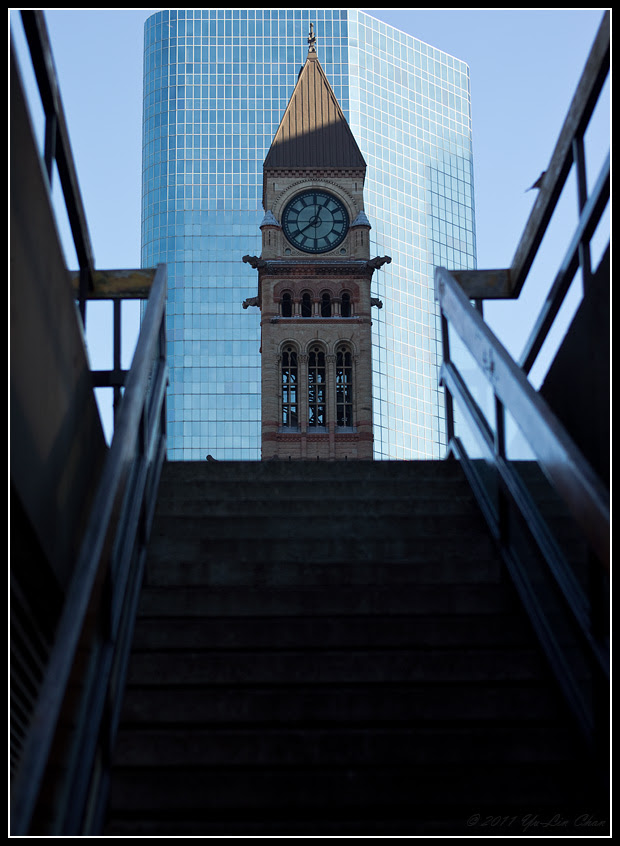