"The only constant is change..." -- Isaac Asimov

If you live in one place for a while, you can't help but witness the changes; sometimes slow and small changes, sometimes fast and huge changes.  Here in Toronto, I have seen so much changes in the last two years, mostly in the area of construction of buildings.  On my daily commute to work, I used to be able to see downtown Toronto from the Queen bridge, but now there is an apartment building right in front of my view.  It's increasingly common to see nothing but building in front of ones eye in many places in Toronto. 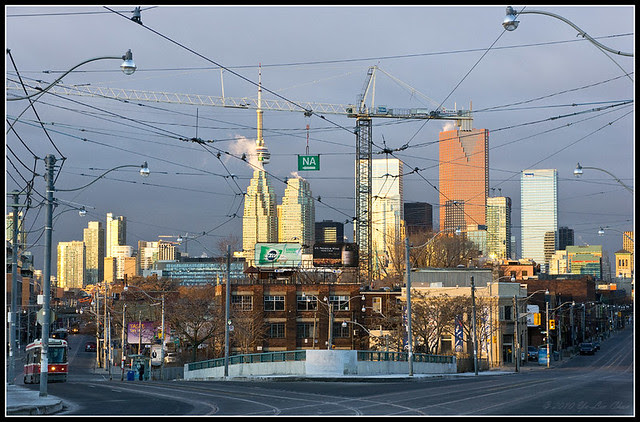 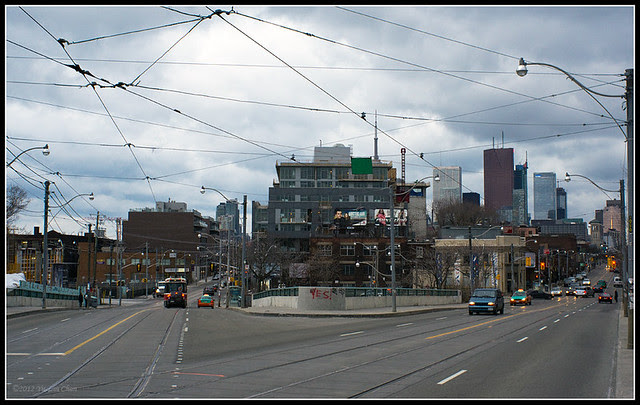 Downtown Toronto - January 2012. NEX-5N & Minolta MC 28mm f3.5
The West Don Lands, once a deserted space, is now under feverish construction.  Many apartment buildings will be built.  I guess this is natural progression as the population grows and living spaces must keep pace.  The views where one can look far before will no longer exist and instead, buildings will be there to block it. 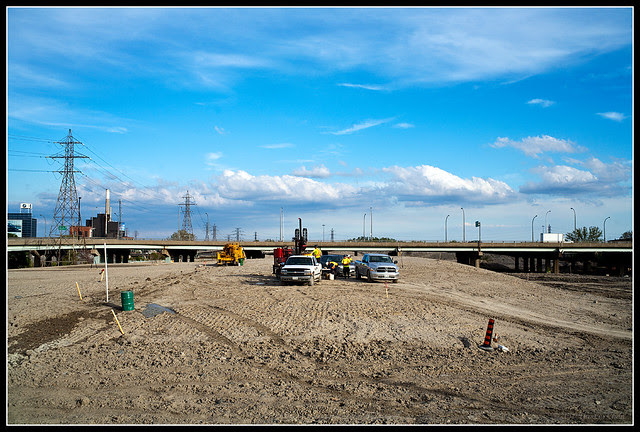 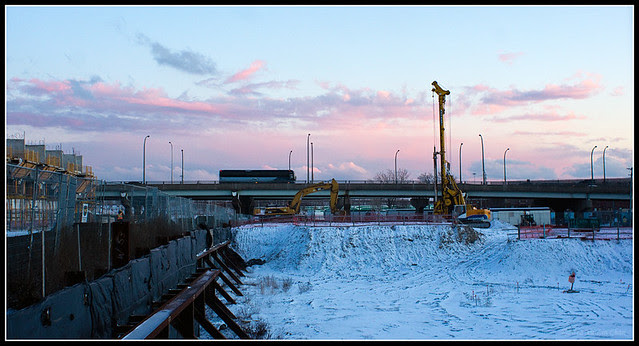 Fundation, January 2012 -- NEX-5N & Minolta MC W.Rokkor-SG 28mm f3.5
The picture above, left side, you can already see the foundation of the building is already in place.  More will be built where the crane is.  In a few months, we will see nothing but buildings.  Is this good?  Is this bad?  Probably both.
Posted by Lens Bubble at 10:41 PM