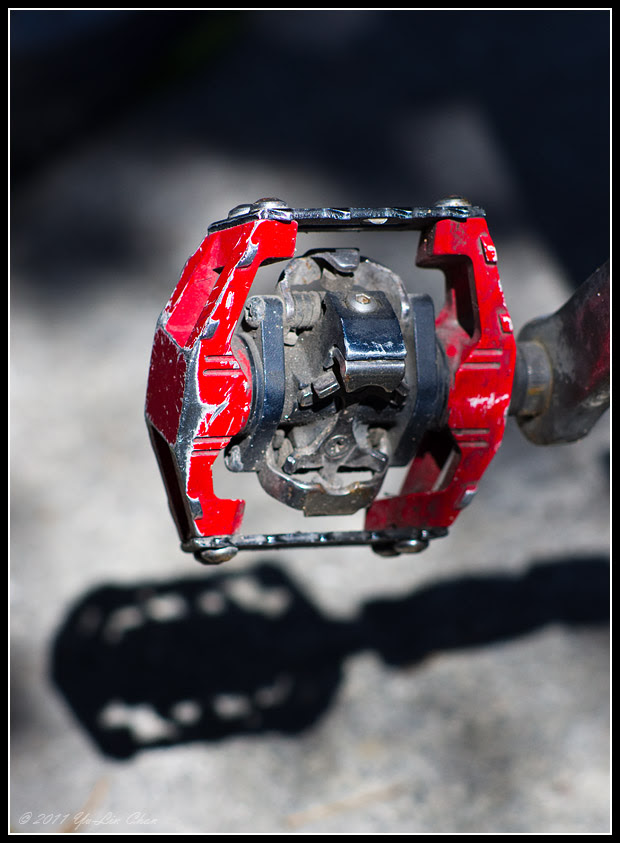 Red Pedal -- NEX-5 & Leica Summicron 90mm f2.
The long rumored Nikon EVIL camera(s), the V1 and J1 have finally been unveiled. I think people are just surprised to find that the sensor size is some weird 2.7x, and than many got angry.  Most would expect Nikon's version of the mirrorless camera to be better than the offerings from Sony and the Micro 4/3 camp, but it turns out to be not what everyone expected.  Personally, neither the J1 and V1 interest me even one bit, I guess they are not targeted at consumers like me.  I understand they do not want the new mirrorless system to directly compete against their own entry level DSLR line.  So, to Nikon, this makes perfect sense, just not to the Nikon dire hard fans who were expecting more.

The samples I have seen look disappointing.  ISO 400 is already too noisy.  Seriously, they don't look much better those from the Canon G12 point & shoot.  What's the point?

So, Canon is now officially the only major camera maker who does not have a mirrorless camera system.  If they are planning something similar to Nikon's offering, I would be very disappointed.  I am hoping Canon will make something more innovative, better than what's already or soon to be on the market.
Posted by Lens Bubble at 7:38 PM