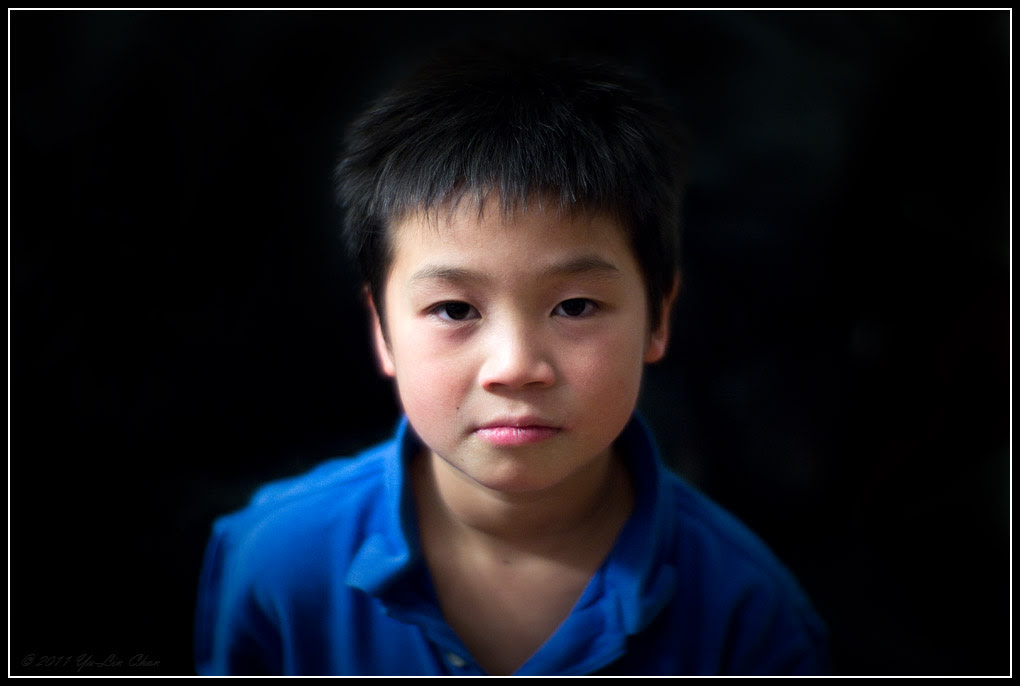 William -- NEX-5 & JML 50mm f0.95 TV Lens @ f0.95, ISO 800. Click for larger.
Every time I used the JML 50mm f0.95 lenses, I thank my lucky star, to give me an opportunity to acquire this (and its little brother, the JML 25mm f0.95) lens.  For portraiture, it's completely usable at f0.95, as long as there are no point light sources that would make the picture distracting.  A lens with a maximum aperture of f0.95 is a dream for lots of people.  It affords one to take pictures with ultra thin depth of field, but at the same time is relatively affordable to own, unlike the Leica version.

Also tried the JML 25mm f0.95 on the NEX-5.  This lens already vignettes pretty bad on my G1, and on the NEX-5, there is a dark boarder.  With some cropping, it's still usable, as the picture below shows.  After cropping, the pictures is about 7 MP, still has enough resolution of a relatively big enlargement.  As with its bigger brother, the 50mm, this lens is also usable wide open at f0.95 but with the same kind of problem as the 50mm with point light sources. 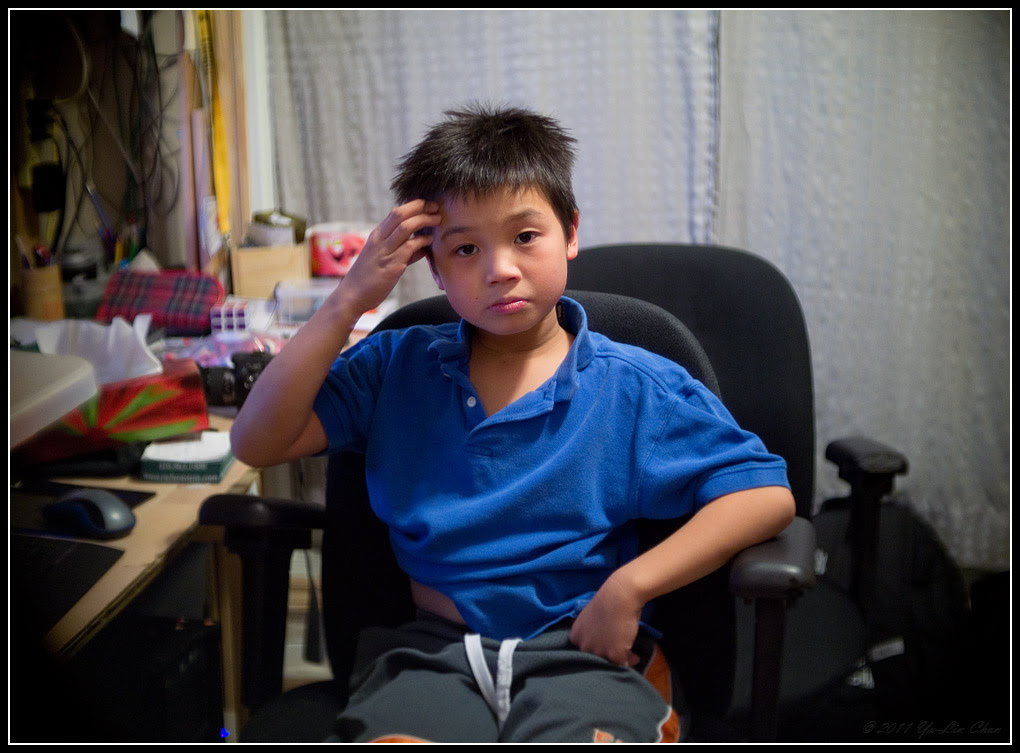 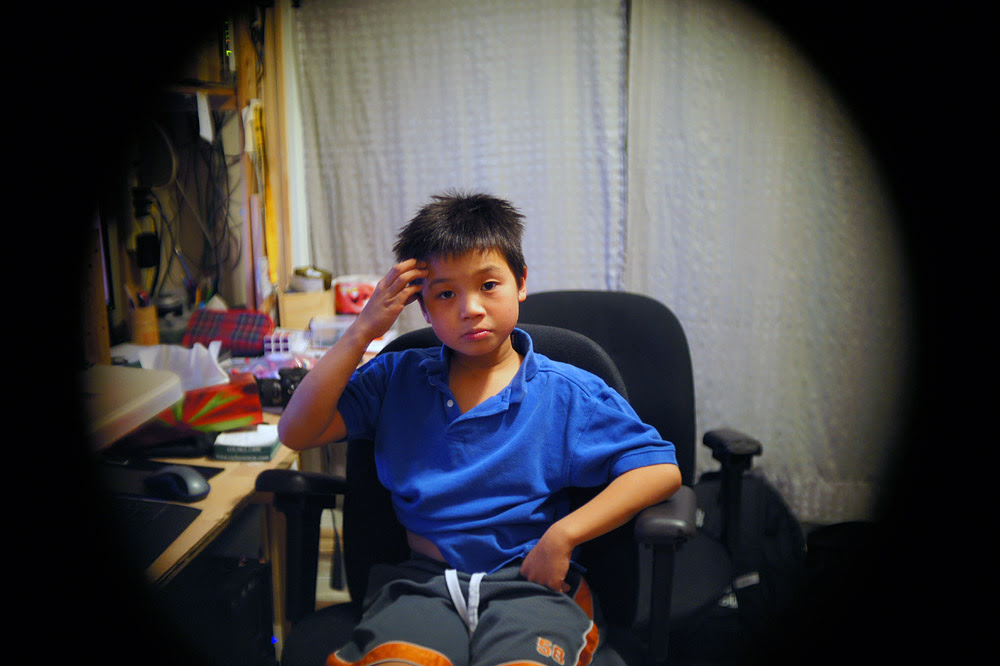 Uncropped from camera jpeg.
With such fast lenses, I find myself able to shoot at very dim lights and still use a low ISO setting, typically 400 or 800.  The biggest problem is focusing.  For anything that moves, it's next to impossible to get critical focus at f0.95.  It's much easier with the G1 than the NEX-5 for this kind of shooting.  Often I don't need to enlarge the area to obtain critical focus on the G1, due to its great view finder.  That's why I so look forward to the NEX-7.  Just hope the image from it won't disappoint.
Posted by Lens Bubble at 9:56 PM