Time: And a Clock

The Queen Street Bridge is one of the more unique bridges in Toronto.  This bridge has part of the art work by Eldon Garnet, who created it in 1990.  The art piece is called "Time: And a Clock", which is spread out in three parts.  All have to do with time.  The part on the bridge with the words "This river I step in is not the river I stand in" is the most prominent part.

The second part is at the corners of Broadview and Queen.  Each corner has a phrase made of metal sunk into the concrete.  The following are the phrases: Distance = Velocity X Time; Time is Money, Money is Time; Too soon Free from Time;  Better Late than Never.

The last part of the artwork is at the corner of Empire & Queen, with four stainless steel poles with banners made from metal.  Each banner has one of the following words: Coursing; Disappearing; Trembling; Returning.

This bridge is probably one of the most photographed bridges in Toronto. 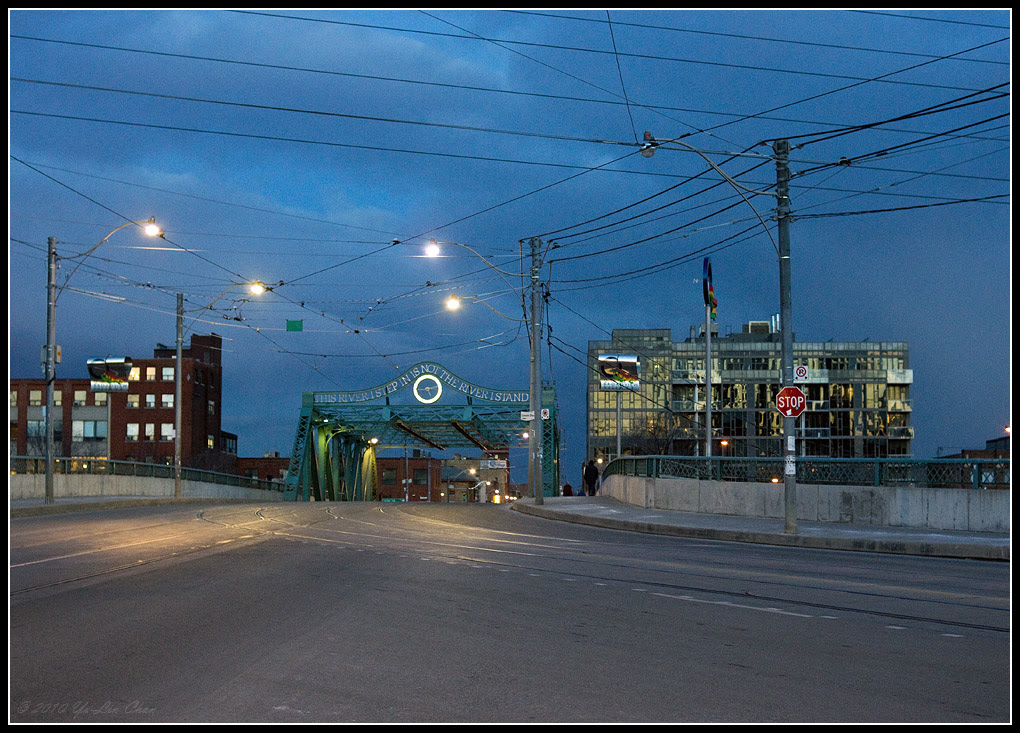