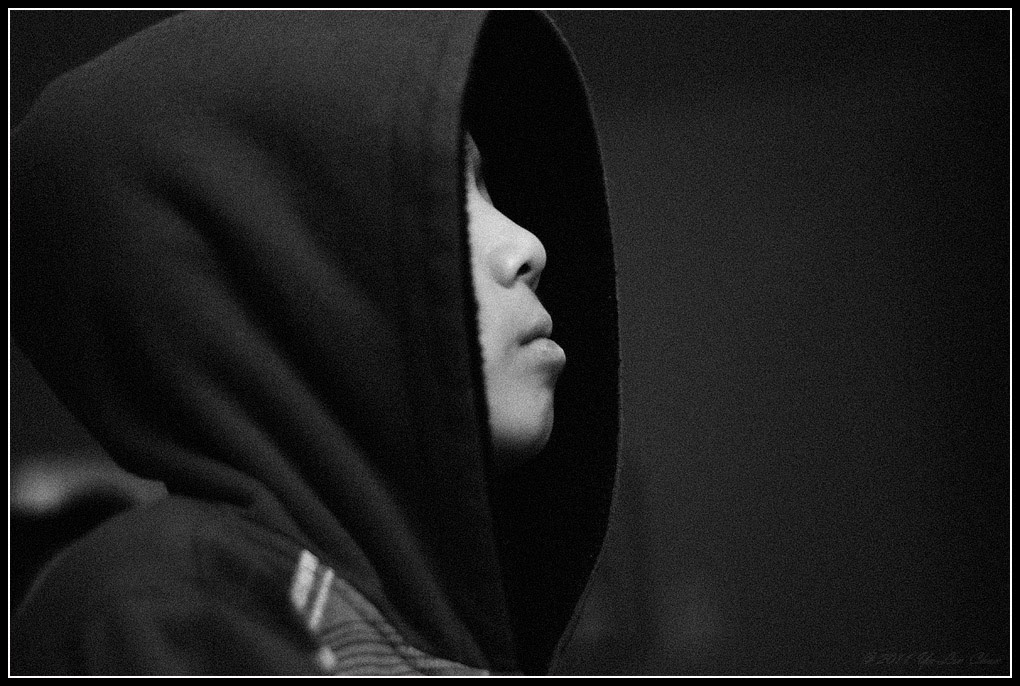 Ryan - NEX-5 & Takumar SMC 55mm f1.8, T-MAX P3200 emulation. Click to see larger.
When I was in high school, I always wanted to try black and white film.  Eventually, I shot one roll in a shoot with friends Tony and Cliff.  That roll of black & white film not developed until many years later (possibly 7 or 8 years).  By the time I discovered the that roll of film, I didn't remember if it was already exposed, so I shot it again.  Got it developed and every frame was double exposed.  One other black & white roll that I ever shot was a Tri-X 400 with a Contax 137 and a Zeiss 35mm f2.8 Distagon.  Got it developed but didn't get what I was after.  Lost interest in shooting black & white film since, but not the B&W effect.  Always loved the B&W look and over the years tried a lot of fake digital version.  Now that there are  few companies making B&W film emulation filters, I guess it's the next best thing to the real thing.
Posted by Lens Bubble at 9:20 PM