My kids had a swim meet today, and after selling the 1D Mark II/1D Mark III, I have no camera that can shoot more than 4 frames per second, except the modified infrared 20D.  I have no choice, but had to choose between the 5D or the Rebel 550D.  I chose the Rebel and the 200mm f1.8L, because it gives me longer reach and has a higher ceiling on ISO limit.  Not that the high ISO is very good, but at least I can shoot with a faster speed at high ISO.

As it turned out, the Rebel 550D is better at shooting swimming than the 5D.  Last time I shot swimming with the 5D, it was a disaster.  The focusing tracking is actually quite good with the Rebel, since swimming is relatively slow action, especially for kids.  The problem, of course, are slow frame rate and small buffer.  The 6 frame RAW buffer fills up really fast, and the slow frame per second can't catch the peek moment most of the time.  I really do miss the 1D II/III.  These two, especially the Mark III, can shoot like a machine gun. The 200mm f1.8L is fantastic as usual.  Very fast focusing and is very sharp wide open.  In fact, I shot almost all of the pictures at f1.8.

Gears aside, Dillon and Megan did really well.  They came in either first or second on all individual events, and didn't do as well on team relays.  Big improvements from the last swim meet.  William didn't do as well, but he was one of the youngest swimmer there. 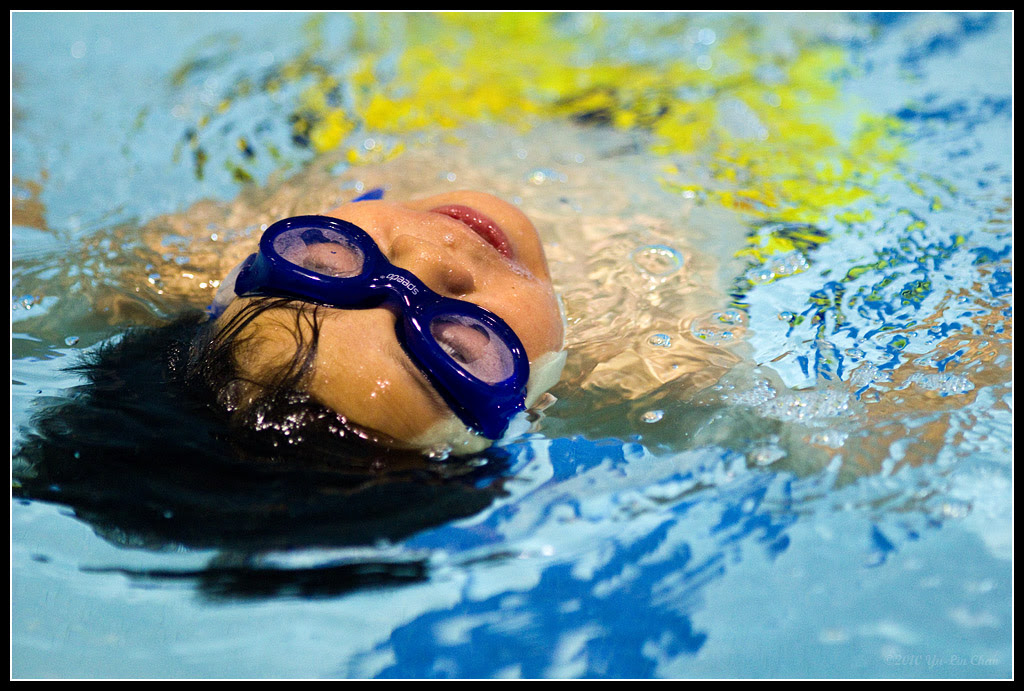 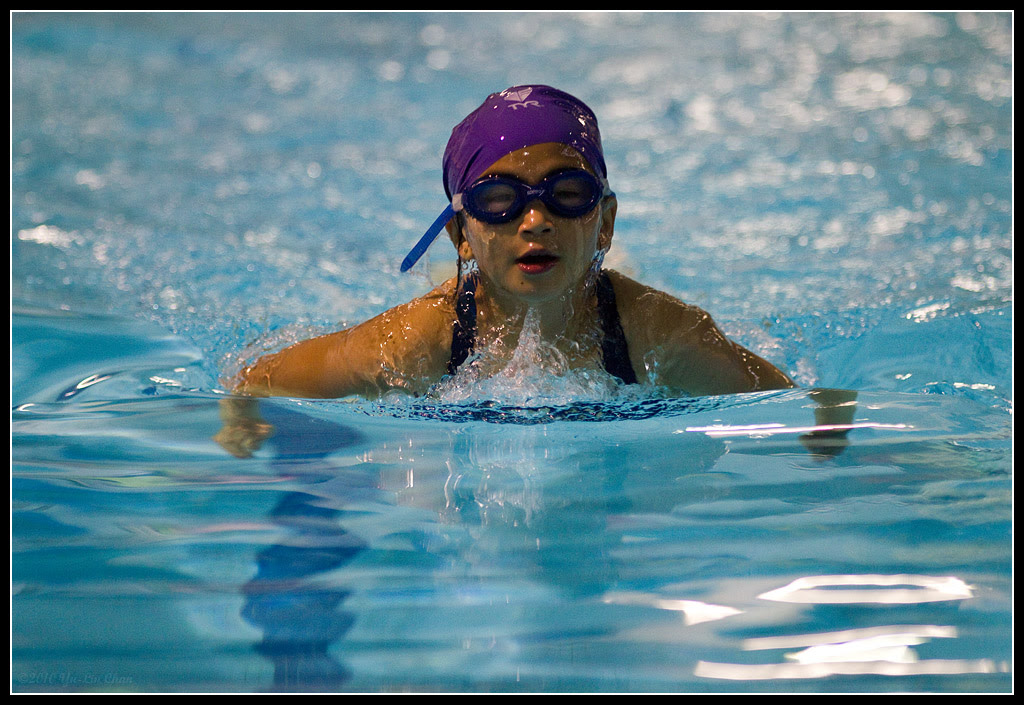 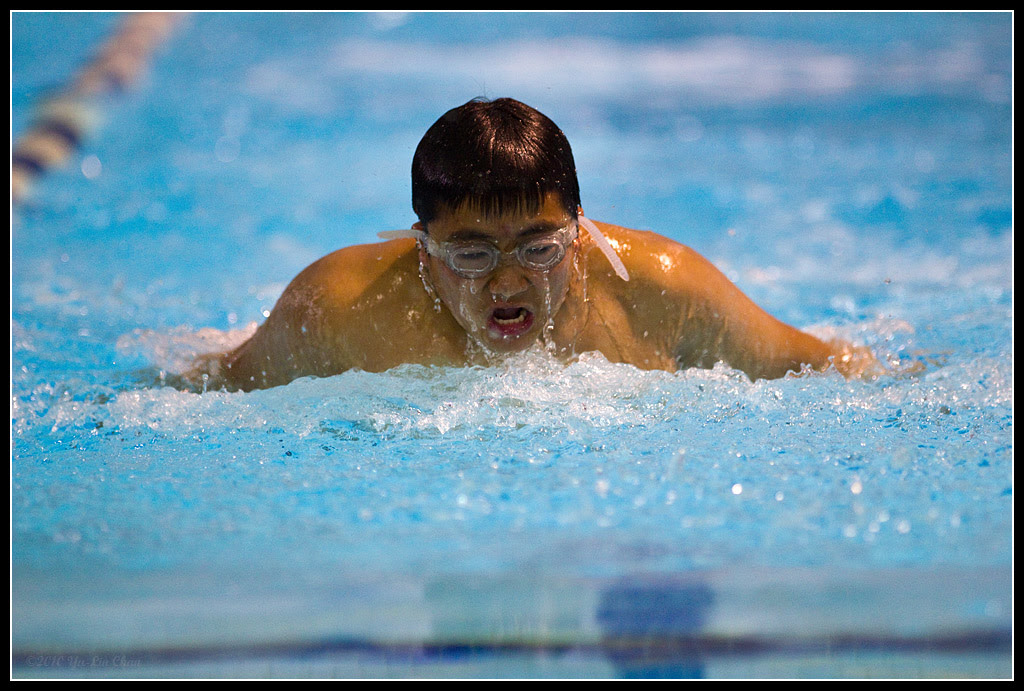 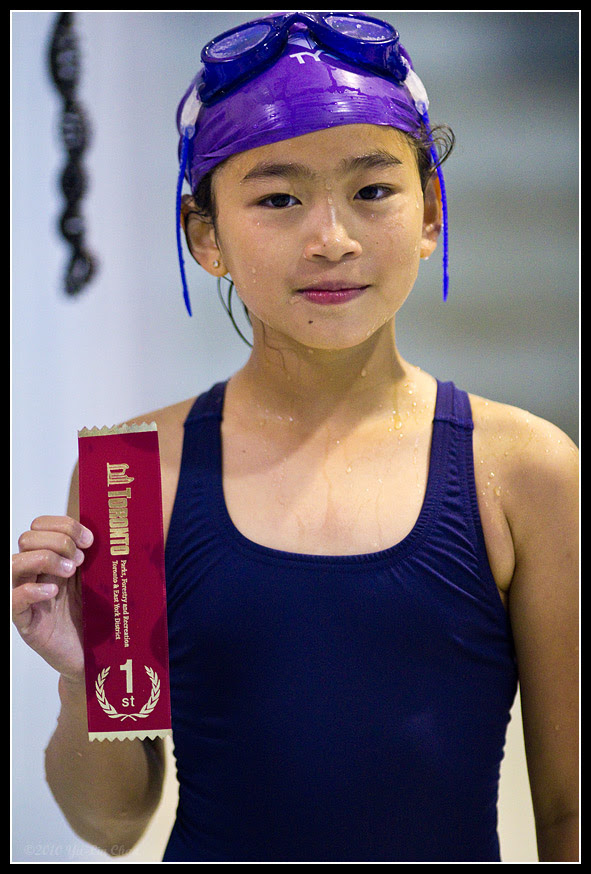