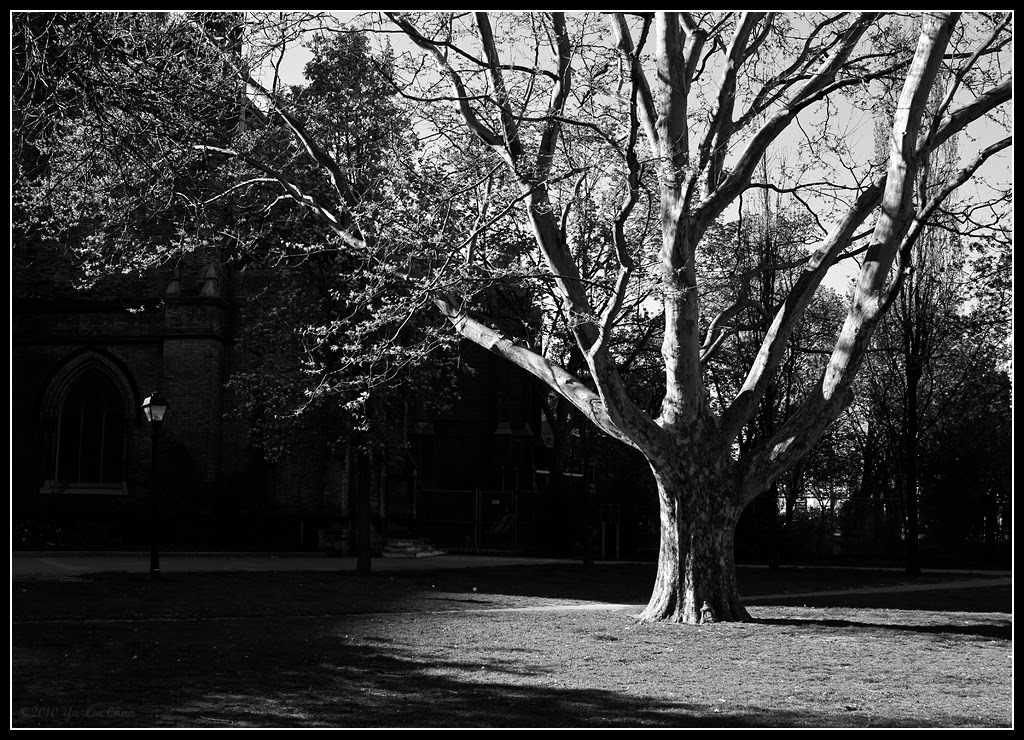 Picked up this lens at the photo show couple weeks ago for peanuts. In overall good condition but is missing the most important accessory -- the hood. This lens is horrible with flare, despite the BBAR MC coating. The hood may help a bit. The lens itself is very well made as most SP series in the Adaptall system is. Very heavy for a smallish lens and feels very dense. This lens could almost be considered a constant aperture lens: f3.5-3.8, a 1/3 stop?

This 24-48mm lens performs OK on the 550D with a high density sensor. Not bitingly sharp, especially at the wide end, but it's not too shabby either. Edges (on 1.6x crop body) is quite respectable. In fact, the "edge" is almost as good as the center at f5.6-f8. Haven't tried it on full frame yet, but I would expect it to be pretty good.

At small aperture in a clear day at 24mm setting, this lens, like many wide angle lenses, makes the sky look very blue without a polarizing filter, but looks like one was used. I quite like that "Velvia" blue, although it looks very fake. This is even more pronounced when developed with the Landscape setting. Not everyone's cup of tea, but I like it.

Keep in mind that most zooms are not very good in the early days. It's obvious that Tamron put quite a bit of effort into designing this lens. A nice wide angle range on full frame.

Oh yeah, it has infrared markings for 24mm and 48mm. I would expect one for 35mm setting too, but no. The amount of IR compensation between 24mm and 48mm is quite large. One reason I don't like using zoom for IR pictures.

Will have an update when I get around to use it on the 5D.
Posted by Lens Bubble at 9:21 PM