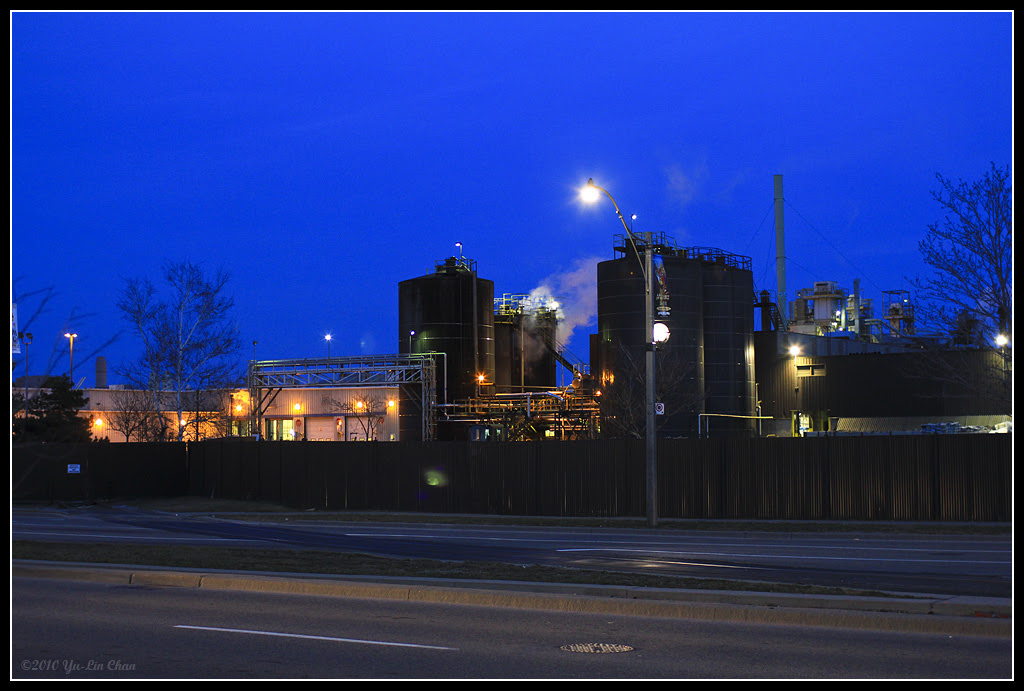 This is one of the largest factories in the South Riverdale area that is still in operation. This factory contributes to the pollution in the Leslieville area. At times, you can see black smoke coming out of the chimneys. Not a pretty sight.

Another one of the big factories, located at the foot of Don River and Lakeshore Blvd, that produced dish detergent, soap and other cleaning products for Lever Pond, has shut down its operation. The unionized worker were on strike for a long time (more than a year I think), and the factory didn't give in and just closed down the factory. Perhaps they already had plans to shut it down, so the workers were really fighting a lost battle. In the end, it's good for the local residents as it was also one of the big polluters in the area.
Posted by Lens Bubble at 11:09 PM