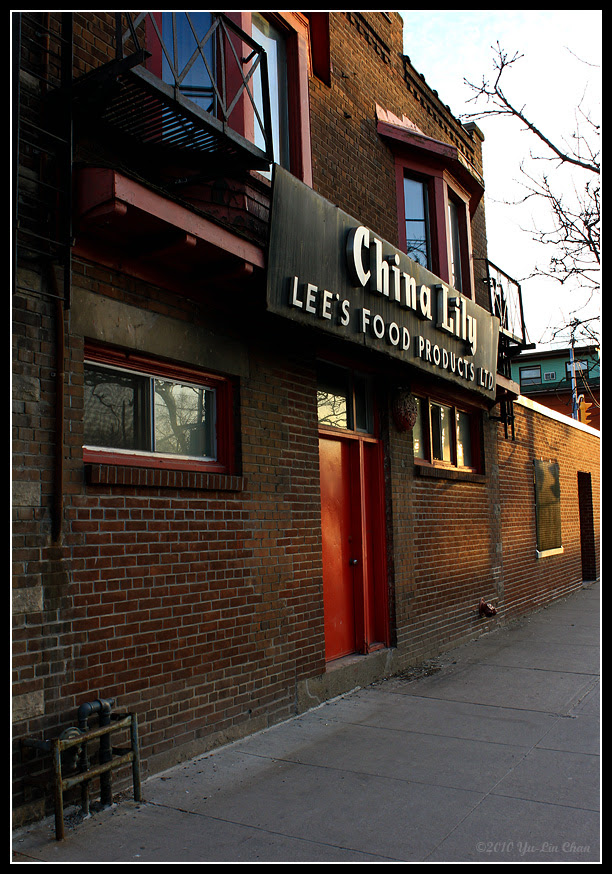 When I first came to Canada in 1980, Chinese and Chinese products were not as everywhere as they are today in Toronto. One of the products that I actually saw at super markets like Dominion, Miracle Food Mart, and other smaller grocery stores were China Lily products, most notably their soya sauce. Their no nonsense black & yellow label was easy to spot. Today, you will hardly see any of China Lily sauces.

China Lily was produced by Lee's Food Products. Their sauces has a cult following, especially those who grew up in Canada, where it was the only locally produced soya sauce when the business started in 1947. When we first moved in Leslieville in 2002, the sauce factory, which is practically located next door to us, was still in production. My wife says she could smell the soya sauce back then, but I never really noticed.

Lee's Food Products is still in business. The company makes a variety of food products such as canned foods and noodles. One of the things you can still buy today is Lee's stir fried noodles. My guess that they stopped producing sauces because of the abundance of them from China, probably at much lower prices. It's hard to compete with China, where it has the economic of scale, and much cheaper labour cost. That's too bad for the China Lily followers.
Posted by Lens Bubble at 9:00 PM