I forgot to mention that this lens is also a macro lens.  There are advantages for a lens with sliding focus.  To get macro, you simply pull the inner tube out as far as you can get focus.

There is no helicoid in this lens, as you can see from the picture from the last blog entry.  Focusing is achieved by sliding the inner lens tube in and out.  Once in focus, you hold the inner tube and press the shutter on your camera.  That's it.  This sounds awkward to use, but it isn't. It's as fast as any manual focus lens.  The beauty of a lens like this one is that you don't need "critical" focus.  If it's slightly out of focus, the picture will be just a bit more soft, instead of blurry.

In use, I found that wide open at f2 is not usable, because the effect is too soft and you won't see much details.  The best compromise is set the lens to f4 with the supplied aperture disc.  At f4, the images are still soft, but it creates more depth of field and improved contrast and sharpness, as well as better details.  From f5.6 on, the lens behaves almost like a normal lens, except the colour is still wacky, and you lose that soft effect.  This is similar to the Canon 135mm f2.8 SF lens, which I will talk about in a future blog entry.

Soft focus lens is a special application lens that has limited use.  Great for women, or couples to create that romantic/dreamy quality.  I especially like it in black and white, but for certain subjects like flowers under certain light conditions, colour is also very enjoyable.  Just don't expect accurate colours from it, that's all.  As a specialty lens, which you won't use too often, it's probably not a good idea to buy an expensive dedicated soft focus lens, unless you can turn off the soft effect.  The Canon SF 135mm f2.8 and Nikon 135mm f2 DC can turn off the effect and can be used as a normal lens, but I am not sure about other soft focus lenses.

I found that strong, directional lighting can create some very nice effects, especially in the evening, or early morning light.  Back lit subjects are usually disastrous because the flare and internal reflection can make the images appear to be in a thick layer of fog.  In normal photography, you would avoid direct lighting, because that would create shadows or the picture will look harsh, but for this lens, it's best used this way.  The strong light will create a luminous, very pleasing soft effect. 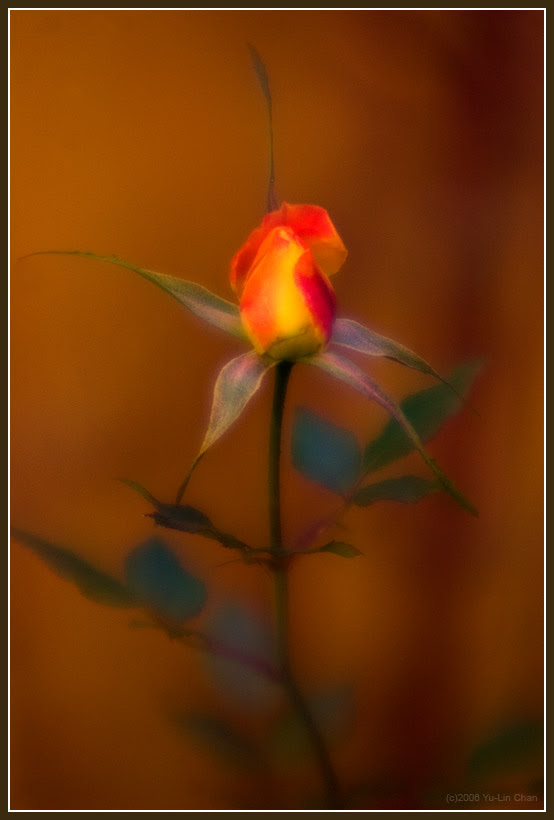 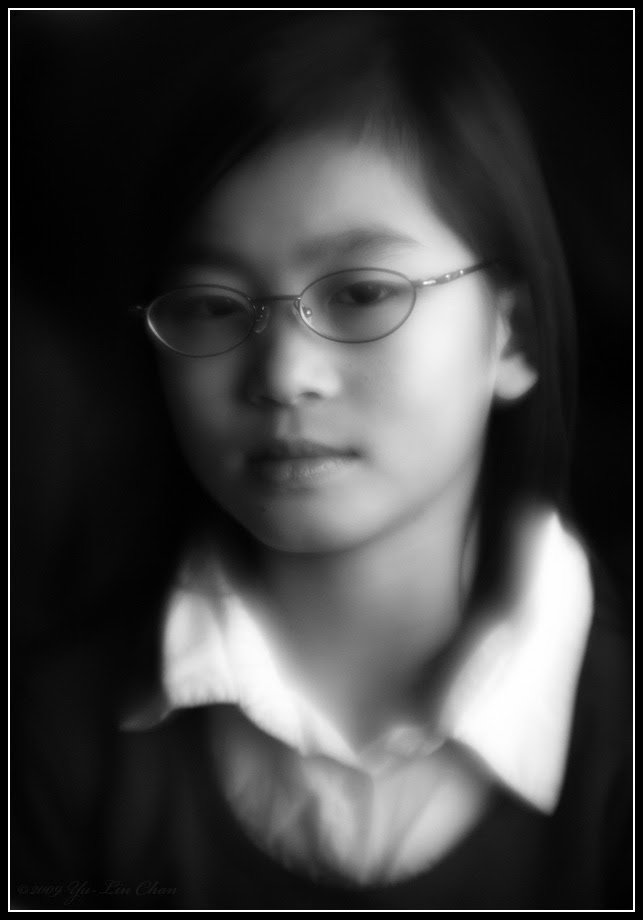