Minor accident this morning at the Spadina & Queen intersection.  Two cars kissed each other.  I didn't see any damages to the cars, but one of the drivers seemed either in shock, or was injured.  The driver was not able to get out of the car, and consequently fire trucks and ambulance were called in.  Firefighters helped the driver out of the seat and into the ambulance.  All was fine, luckily. 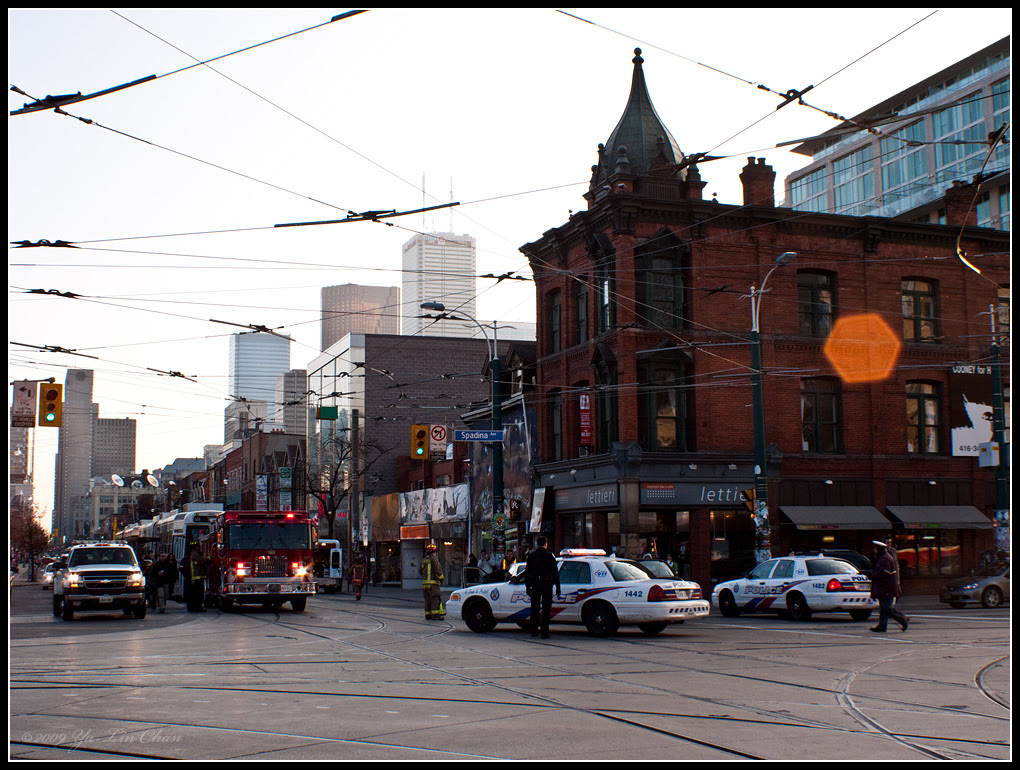 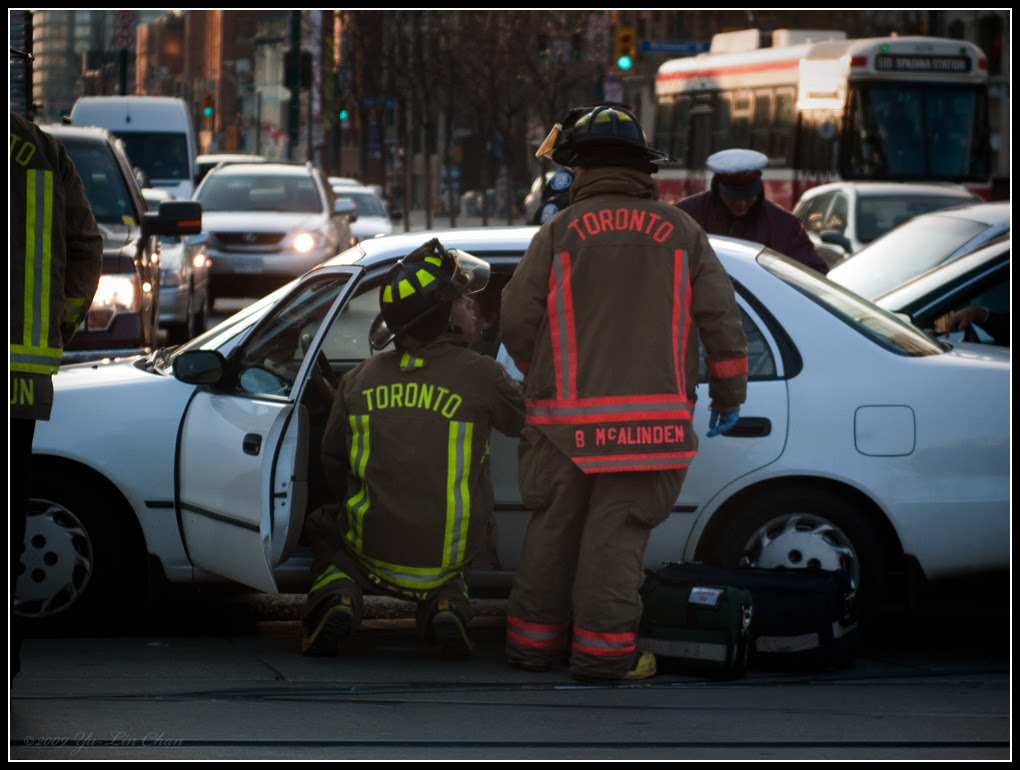 Yesterday the battery charge for the Panasonic G1 came.  Very fast delivery from the states, considering it's a holiday season and usually a busy time for the post office.  As half expected, the battery does not work with the G1, which has the firm version 1.3 installed.  Third party batteries no longer works on the G1 after firmware version 1.3.  Another greedy act by the Panasonic.  I am a bit pissed off because the seller did not indicate that the battery does not work with new firmware on the G1, and the fact that Panasonic disable third party battery support.

The good news is that the charger works wonderfully.  Although it seems to charge a bit slower than the original Panasonic battery charger.  Not a big deal.  Charged up the drained battery and tried a new toy I got -- the unusual Minolta MD mount Sicor 23mm f3.5.  Yes, it's not a typo.  It's 23mm.  I believe Soligor also sold one of these lenses under their name.

From the dozen or so pictures I have taken, the lens itself seems to perform as well as most of the wide angle lenses from the 80s, at least in the center of the image circle.  Can't conclude about the image quality or another in that matter about the lens, with only one day of use.  I am sure I will use it a bit more and have an update on it.
Posted by Lens Bubble at 8:35 PM