In case you haven't heard, Canon is selling pancakes, the tiny 40mm f2.8 pancake lens, that is. This is the first time in Canon's lens making history that they introduced an interchangeable pancake lens. They did designed and made some pancake lenses used on point & shoot film cameras before but not on SLRs. So what's the big deal? It's tiny, of course. More than that, it's cheap, and most importantly, it's optically excellent. The picture below shoes how small the lens is, compared to its big brother, the Canon 50mm f1.2L. 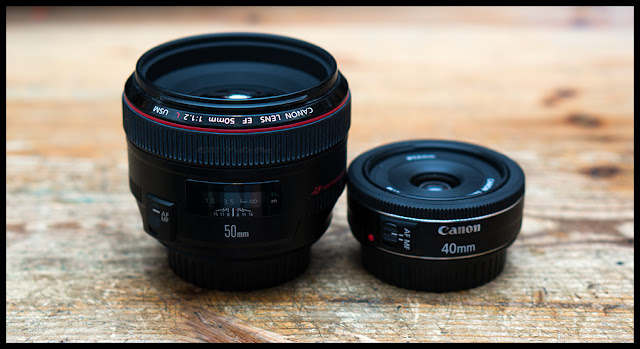 Size is relative, of couse. When compared to other pancake lenses, the Canon is not the smallest. Let's not compare it to the wafer thin auto focus Pentax 40mm f2.8 SX, it's even larger than the older Pentax-M 40mm f2.8 and the Contax Carl Zeiss 45mm f2.8 Tessar, as you can see below. When mounted on my 5D II or 1D III, it looks kind of funny, but on the small Canon 100D, the combo will look incredibly small and compact.

If you haven't read Roger Sicala's test on the Canon 40mm f2.8, please do read it. Roger is a great writer and his blog is always worth your time to read. I haven't used this lens much, but for those pictures I have taken, it's a great little lens and I like it a lot. If memory serves me correctly, the Canon 40mm f2.8 is sharper than both the Contax and Pentax pancakes, especially at the corners. It doesn't focus as fast as a USM lens, and is noisier too. I don't see how this lens, which was made for video using Stepper Motor (STM), the focusing noise will surely be recorded.

Should you buy one? Yes. Sometimes when it's on sale, it goes as low as $150, not much more than the Plastic Fantastic EF 50mm f1.8, but a much better build lens, and optically better. You won't be disappointed. 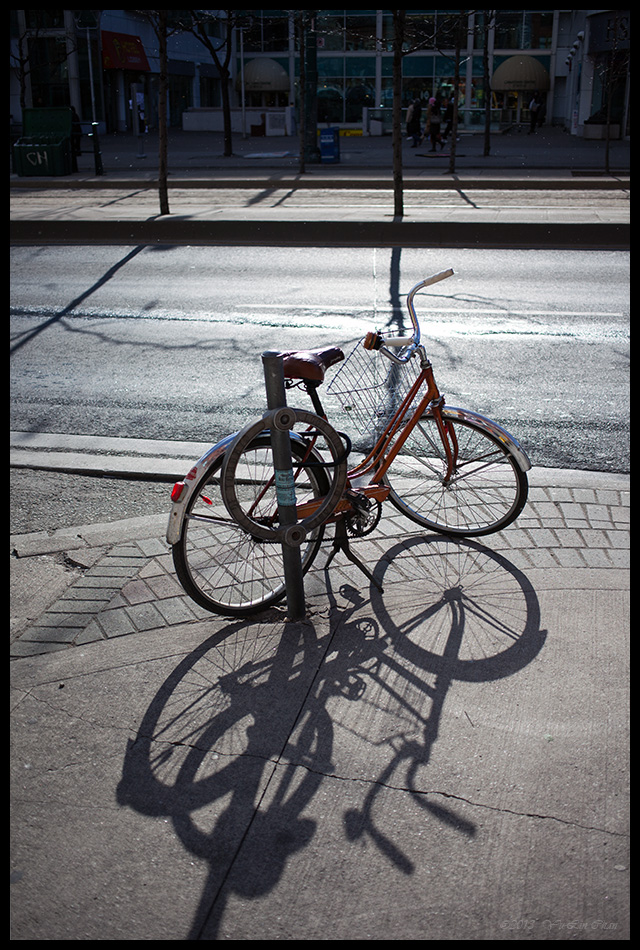