Continued from Part I.

If you are upgrading from the NEX-5/5N, you may find yourself looking for the on/off switch on top of the camera when you try to turn off the NEX-6.  On the NEX-5/5N, the power switch is on top of the camera, separate from the shutter release button, but on the NEX-6, the switch is located around the shutter release. Much more convenient, but take a few days to get used to its new location.

A welcome change I LOVE is the flat bottom of the camera. On the NEX-5/5N, there is a hump over the tripod mount. That was a silly design as you can't securely put the camera on the tripod, especially with an Arca Swiss style quick release plate.  The bottom is now flat on the NEX-6, like every other camera on earth except the 5/5N. 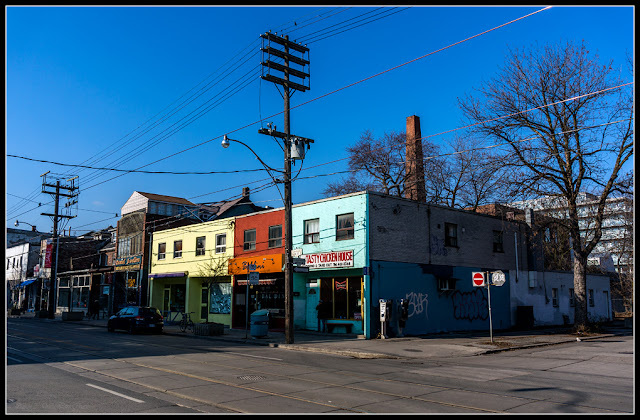 One thing that drove me nuts with the NEX-5N and the external EVF, is how slow it is to switch between the rear LCD and the EVF when waken up from sleep mode.  The NEX-5/5N is already slow waking up from sleep, and with the EVF on, it was nightmarish.  Even when you have your eye on the EVF when you wake the camera, it would first turn on the rear LCD, and then turn it off and switch to the EVF.  I cursed it with clenched teeth more often than I had liked.  The NEX-6 has fixed all this.  First the turned on time has been significantly reduced, and waking up from sleep is also very fast.  If your eye is already on the EVF when you wake it up from sleep, it goes right to the EVF, almost instantly.

In general, the NEX-6 is slightly more snappy in operation, compared to the 5/5N, but the menu structure is still a mess.  The menu system in the NEX-5/5N/6 seemingly has no organization.  Various settings are spread all over the place.  Finding less often used items in the menu system is an exercise in frustration.  Perhaps Sony should take a look at how Canon organizes its menu system in its cameras.