2012 is no doubt the year of Full Frame cameras.  We have had no less than 9 full frame cameras introduced in 2012 from Canon, Nikon, Sony and Leica, and the price of an entry full frame has finally come under $2000 (D600) for a new and current model.  I expect 2013 we will see the price will drop further to around $1700 for a full frame body.

On the mirrorless front, it's equally exciting. Great offerings from Sony with NEX-6, Fuji with XE-1, Olympus with OM-D EM-5 and Panasonic with GH-3.  All are fantastic and very capable cameras.

The most innovative camera company of 2012 has to be Sony.  The RX-100 basically redefines the premium point & shoot category and has made a lot of damage in sales to the likes of Canon G and Panasonic LX series of cameras.  The LX-7 has been on fire-sale.  Canon's G1X is basically selling at the same price as the RX-100 but simply can not compete with the RX-100's portability and great lens.  Let's not forget the mouth-watering RX-1.  What a marvelous camera and it's without peers!

The most disappointing company to me, is Canon.  I have invested heavily in the Canon system, but I haven't seen much in ways of innovation.  The EOS-M is so lame that it's been often made fun of. I simply can't imagine how a big company like Canon can make a mirrorless camera like the EOS-M in the year of 2012. What happened to its innovation, the technological lead that it enjoyed for years?  If you haven't read Roger Sicala's "A Corporate Connotation", it's an enlightening read. For me, I voted with my wallet and bought an NEX-6 and the E-mount 50mm f1.8 OSS this year.

Shamefully, I did not accomplish my goal of completing two photo-books. One of them is near completion, though, just working on a design for the cover and some final fine tuning, but this proved to be difficult for me as I am not artistically inclined.

One thing I am quite happy with is that I took a lot of pictures in 2012 and updated this blog with more frequency than 2011.  Sadly, my photographic skills hasn't improved much, if at all. Either I have reached the plateau or I haven't been trying hard enough.

In terms of gear, not much has changed.  Got rid of all entry level Canon bodies (XSi & T2i) and gave my NEX-5N to Dillon.  We can now share a pool of lenses and lens adapters.  Still have my Canon 1D Mark III, which will be my action camera for a while. Strangely, I no longer have a strong urge to buy a full frame camera, though I would still like to buy a 5D II or 6D, but in no hurry. With money from the XSi/T2i and some other stuff I sold, I bought a Sony NEX-6 with the 16-50mm f3.5-5.6 kit lens, an E-mount 50mm f1.8 OSS lens (what a fantastic lens it is!) and a Pentax Q with standard lens. The only camera I want in 2013, is a full frame camera. This may even be a 5D classic, which I came very close to buying at $530. As I said, there is no hurry for a full frame. I am completely happy with the NEX-6. 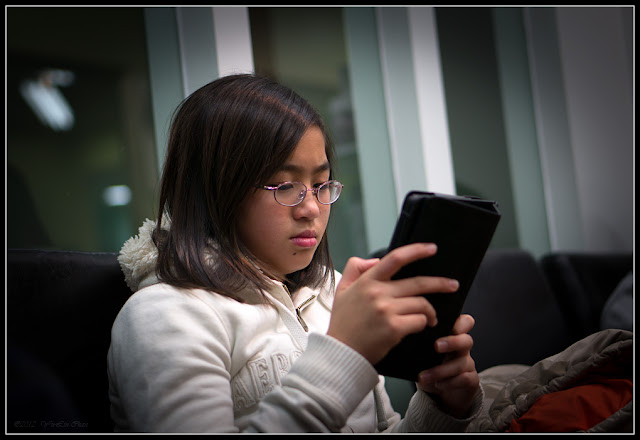