The other day I took out both the Tamron SP 17mm f3.5 Adaptall (second version) and the Tokina RCM 17mm f3.5 and took some pictures for comparison.  What I found was bit of a surprise.

Please note that this is not a real review, and certainly not anywhere near scientific or rigorous in making sure everything is identical.  Pictures were taken handheld, one lens, and then the other.  Consequently, framing might be slightly different.  Also, no guarantee on 100% accurate focusing.  Ultra wide angles are very difficult to nail critical focus.  But, both lenses have equal opportunity on chances.

Both lenses are very well built and focuses smoothly, as expected with most manual focus lenses.  Both focus to 0.25m, which is very close; almost touching the lens hood at this distance.  The only non-metal parts is the focusing band on both lenses, and in the case of the Tamron, the plastic distance window.  The Tokina has a slightly longer focusing travel and might give a slight edge to finer focus adjustment.  In terms of size, both lenses are similar, but the Tamron is slightly smaller.  The Tamron has n o filter threads on the lens itself; an 82mm filter thread is on the hood. If you lose your hood, you won't be able to use filters on it.  On the other hand the Tokina has a standard 67mm filter thread, which is much easier and cheaper to attach filters. 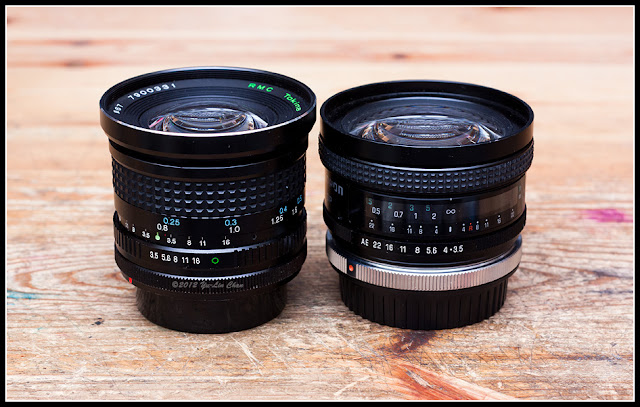 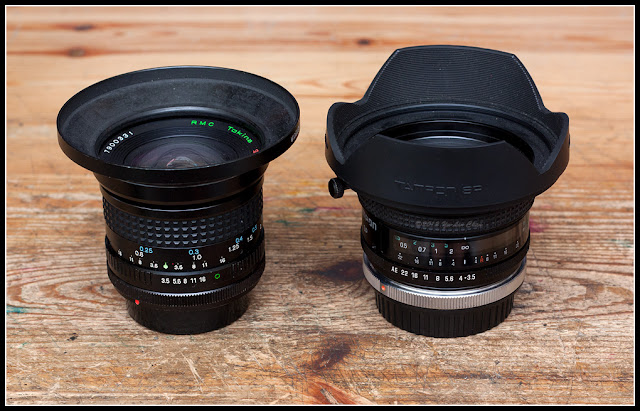 How do they compare optically 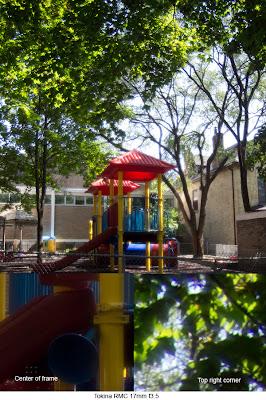 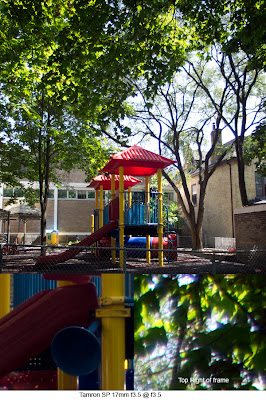 Tokina on left, Tamron on right. Crops are NOT sharpened. Click each picture to see larger version

At f8, both lenses are very sharp at the center of the frame. The Tamron does a bit better at the far corner.  Please note that the tree was not at the plane of focus, so on a flat surface, the corner might be better, but at f8, the depth of field should make up for it.  Note the colors are very similar.

I would imagine the Tamron will be a better performer on full frame at the corners.  The center of both lenses are very similar from about f5.6 on. 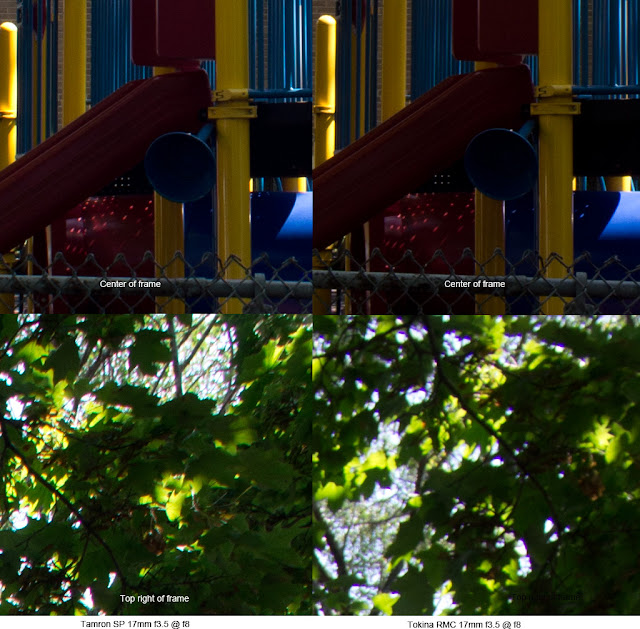 At f8 unsharpened. Tamron on left, Tokina on right. Click to see 100% crop.

For ultra wide angles, bokeh is usually not a real concern for most people.  They are normally used stopped down.  For interest's sake, I have provided one for your reference. 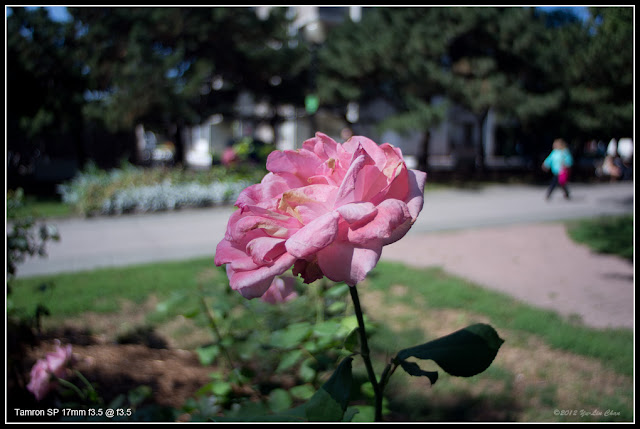 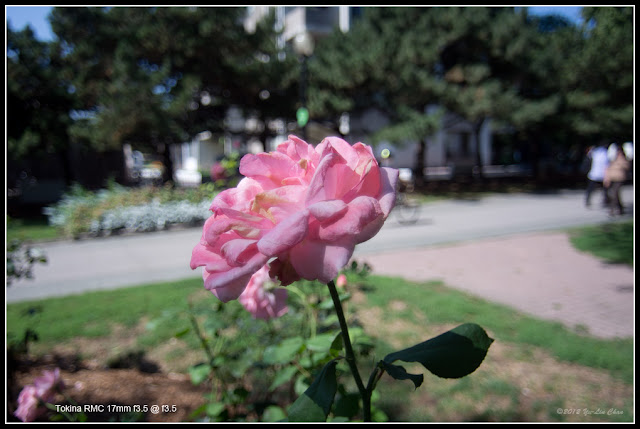 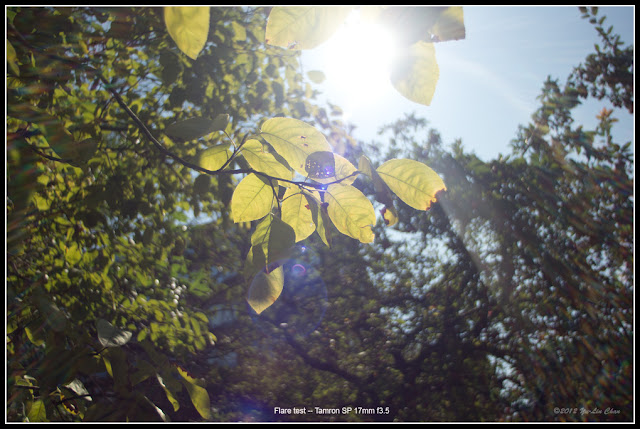 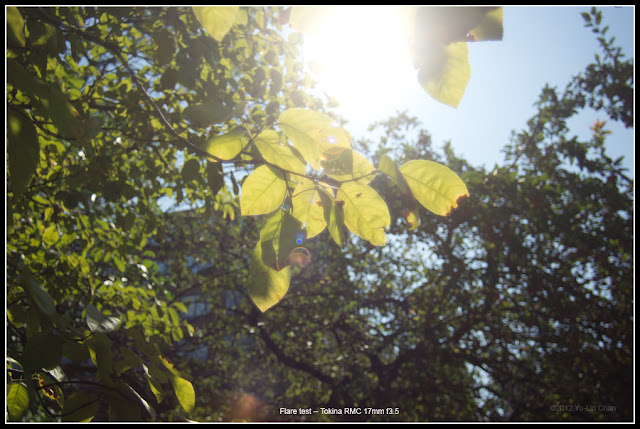 Flare test.  click on each image to see a larger version.

I paid exactly twice as much for the Tamron SP 17mm f3.5 (without mount) as the Tokina RMC 17mm f3.5.  I think the Tokina represents a great value for the money, putting up a good fight against the more expensive Tamron.  If used on M4/3 cameras, the differences is probably negligible once both lenses stop down one notch, but on full frame, and to a lesser degree, APS-C sized sensor, the Tamron hold an edge at the outer corners.