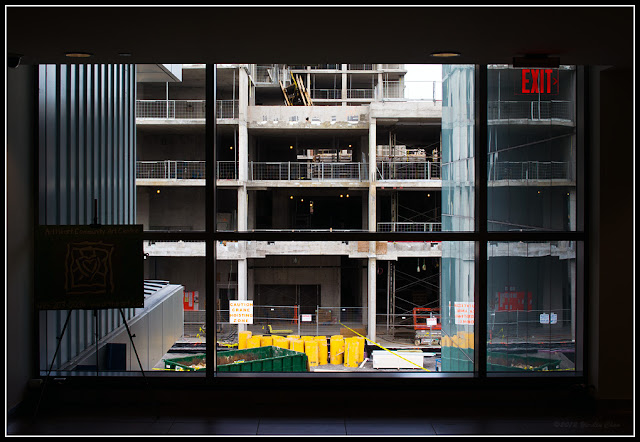 My kids' music school, Regent Park School of Music, had outgrown itself and moved from its former old building on Queen Street East near River Street to the spanking new Regent Park Arts & Culture Centre on Dundas Street East. The Whole Note Magazine was there to take pictures of the new school for its upcoming issue.  My kids were invited as part of the group in the pictures that will appear in the cover of the magazine.

As soon as I entred the second floor, where the music school is, I was immediately drawn to this gigantic window, as pictured above.  As you can see, new buildings have been built in a feverish pitch in the Regent Park area; it's transforming itself into beautiful living/working space.