The Start of a New Hobby?

Last week I decided that my oldest son Dillon should have something to do this summer and we decided that we should put together our own bike.  Just for the experience and see how hard it would be.  So I picked up an ugly burgundy colored frame with the Orions brand, which i heard was a cheap brand, and a bunch of other bike parts so that we could get started.  The picture below shows the original frame: 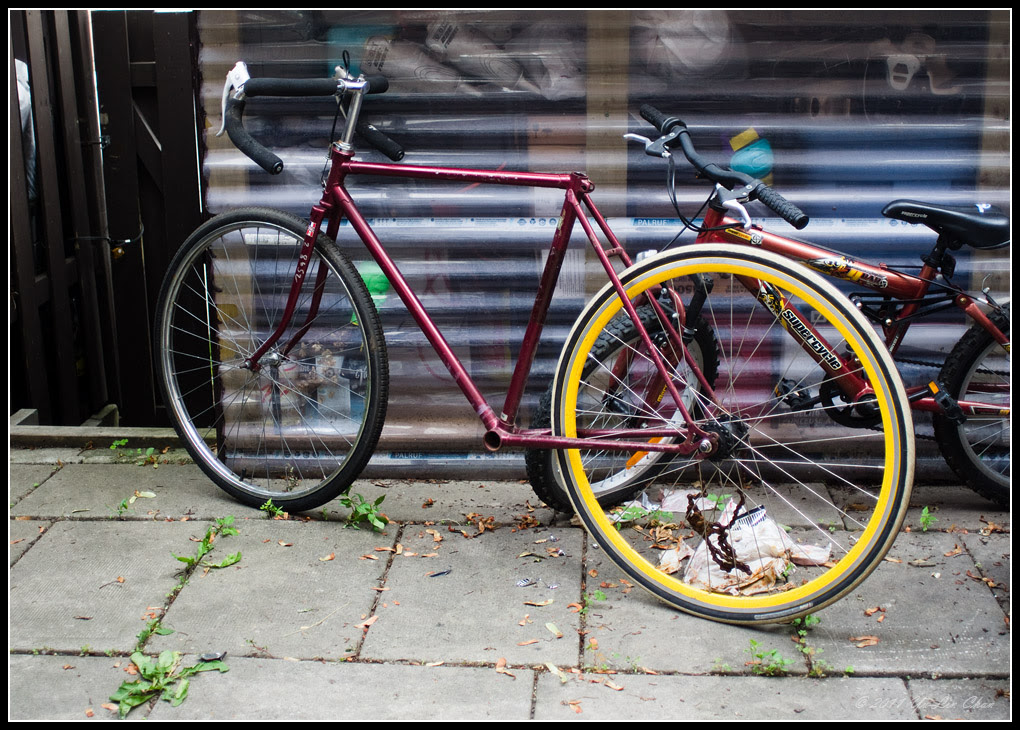 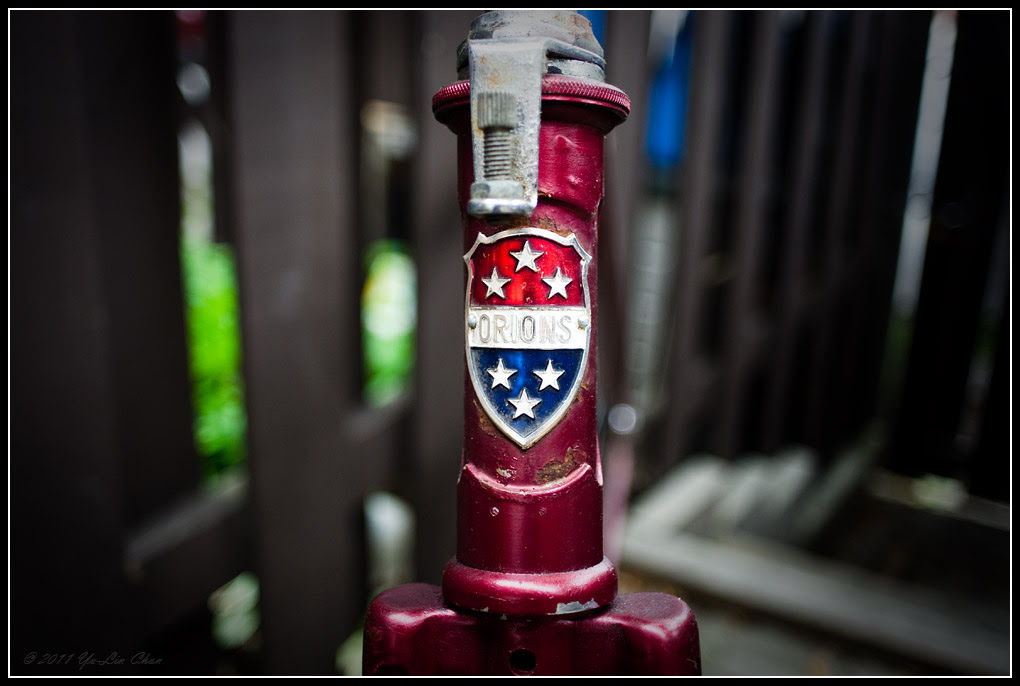 Orions is the brand -- NEX-5 & OM 24mm f2.8.
Dillon and I took out the rusted chain, and I removed the paint on the frame.  The frame is made of steel by the way.  The paint removal took almost two days, since I didn't use any tools or chemicals other than a blade.
Once the paint was removed and the frame polished, I sprayed a coat of primer on, and then glossy black paint, follow by a clear coat which makes the paint shiny.

The rear wheel came with a flip-flop hub with both a fixie cog and a single speed freewheel installed.  Unfortunately, I could not get the front wheel in the same yellow color as the rear. Instead, the front wheel is red. But, they don't look too bad together with a black frame.  This is one of the problems buying parts used. Parts don't always come in matching sets.  The crankset, which was originally used on a 10 speed, is used only with the inner chainring.  It would have been nice to get a single speed crankset, but one costs about $60 new, which does not even include the bottom bracket.

Chain, brakes and some misc. stuff came from Mountain Equipment Co-Op.  Today, we finished up the handlebar tapes, and the bike looks pretty good.  I have been riding it to work for the last few days and really enjoy it.  It took far less time than we anticipated.  We are planning to do another for Dillon, as I am keeping this one :) 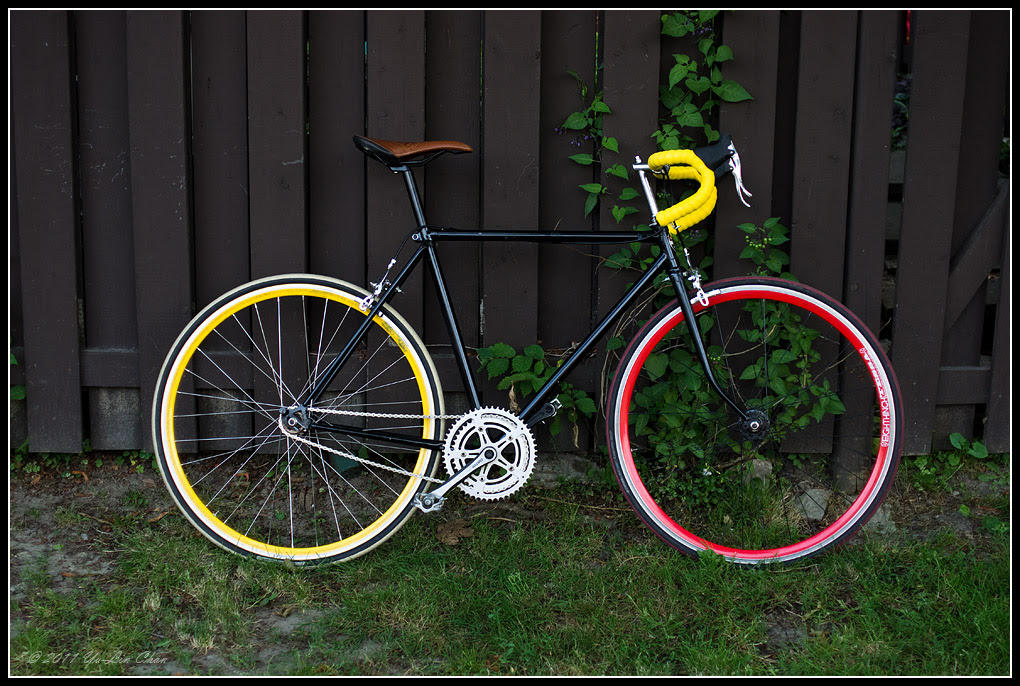