Waiting to Be Demolished 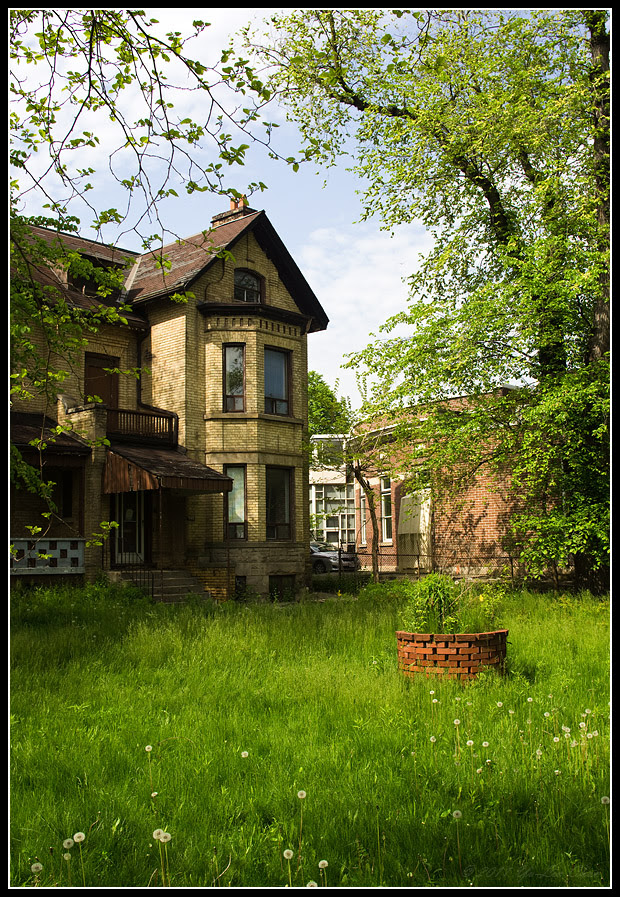 Beautiful Old House -- NEX-5 & Vivitar 24mm f2.0 FD Mount.
There is a piece of land near the north west corner of Broadview & Gerrard Street in Toronto, marked for re-development.  There are couple of houses in the lot that's been abandoned for a few years.  The one in the picture is one of the bigger one.  It's sad to see a nice house with so much character has to be demolished.  Compared to the new house built, this old one looks so much more grand and beautiful.  I wish they can spare it and renovate it instead.

As for the Vivitar 24mm f2, I have had many versions of this Vivitar lens and some with performance variance.  The worse of the lot is the 49mm filter thread version, forgot what the manufacturer is, but this one was a Kino-made version with 55mm filter thread.  I actually have the Kino 24mm f2 (OM Mount) and both have similar performance, but I will give the slight edge to the Kino.  All of the the 24mm f2 lenses are nice lenses.  At the last count, I still have four of these (FD, OM, Nikon, MD mounts), I believe all made by Kino.
Posted by Lens Bubble at 12:52 AM