2010 saw the most frequent gear change ever for me.  Practically all my camera bodies have been replaced, except the Panny G1 and the IR 20D.  Personally, this is not a good sign.  Frequent gear changes are like mid-life crisis -- not happy with things as they are, and a need to prove something that may never be there.

I admit I was fooled by the Canon propaganda machines regarding the high image quality and high ISO capabilities of the T2i/7D.  I love both of these cameras except the sensor.  If had the the image quality of the 5D sensor with some high ISO enhancements, I would be in heaven, especially for the 7D.  It's almost a perfect APS-C camera.  So I have learned that you can't really trust what a company says completely, and that the studio test shot in dpreview represent the best image quality under ideal lighting, that in normal use, would almost never achieve the same results.

Sad to say that I have only partially achieved my goal as I set out to accomplish in the beginning of the year: a high speed camera for action (1D IIn), a full frame bodies with high ISO capabilities (which was supposed to be the 5D II, but the pricing has not gone down significantly enough to justify buying one), and a body to play with manual focus lenses (G1/NEX-5).

I already wrote about why I got rid of the T2i and 7D -- the image quality is not what I expected.  The short lived ownership of the GF-1 did not excite me.  Just don't like shooting with it.  I felt like shooting with a small brick -- very uncomfortable to hold.

In terms of lenses, I added some manual focus lenses, but far less than previous years.  I think this is a good thing.  Either manual focus lenses don't interest me any more, or the ones I really want are out of my price range.  A good thing, I would say.  The only auto focus lens I bought this year was the Canon 100mm f2.8L IS (kit lenses don't count).  What a fabulous lens it is.  This lens was to replace both my 100mm f2 USM as well as the 180mm f3.5L, but so far both of them are still with me.  As I said before, it's hard to get rid of lenses.

However, I did sell part of my M42 collection, especially the Takumars.

The Panny 45-200mm f4-5.6 OIS lens was also sold.  I had high hopes for this lens but it never performed well.  The image quality was not there, and the IS was not very effective.  After a few uses, it was gone.  The only regret I had for this lens was that I bought it in the first place. 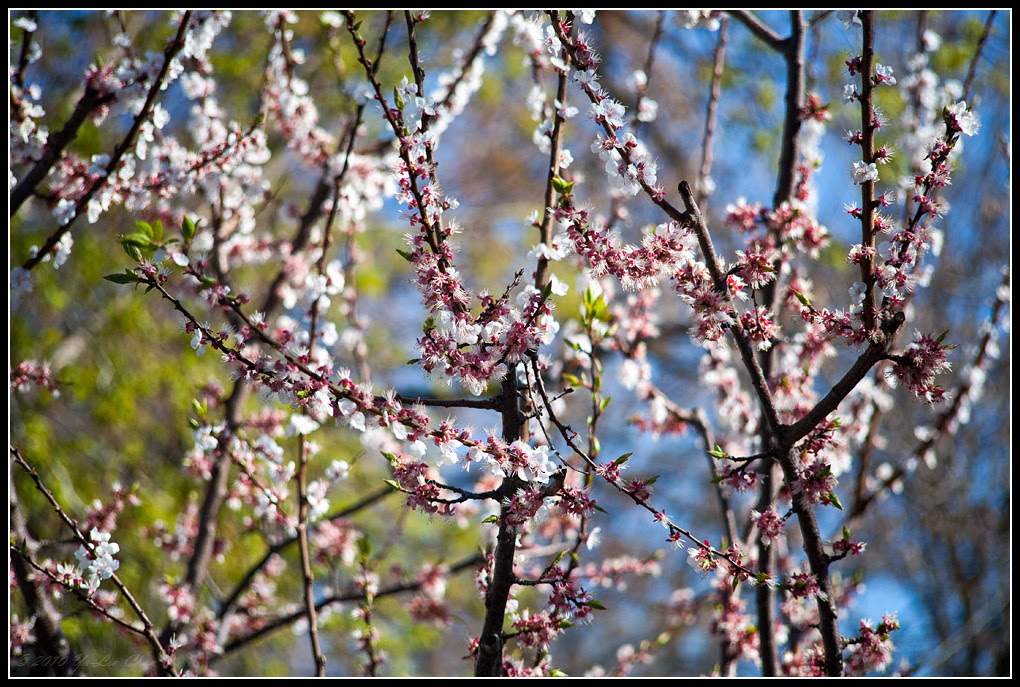 A picture to remember my 5D and the spring to look forward to in this frigid winter -- Canon 5D & Schneider Retina Tele-Xenar 135mm f4. Click for larger.
Posted by Lens Bubble at 11:15 AM

Email ThisBlogThis!Share to TwitterShare to FacebookShare to Pinterest
Labels: Commentary