Canon, what happened to your AF supremacy?

Since the introduction of the Canon 1N, and the super quiet and fast Ultra Sonic Motor (USM) driven long lenses, Canon has practically cornered sports photography market. This is especially after the superb EOS 3 in 1998 with a lightning fast and accurate 45-point auto focus system, and subsequent 1V. This combination of fast focusing lens and the 45-point auto focus system made sports shooters switch from Nikon to Canon in droves.

This 45-point auto focus system has reigned supreme for a decade, unmatched by any other manufacturer. Things only got worse for Nikon when we entered the digital age, with the introduction of the Canon 1D Mark II. Nikon had not made another camera that could compared to the 1D II after the D2H. In fact, the Canon 1D Mark IIn represented the pinnacle of the 45-point auto focus system.

Too bad for Canon, the sports photography market has never looked the same after the introduction of the 1D Mark III. Created with high hopes and expectations for the celebration of the 20 year anniversary of EOS, Canon revamped the 45-point auto focus system, and re-designed the 1D. Unfortunately, the Mark III fell flat on Canon's face with its auto focus inconsistency. To compound the pain for Canon, Nikon introduced the D3, a marvelous cameras that featured a new 51-point auto focus system that performed consistently and predictably. Sports shooters are moving back to Nikon in droves.

As an ex 1D Mark III owner, I loved everything about the camera, except the auto focus system (and to a small degree the LCD screen). I could not even get the level of auto focus accuracy as my 1D Mark II that it replaced. I fiddled with the configurations, but it was still a hit and miss game. Finally, I concluded I could not trust its auto focus system, and sold it. The used 1D Mark III has by far the worse re-sell value of any 1-series Canon.

Today, I read the Rob Galbraith's article titled "An analysis of EOS-1D Mark IV autofocus performance". I just had to shake my head. What has happened to the company that pioneered so many firsts in the SLR field? Electronic Lens Mount, Ultra Sonic Motors (USM), Image Stabilization, Diffractive Optics (DO), and the famous 45-point auto focus system? You would think that after the 1D Mark III fiasco, they would make the 1D Mark IV bullet proof. Again, like the 1D III, the mark IV is a nice and fantastic camera with so many features, but what good is a sports camera if you can't get consistent auto focus?

Of all the Canons I have shot with, I love the 1D, 1D II, and the 5D the best. The 5D's auto focus system is slow, but ACCURATE!!! I hardly get any out of focus pictures with the 5D. If it's blurry, it's because the shutter speed is too low, and not of focus errors. 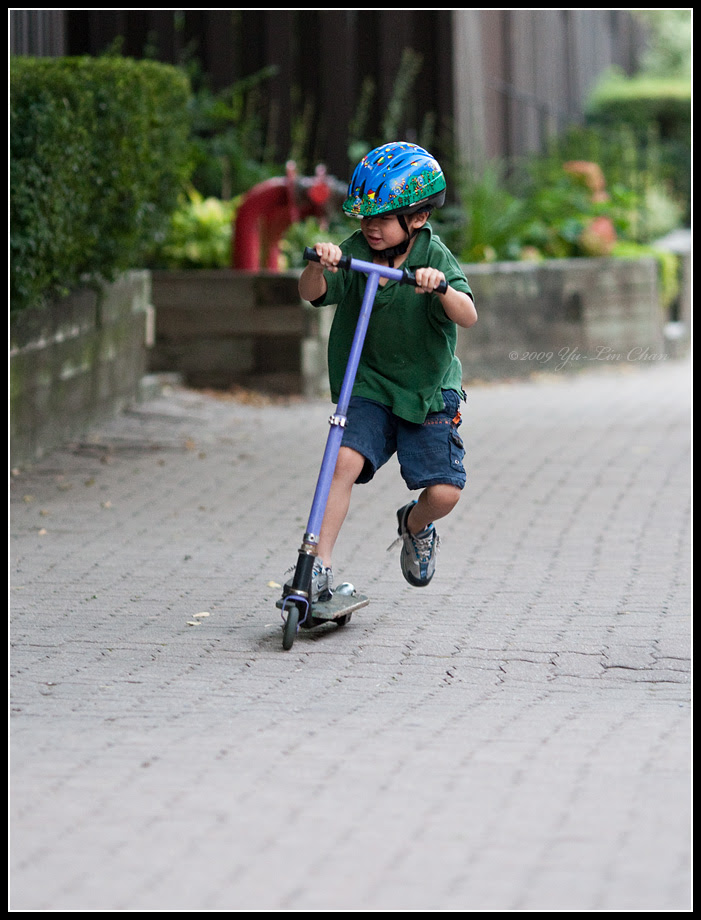