A Laundry List of the Digital Cameras I Have Owned 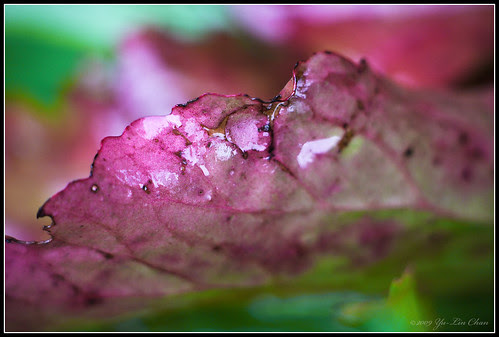 
MAWZ has written a nice little recap of the digital stuff that he has owned, titled "Oh, the Camera's I've Owned" and I think it's a great idea. I have decided to do the same, but I don't know how much I can trust my memory. Be warned, this is a long and boring post.

Canon G1 -- My very first digital camera, and one of the best in its class, sporting a very bright 3x f2 to 2.5 lens. This 3MP camera cost me almost $1300 back in May of 2001. It had the lowest noise and cleanest files. But, looking at it again in 2009, the quality looks like @%^!, compared to the DSLRs today. I owned this camera for 3 years but only shot about 5000 frames with it. I captured the early stages of my kids growing up and I am glad to have bought the camera.

Canon Digital Rebel 300D -- One of the most frustrating thing about the G1 was its focusing. It only wanted to focus on the most contrasty area within the whole frame, instead of where you want it to focus on. So, in September of 2003, I sold the G1 and bought a 300D with a kit lens from Vistek. I was in heaven. Finally I was able to shoot SLR again, without the expenses of film and development. The image quality from this camera was phenomenal. I never saw anything so grain free before. I ignored all the short comings of this camera, and shot the heck out of the camera. Sure it was frustrating at times. No Flash Exposure Compensation, No AI Servo except in Sports mode, which only worked with ISO400. What kind of stupid decision is that to cripple a camera which was capable of so much more! The camera was also very slow, especially at write speed. I made roughly 7000 frame for the 14 months I owned it. VERY unfortunately, this camera gave me GAS (Gear Acquisition Syndrome).

Canon D60 -- Starting with the D60, I have not bought a brand new DSLR except the Panasonic G1. Everything I bought from this point on were used. This camera survived only a few days and then it was dead. I am glad I bought it from Henry's Outlet Store, and I was able to swap it for the 10D. Not used it enough to get any impressions, except that it was as slow as the 300D.

Canon 10D -- Solid, great camera with a much better view finder than the 300D. The 9 RAW frame buffer was a great relief that was the major cause of frustration on the 300D. Like the 300D, it had great IQ, but I wouldn't shoot anything pass ISO 800. About 15000 frames from the 10D in one year. I started using manual focus lenses on this camera, which to this date I still use regularly. In fact, I mount manual focus lenses on my camera more than auto focus lenses.

Canon 1D -- First pro caliber camera I owned, and unfortunately, I lost all original RAW files I shot with it, along with 250 GB of other pictures, due to hard drive failure caused by the fried power supply. All three hard drives died, but I was able to recover the none picture data from the other two, and the data I most wanted to save, the pictures, can not be recovered. The only consolation is that I printed quite a few 4x6 prints from the 1D files. Heavy, built like a proverbial brick outhouse. The focus capability was amazing. For the first time I was able to lock focus on moving objects with some consistency. Very noisy above ISO 640. Unforgiving when under exposed. Shooting this camera is almost like shooting slide.

Canon 20D -- After about 6 months of not owning a camera, due to the heart ache I had from the hard drive failure. I decided to start the photography again, but this time with some safe guarding measure. RAID, UPS, good power supply and a solid computer, etc. I can see why the 20D was among best DSLRs in its class. Fast, amazingly good quality, even by today's standards. Data writing was blazingly fast, compared to the 10D/300D. The handling was also great. It was sad to let this one go. Had this camera for about 1.5 years with roughly 12,000 frames.

Pentax *DL & DL2 -- Totally unexciting cameras. Image quality was ok but not great. Only reason I bought them because I brother-in-law got them very cheap when they were out of production.

Pentax K10D -- Great camera. The in-body Anti-shake helped a lot, but not as much as I hoped it could do. This camera was amazing for the feature it offered: sealed body, SR, great handling and reasonably good image quality. Didn't last long though. It was gone after 4 months and 2000 frames.

Kodak SLR/c -- My first full frame camera and one of the worse body I have ever used, equal only to the Sigma SD10, which shared the same body. Everything about this camera was slow, slow slow. It took about 15 seconds for the preview to come up after you shoot the picture. At first I thought the camera was broken. The LCD must be the cheapest part that Sigma can find. It was absolutely unusable. The other thing I did not like about this camera is its noise. I wouldn't shoot anything over ISO 320. Files from camera just did not seem very clean, even at base ISO, compared to Canon DSLRs. The thing I liked the most about it is the colours. It's very different and I like it better than the Canon. It only stayed in my hand for two months with about 1200 frames.

Canon 1D Mark II -- Second attempt at the pro body. This was by far the best camera I have owned, in terms of a balance of image quality and capabilities. It's the longest owned camera I had and only sold it very recently after I bought the 1D Mark III. This is a workhorse of a camera that never let me down, except when the shutter died prematurely at 70,000 clicks. I took more 40,000 frames in three years that I owned it.

Canon 1Ds -- While waiting for the 1D II to be fixed, I bought this camera. It turned out that I like the 1Ds a lot. It was ideal for manual focus lenses. I owned this camera at the same time as the 1D II, and used it quite a bit. About 95% of the pictures I took with this camera was made with manual focus lenses. The good -- image quality at low ISO; interchangeable focusing screen. The bad -- noisy about ISO 400; slow. This camera stayed with me for almost a year and 10,000 shots.

Sigma SD10 -- Bought this from the camera show for $125. It had electrical problems with batteries. The batteries were drained after only about 30 shots. I had the intention to use it for infrared, but it didn't turn out very well, because I only had the kit lens that came with it, and the infrared filter I had wasn't very good. It's gone after two months with only a few hundred pictures. Very slow. Almost as bad as the Kodak.

Canon 30D -- Bought this for my son, hoping that he would get interested in photography. No dice. I used it for a few months and I have to say it's one of the nicest Canon consumer bodies. Image quality is slightly better than the 20D.

Panasonic G1 -- Must be the best little camera that's high in the fun scale. I shot an unbelievable 15,000 frames in 5 months! It can take any lens you throw at it. Image quality is good, but not even close to the likes of 5D. Anything above ISO 400 is very noisy. But, it's small with a flip screen. The Electronic View Finder is still one of the best. This finder make manual focus a snap. Still using it every week.

Canon 5D -- I kinda missed the full frame after I sold the 1Ds, so I bought a used 5D. Turns out I love the image from this camera, even more than the 1Ds. It's so clean, files so sharp, it's my favourite camera when it comes to image quality. Auto focus is extremely accurate on the 5D. Still use this camera weekly. I have had this camera for only 3 months, and about 5000 frames.

Canon 1D Mark III -- At the moment, I don't know what to make of it yet. I had high expectations with this camera, but it turns out that I wished I didn't buy it. It couldn't focus reliably even in one-shot mode. Did some test shots with oncoming cars going at about 40km/h and only a few were in focus. This camera has the sub-mirror fixed by Canon. I am planing more focus test with various lenses and see how the auto focus performs. Most likely it will go back to Canon to have the focus checked.
Posted by Lens Bubble at 8:35 PM