Graffiti is prevalent in most cities, and here in Toronto, graffiti that is not defined as art is considered illegal. Any graffiti appears on the outside of a personal or business property must be removed at the owner's expense. Because of this city by-law, the building right across from where I work has been fighting a losing battle with graffiti "artists". They have been busy removing graffiti on its wall, but usually a few days after the removal of the existing graffiti, another one will replace it. 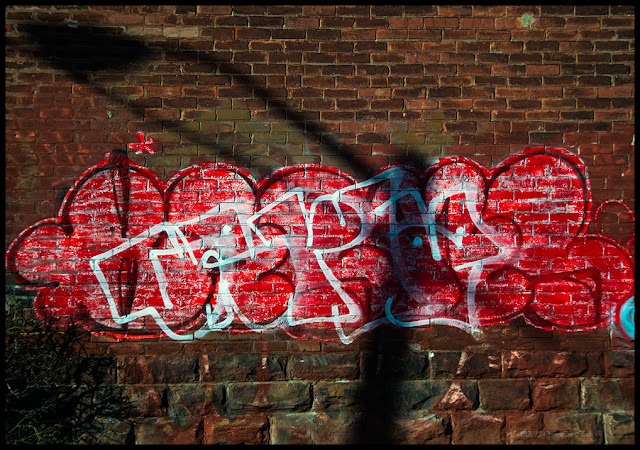