Evolution of the Canon FD Mount

Like the Nikon F mount, which has gone through many evolutionary changes, morphed itself from a simple mechanical mount to a fully electronic mount, the Canon FD also had a few changes. The difference is that Nikon made major changes to both the body of the camera as well as the lens, where as Canon did it mostly to the mount on the lens.

The FD mount started life as Canonflex R mount in 1959 with the introduction of the Canon Flex. The R mount became the FL mount in 1964, when Canon introduced the FX SLR. Both the R and FL mounts are  very simple mounts that had no automation capabilities at all. That means no aperture priority, shutter speed priority or any programmed modes you see in modern cameras. The R/FL mount was the only lens mount from a major camera maker that used breech lock mechanism for mounting the lens, whereas most others used a bayonet lens mount. The advantage of a breech lock mount, according to Canon, was that it put less stress/wear on the lens/camera and more precise alignment of the lens to film. Personally, I am not a big fan of breech lock. It takes longer to mount and the lens may become loose after a while if left on the camera. 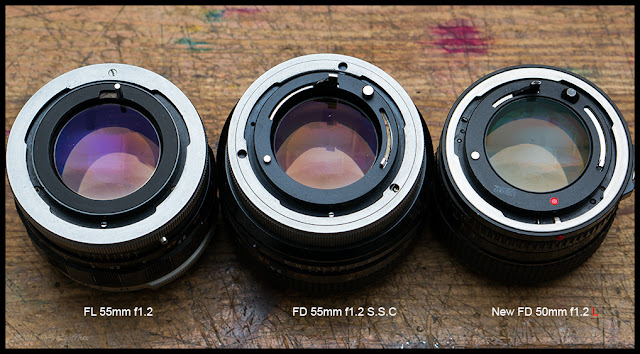 Three Generations of the FD Family

If you look at the picture above, on the left is the original FL mount. You can see that the only part that the camera can control is the aperture lever. The camera does not know what maximum aperture your lens is, or what aperture you have set on the lens. Everything is manual.

Then in 1971, Canon introduced the flagship F1 Single Lens Reflex camera, along with the new mount, called the FD mount, to compete with the popular and mighty Nikon F. This iteration of the mount change includes maximum aperture detection (the big round dot at 1 o'clcok on the FD 55mm f1.2 in the picture above), as well as other programmed automatons such as aperture priority, but the mounting method remained the same as the FL mount.

Ten years later, in 1981, Canon gave the world the improved F1 called the New F1, and just like the original F1 introduction, a new lens mount, called, well, New FD. The lastest change to the FD mount essentially converted the breech lock mount system into a bayonet mount system, like very body else. With this new mount, which many people call it nFD or FDn to distinguish it from the old breech lock FD mount, mounting the lens is easy as twist and lock, instead of turning the lock ring to tighten the lens.

History tells us that Canon, in 1987, went off to a completely new path in Camera design with an all electronic mount and auto focus system, the EOS, and abandoned the FD mount completely. That was one very gutsy move on Canon's part, as it alienated all current FD users and essentially made their cameras/lenses obsolete with no future enhancements and support. But the new EOS mount proved to be a strategically successful decision. The new EOS mount made such things as Ultrasonic Motor (USM) and Image Stabilization possible. Lenses, regardless of size and focal length, focus lightening fast. This new mount basically left Nikon in the dust in the sports photography field, until Nikon started incorporating motors inside their lens, but ultrasonic motors wouldn't come until Canon's pattern on it expired.

Some of the best and most unique lenses were designed and made in the FD era. The insanely sharp and fast FD 200mm f1.8L, FD 85mm f1.2L, FD 24mm f1.4L, FD 55mm f1.2 AL (first lens to use an aspherical element) were some examples. Many of the auto focus equivalent lenses are derived from the FD designs. The mirrorless cameras have given second life to these exceptionally good and sometimes very cheap FL/FD lenses. All we need now, is an affordable full frame mirrorless to take full advantage of these lenses. 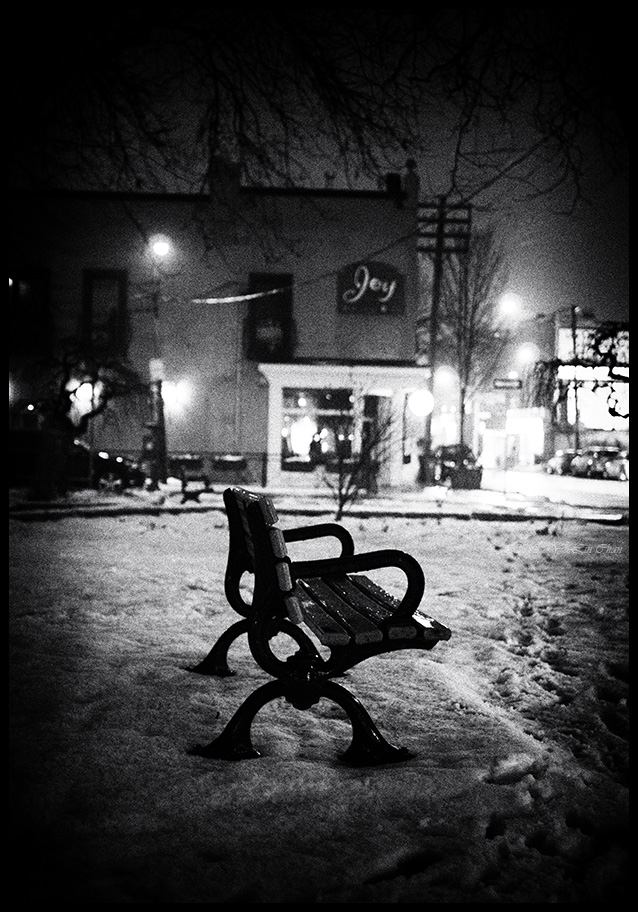