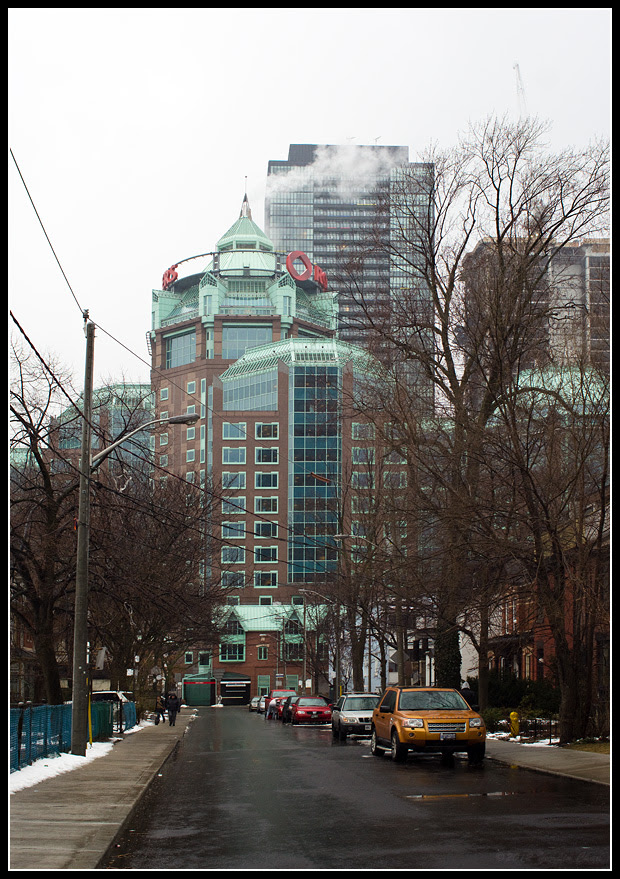 Rogers Headquarters -- Sony NEX-5N & Canon nFD 28mm f2.8
Canada has one of the highest cell phone fees (voice and data) in the world, and this is mostly due to the near monopoly control by three major cell phone service providers.  One of these is Rogers, and the other two is Bell and Telus.  Although several new players have entered the cell phone market, it has not made much of a dent to the pricing, partly because the new cell phone service providers have limited area coverage, or are using old CDMA technology.  There are signs that we may see some real competition once the new players have expanded the area coverage and provide better phone options with lower price.
Posted by Lens Bubble at 10:05 AM