The End of the Kodak Moment? 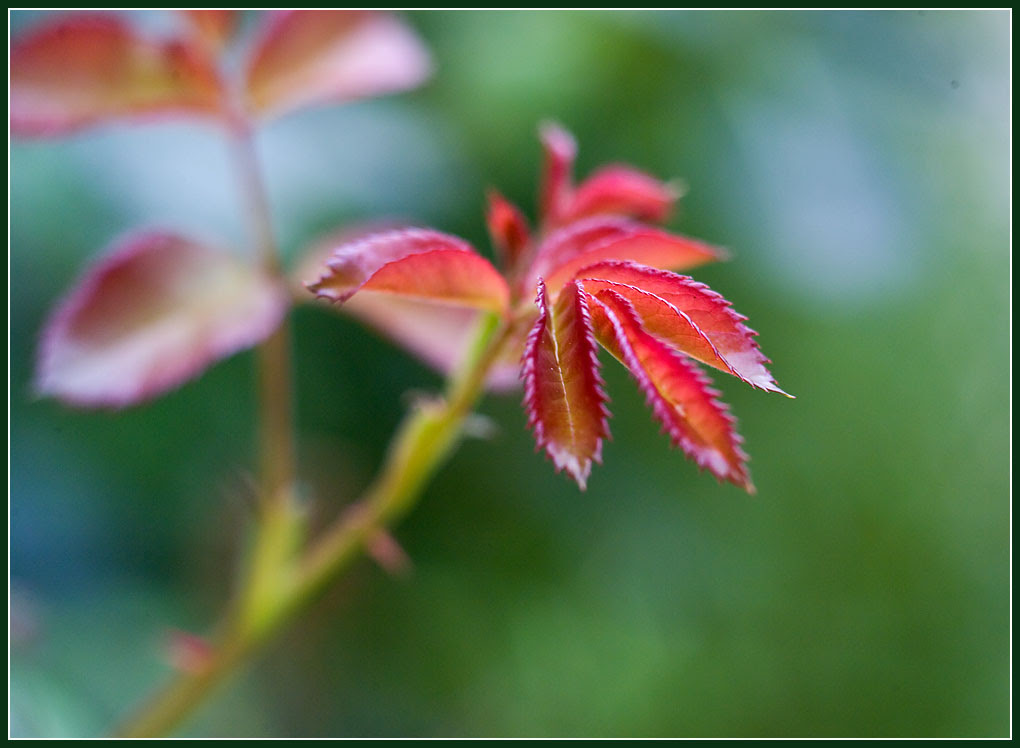 Young rose leaves -- Kodak SLR/c & Carl Zeiss S-Planar 60mm f2.8 Makro. Click for larger.
I meant to write about my thoughts on the demise of the once great Kodak company when they announced that they were filing for Chapter 11, but never got around to it.  I will never know how Kodak has fallen so hard and eventually on the last draw of its breath, but I think the executive management has a lot to do with it, along with the marketing department.  In so many ways, Kodak was a pioneering company that has given us so many advances in photography, analog or digital.  It was the first company to market a professional digital SLR (and of course the sensor in it), and for a long time, they were the only game in town.  Sure, the bodies came from Nikon and Canon, but the digital technology was all Kodak.  It was the slow adaptation to consumer digital cameras that kill them.  They were holding on to film, and hoping that digital would not make it.  It's too bad that they were wrong, and I am sure it's a little too late trying to regain any market share, not to mention the paper thin margins on consumer digital cameras these days.

I had the Kodak SLR/c full frame for a few months, and that was my first full frame DSLR.  Unfortunately, as much as I love the colour and image quality from base ISO, it was a clunky camera and wouldn't even work with my 135mm f2L lens (won't focus, but other lenses were OK).  It was based on the old Sigma 7 body and everything about it was slow and the LCD screen is next to useless.  The dinosaur like 1Ds was like a race car compared to this ancient piece of hardware.  I simply couldn't stand it.

I hope they will restructure, at least keeping the Kodak company alive, but I highly doubt it will ever be a photographic imaging company again, at least not in the consumer market, especially if they sell off their sensor technology.