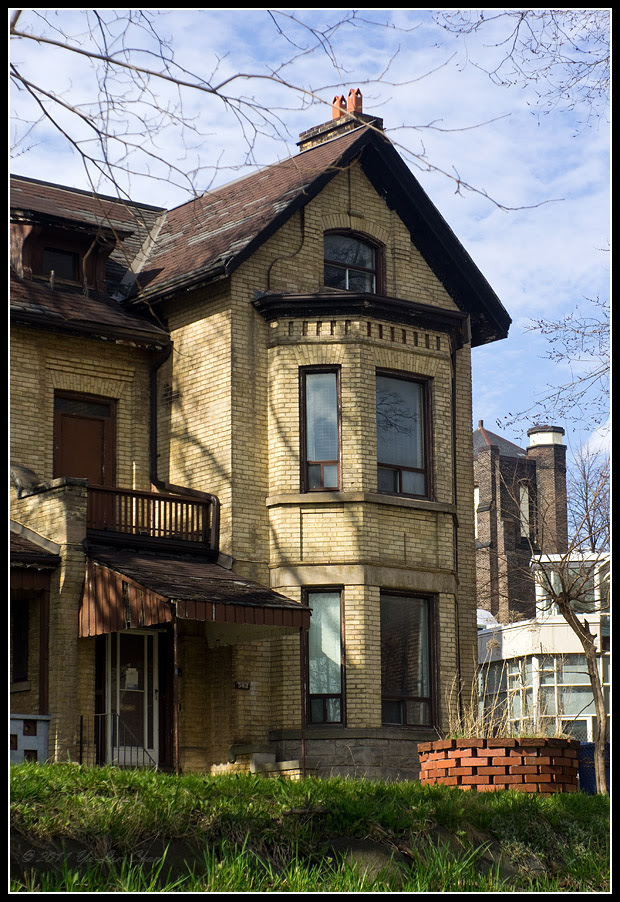 Vacant House -- NEX-5 & Federal 55mm f4.5 Enlarging Lens.
If I tell you this picture was taken with a lens that's probably 80 years old, with no coating on the lens elements, and costs as much as a Happy Meal, you probably would be skeptical.  But it's true.  Dug out a few more goodies from the box marked as useless miscellaneous items.  This Federal 55mm f4.5 Anastigmat was one of them, and the other was a Federal Fedar 3.5 inch f6.3.  The 55mm is a very tiny lens, making it a difficult chord to mount it on the focusing helicoid. I finally found a name ring from the old Yashica 50mm f2 and glued it on the lens, and the name ring is then glued on to a 55 to 49mm step-down ring.  With another 52-49mm step-up ring, I was able to use it on the focusing helicoid.

This lens is definitely an outdoor lens, and the NEX or Micro 4/3 cameras are perfect to use this kind of lenses, since the Electronic View Finder (or LCD screen) does not get dim as the aperture gets smaller, as an optical view finder would.

Like most enlarging lenses, the image, at least on the NEX-5, are sharp from corner to corner when stopped down to around f8.  Even wide open is quite respectable, as below: 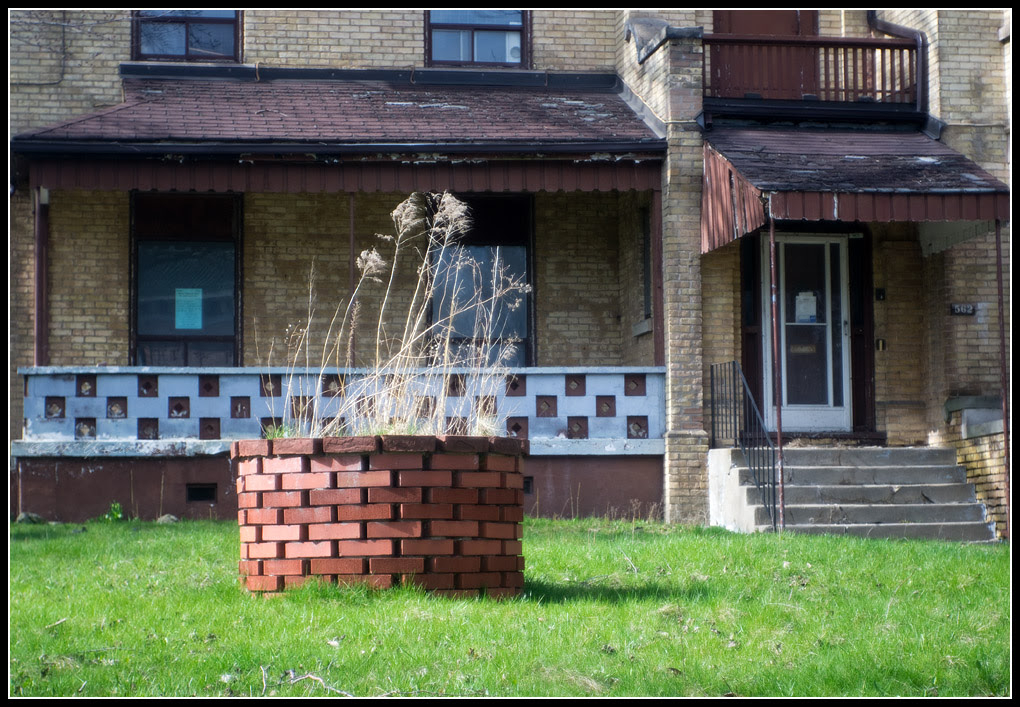 Vacant House -- NEX-5 & Federal 55mm f4.5 @ f4.5. Click to see larger.
The lens becomes very sharp from f8 on.  It only goes down to f16, which might as well, since diffraction limit would kick in well below that.  Some softness wide open, but not unusable.  Stopped down, the lens is very contrasty and sharp.  One would not expect such optical performance from a  tiny lens.  I guess size is not everything.  Another shot wide open and shows the somewhat busy and weird bokeh, but remember this is an enlarging lens, and not designed with great bokeh in mind: 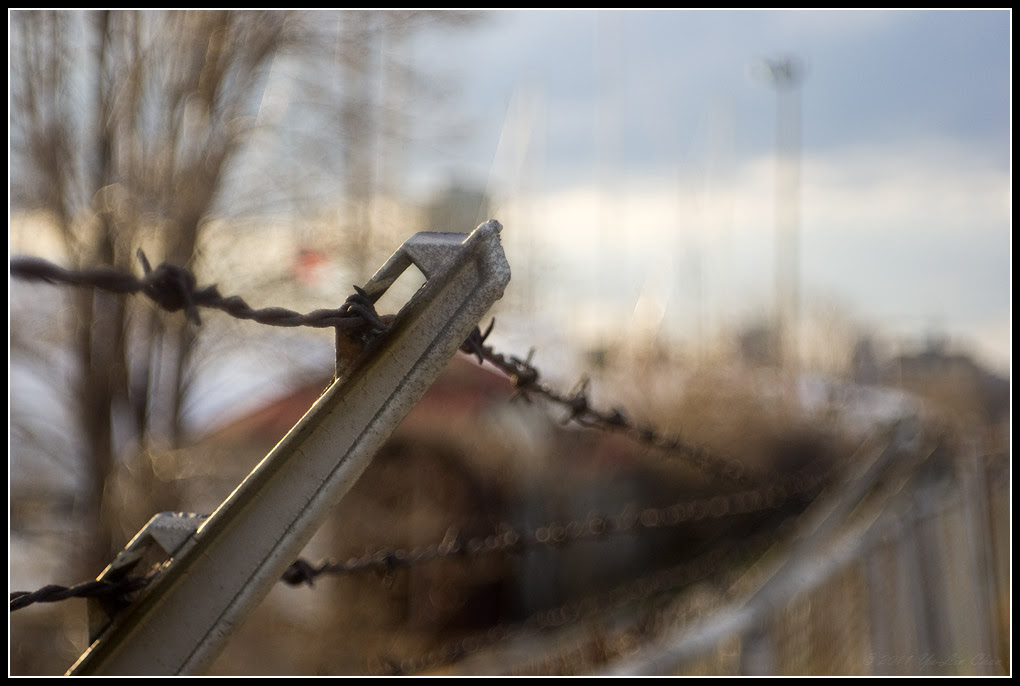 Barbwire Fence -- NEX-5 & Federal 55mm f4.5 @ f4.5. Click to see larger.
The diminutive size makes it look very weird on the NEX-5, but the cheaper the lens is, the bigger the surprise when what you get is inversely proportional to what you paid.  Who says you can't get good quality from cheap lenses. 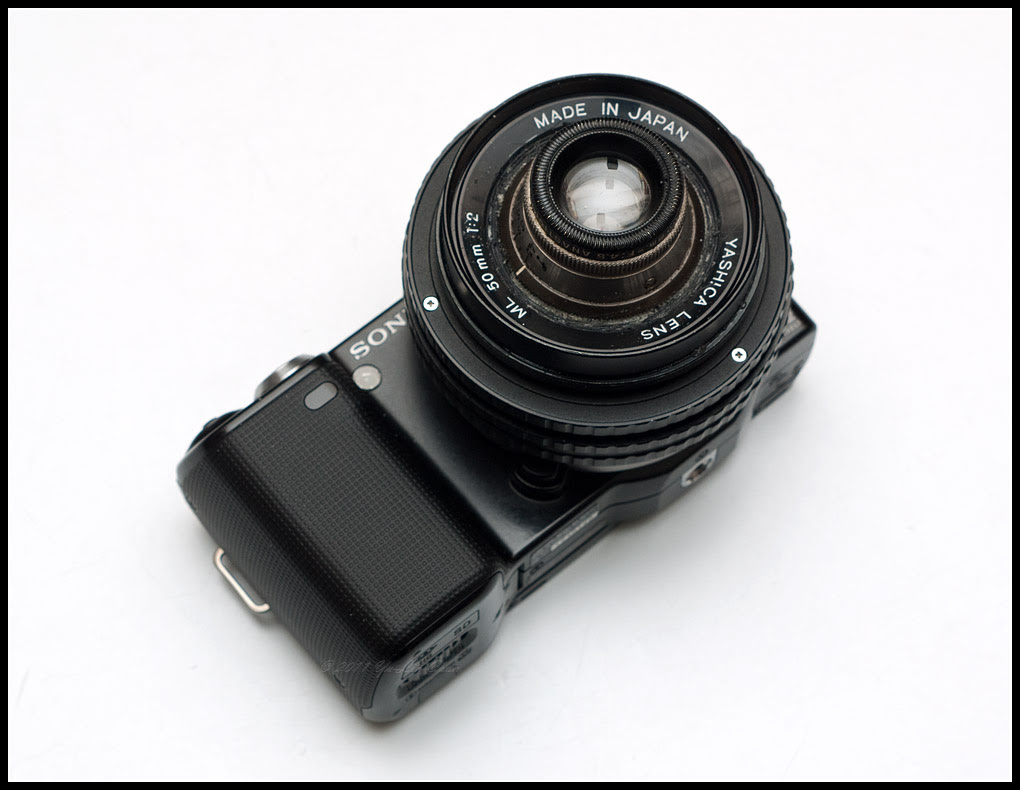 On the NEX-5 with focusing helicoid. click to see larger.
Posted by Lens Bubble at 7:19 PM