The Toronto Open, Summer 2010 Speed Cubing competition was once again held at the Seneca College's Resident Conference room in Toronto.  The usual competitors showed up, except Harris Chan, who did not attend this event.

The winners 3x3 of last event were all overtaken by new winners.  Eric Limeback and Emily Wang didn't even get into the third place, though they made it to the final round.  Anthony Brooks from Texas won the 3x3 first place with a 10.79s average of five solves. Rowan Kinneavy won second place with average of 11.09s and Jai Gambhir held third place with average of 12.50s average.  The most amazing event was the 5x5 blind fold solve by Mike Hughey of Indiana.  Though he didn't finish the official event, but he did it later on his own in about 17 minutes.

Dillon and Ryan did better than last time.  Dillon achieved his best official time of 16.44s for a 3x3 solve.  Unfortunately, with the average of 20.89s, it was not enough to get into the second round.  Ryan on the other hand, won first place in the Rubik's magic solve with an average of five solve at 1.28s.  He's in the top 100 average world record holders.  Very proud of him. 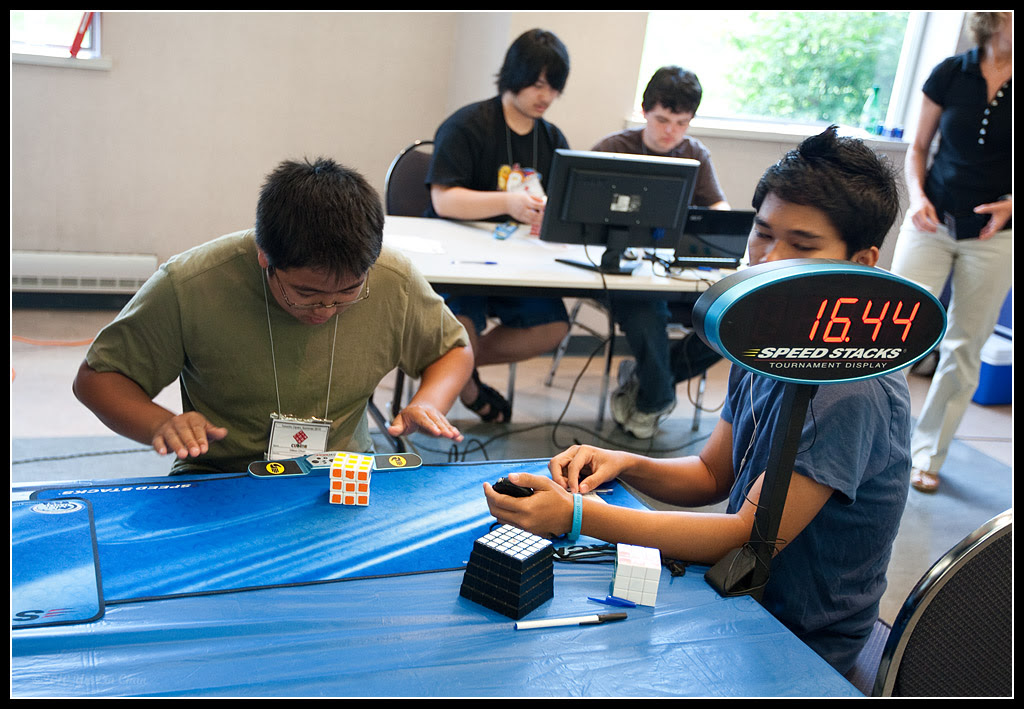 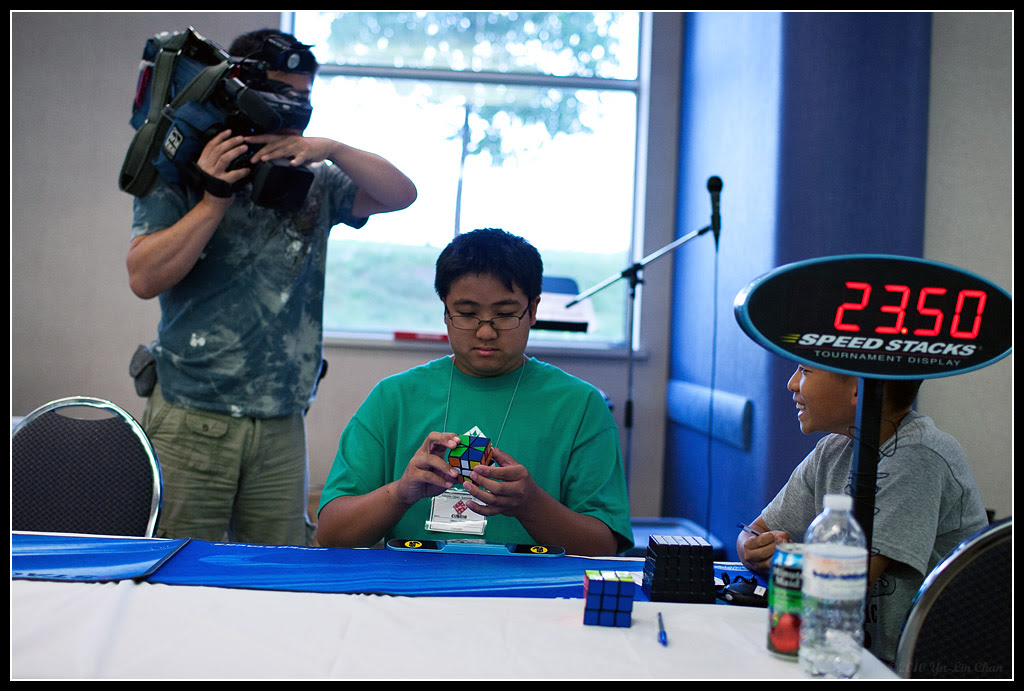 Dillon Solving a Square-1 with Fairchild TV cameraman filming in the background. Click to enlarge. 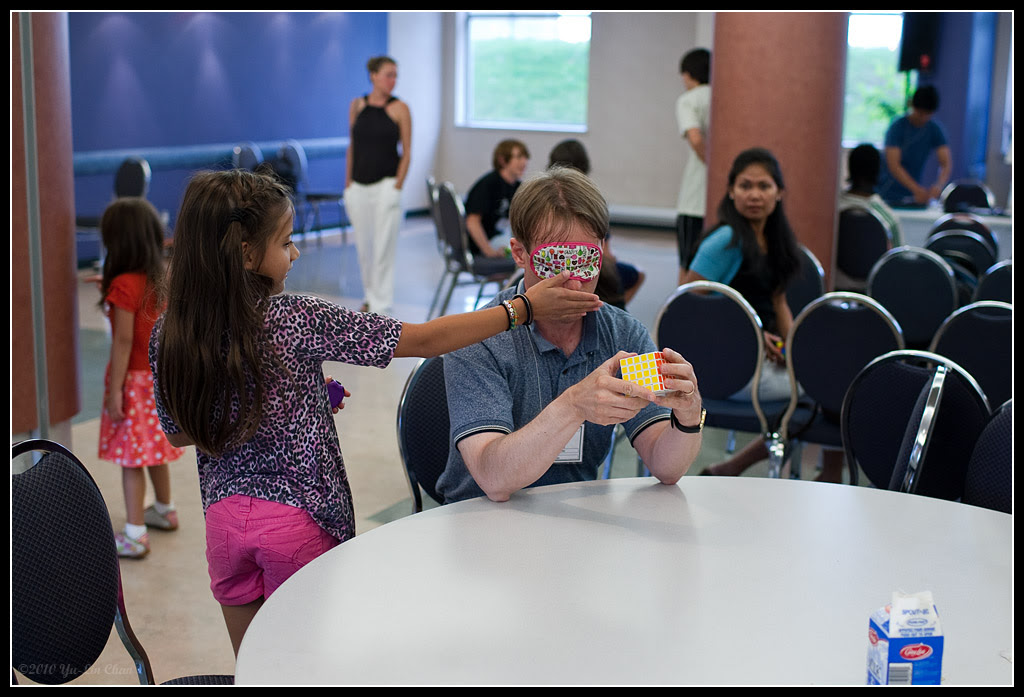 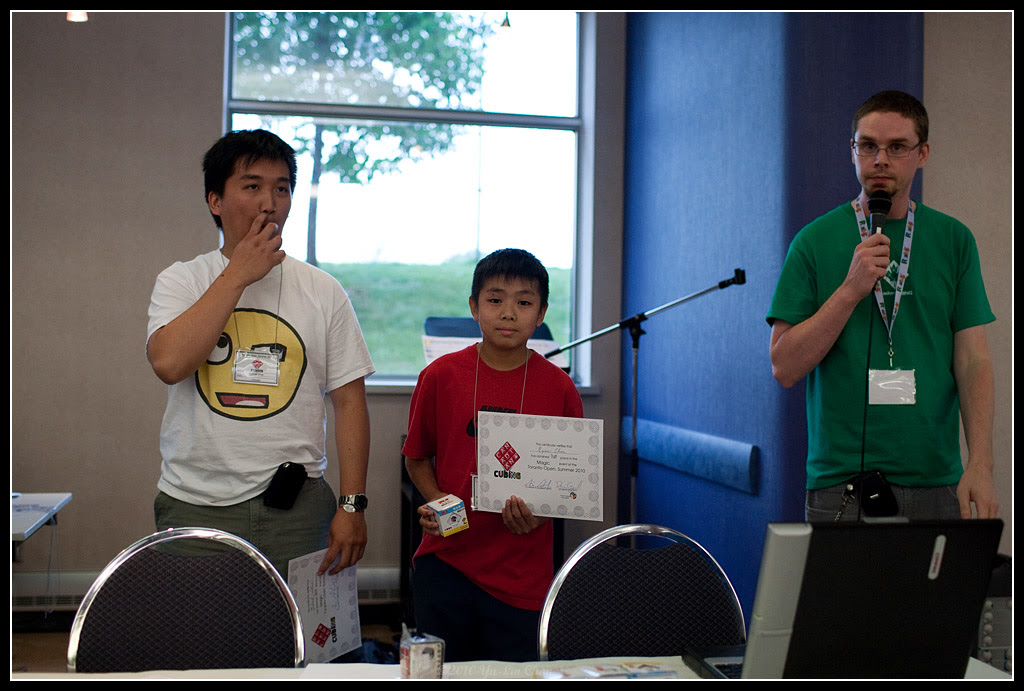 Ryan (middle) took 1st Place for Rubik's Magic. Click to enlarge.  Dave Campbell on the right is the organizer.
Posted by Lens Bubble at 12:08 PM