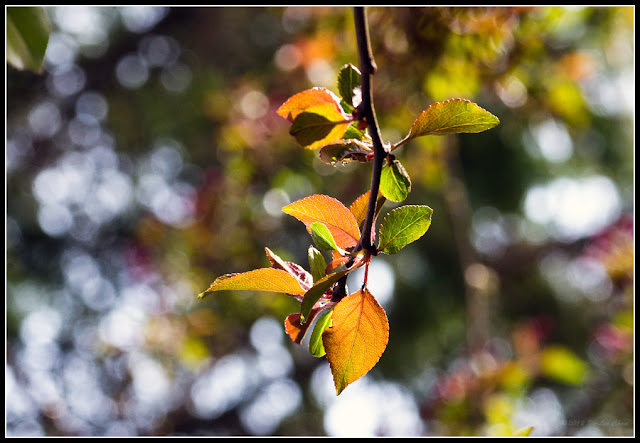 I have a few of these Kodak printing lenses that were used in the copiers or printing machines.  They don't have  focus control and most of them have a fixed aperture disc inside the lens.  This particular one says Kodak Color Printing Ektar Lens 93mm f4.5, but has a disc aperture with a small round hole, which I estimate would make the lens around f16, because the ISO goes up to 640 in very bright light at 1/125s.  The picture above was taken with the aperture on, but the aperture disc is removable.  Below shows a picture with the aperture disc removed: 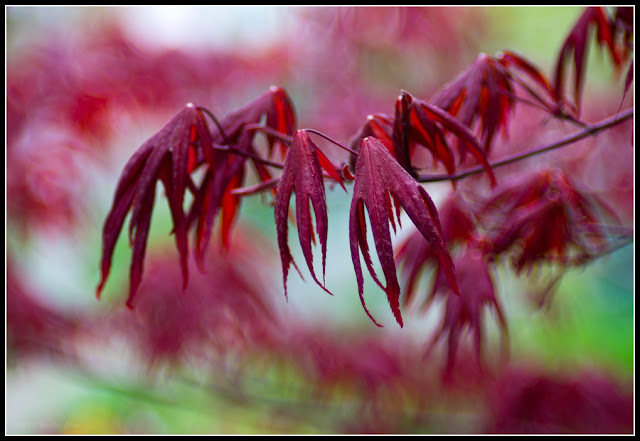 As with most lenses of this kind, it isn't usable without a hood.  There is coating on the lens, but not something comparable to the multi-coatings on modern lenses.  The lens is sharp with the aperture on, but then again, a Coke bottle at f8 is probably very sharp too.  Some test pictures wide open shows that sharpness is pretty good too, but suffers from fringing in strong lights, especially in the edges, and the contrast isn't very high at f4.5.  Not much use, I guess, but satisfies my curiosity. 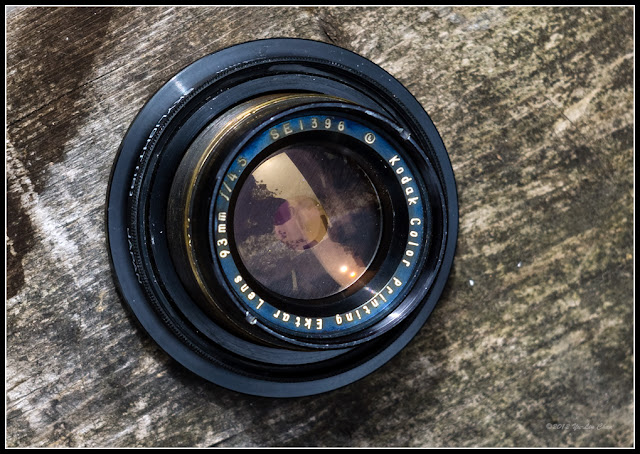 Shown with the disc aperture inside the lens.  Disc can be removed. Click for larger size.