I seem to have quite a few Makinon lenses; all of them are really cheap.  Couple of 28mm f2.8 (two versions), a few zooms, and this 24mm f2.8 in Minolta MD mount.  Makinon was (and may still be) a real company that made (and may still do) lenses.  They were one of Vivitar's OEMs.  Most of the the Makinon lenses I tried are just average, but they do perform acceptably when stopped down.  The picture below was taken with the 24mm f2.8 today and it looks quite good at f8.  Makinon lenses are available in most major mounts, including M42, MD, PK, among others.

If you are starting out with manual focus lenses, and you want to try some wide angle primes, I suggest trying the Makinon, because they are very cheap, and practically nobody know who they are, and they perform acceptably. 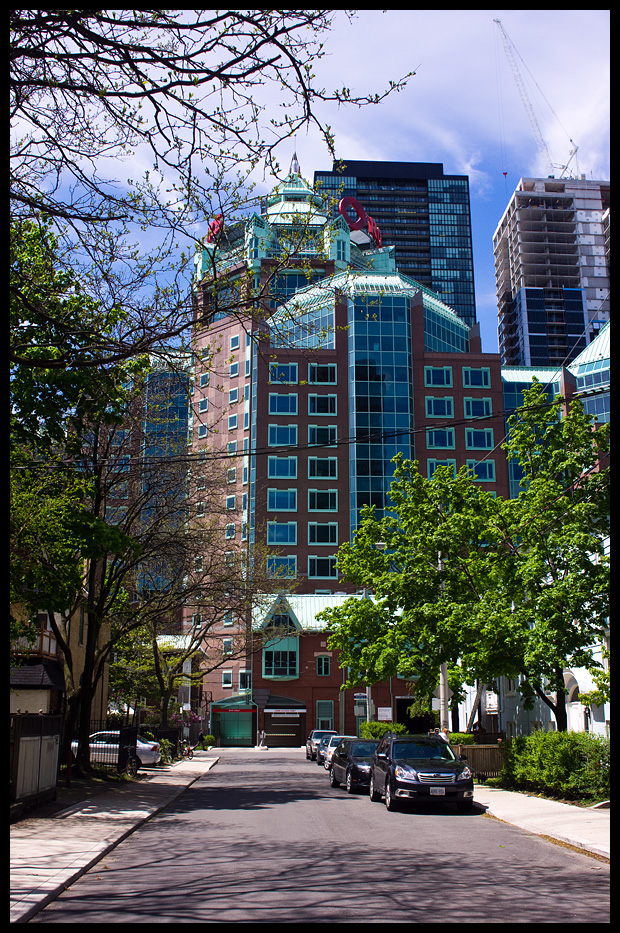