Sunset Over Port of Toronto 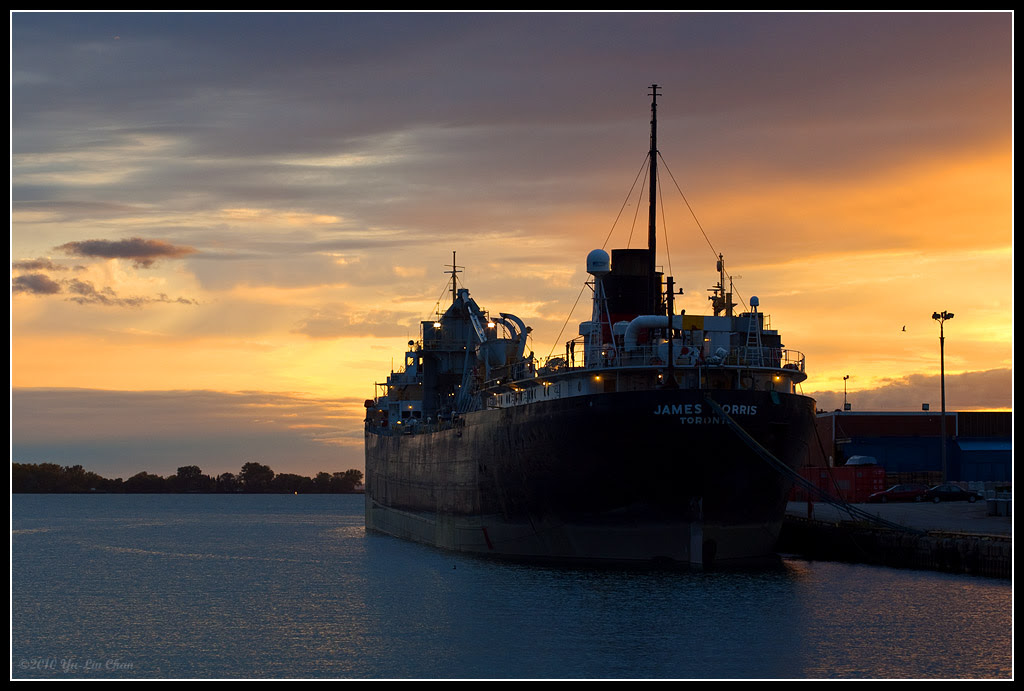 James Morris -- G1 & Canon FD 50mm f1.4 SSC. Click to Enlarge.
After using the GF1 a few times, I find that its handling is nowhere close to as good as the G1.  The GF1 is nice and small (if used with pancake lens), but if you are going out to shoot, the G1 is by far a better choice, especially using manual focus lenses.  I think I should have bought a GH1 or GH2 instead of the GF1.  With the GH1 or GH2, I can get full HD with the versatility of handling of the G1.  Time to rethink.

In the meantime, after seeing some wonderful pictures from obakesan using FD lenses, I was itching to try some of mine which have been collecting dust of late.  By far my favourite so far, besides the 55mm f1.2 SSC, is the Breech-Lock version of the FD 50mm f1.4 SSC.  In so many ways, this lens is better than the EF 50mm f1.4.  Slightly sharper wide open, tack sharp from f2 on, 8-blade aperture, built like a tank, and focuses butterly smooth.  The later, nFD version's built quality is not as good, although it should be optically similar.  Also have an Canon FL 50mm f1.4, which is even better built, but not optically as good.  I have an FD 50mm f1.2 on the way.  It would be interesting to see how the f1.4 stacks up against the f1.2 version.

By the way, if you are wondering why I have so many pictures from this vantage point, it's because this is right outside T&T on Cherry street.  I bring my camera when doing grocery shopping there and naturally, take pictures.  Depending on time of the day and weather, you can get very different pictures from the same position.  There, mystery solved.
Posted by Lens Bubble at 9:43 PM