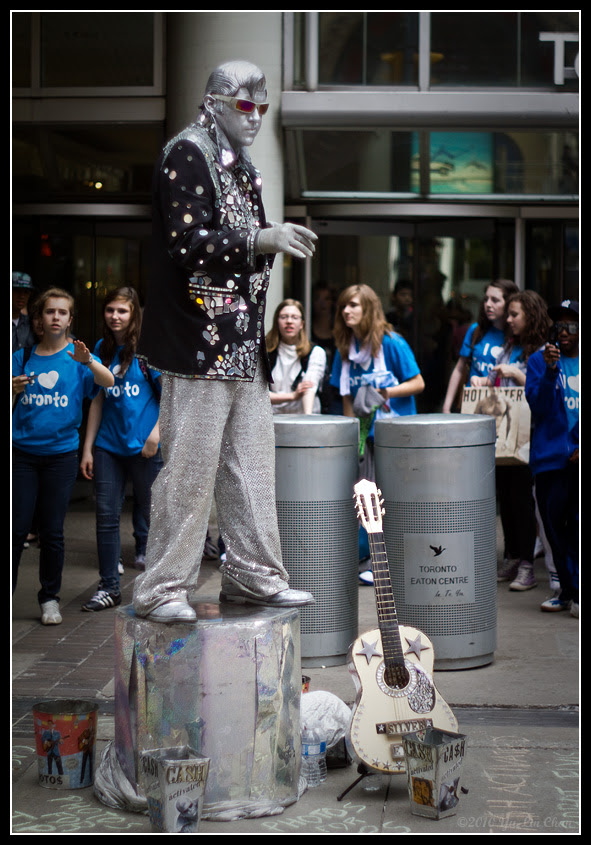 Silver Elvis has a new outfit. Last time I took a picture of him in April of 2009, he was completely silver, which actually looked better than the current silver and black.

This picture doesn't look as good as one taken with the Konica 57mm f1.7 and the G1. For one thing, the crowd is larger so it was hard to isolate him, even when shot at f1.4. I have had the EBC 50mm f1.4 for a few years, but never really used it much. It's just too "common" LOL! But, the EBC 50mm f1.4 is one fabulous lens. Even sharper than the SMC Takumar at f1.4. The coating is fantastic. Little wonder the EBC lenses have a cult following.
Posted by Lens Bubble at 8:58 AM