King Street ends here at Queen Street near the Don Valley Parkway. For all its green/environmentally friendliness, the overhead wires that provide power to the street cars, which run around Toronto, are extremely messy, especially at the intersections where street cars run on both streets. I guess it's something that we as Torontonians have to get used to it. The street cars have been part of Toronto for more than a century. 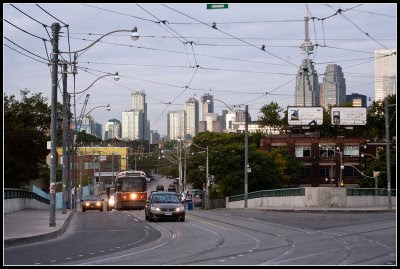