Over the years, I have dismantled many rangefinder cameras to take out the lens for use with my digital camera.  Most of the initial removals didn't have a good success rate, but lately it has improved somewhat.  Keith asked if I could show how I remove the lens from one of the rangefinders, and I happened to take pictures of disassembly of the Yashica Electro 35.

What you will need:


In my experience, this is one of the easiest camera to remove the lens, as the images below show.

1. Using a thin Remove the skin (covering) on the front of the camera, and this will reveal the four Philips screws (in red) that hold the lens module together.  Remove the screws using the Philips screw driver: 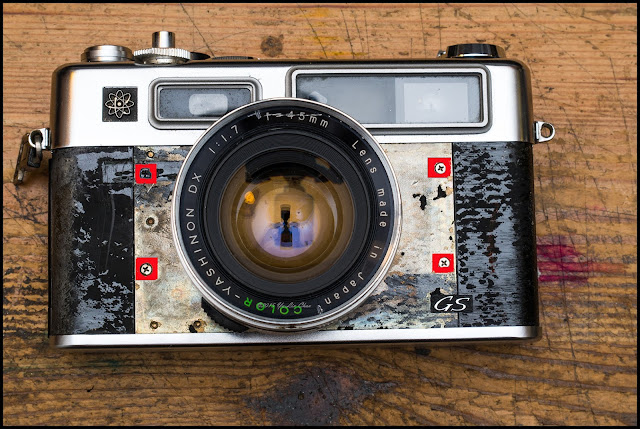 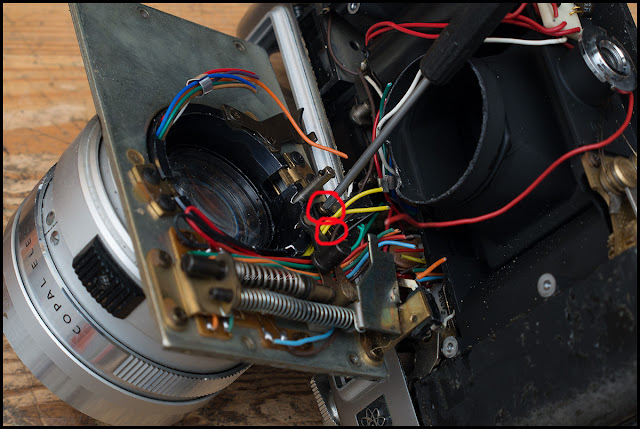 3. The picture below shows the lens module that's removed from the camera body.  There are three screws that are holding the lens board to the lens.  Remove these and separate the lens board from the lens.  Note the brass guides at the 11 o'clock and 5 o'clock position.  You will need these if you want to retain the focus mechanism on the lens.  These guides are used to prevent the focus helicoid from separating from the lens. 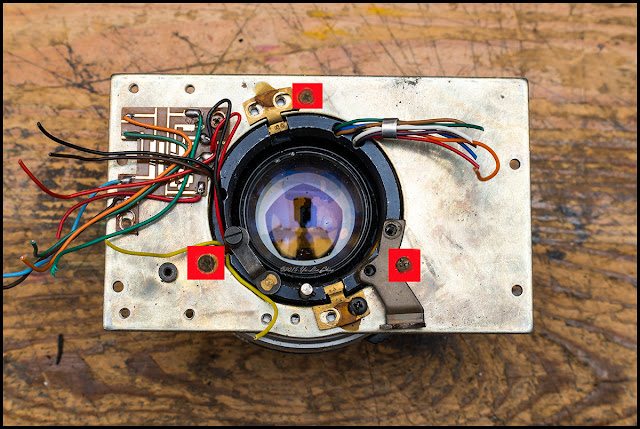 4. Once it's cleaned up, you will end up with something like the picture below.  I didn't use the built-in focus mechanism on the lens, and instead, I use a 17-33mm helicoid with 58mm opening to focus the lens.  This allows a much closer focus distance, and is a lot smoother and easier to focus than the tiny focusing ring on the lens. 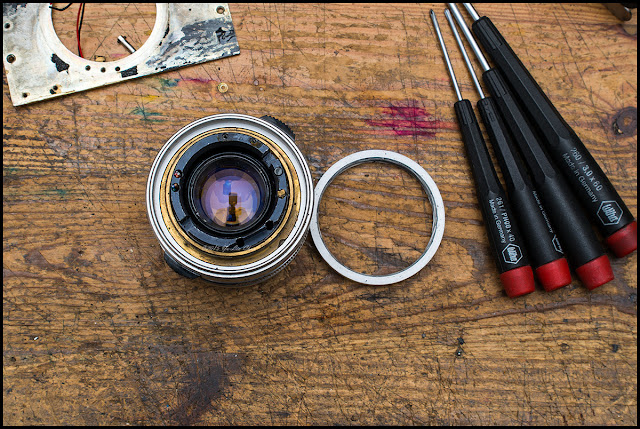