I decided to write how the Commlite adapter works with each lens, instead of one or two posts on the whole thing.  I think it's better this way.  Keep in mind that this series of articles are not in depth, and your adapter may have new/older firmware than mine, or your lenses are newer/older than mine, so the results might be different.  I can only write about how the adapter works with my lenses.

Today we are going to look at the Commlite adapter with the Canon EF 50mm f1.2L. 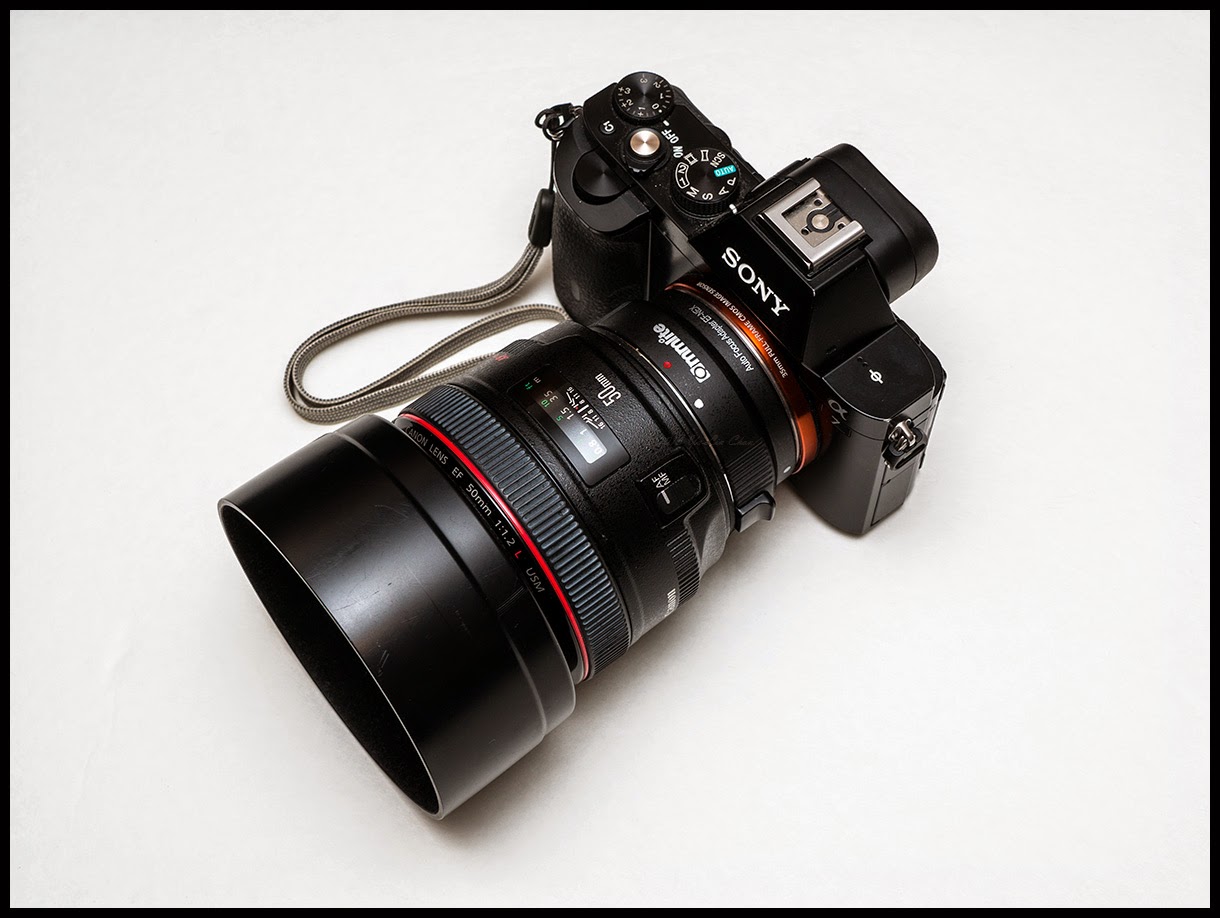 The Canon 50mm f1.2L generally has positive experiences for most people.  It can be incredibly sharp at f1.2 if you can nail the focus.  On Canon bodies, this is usually a hit and miss deal, especially using consumer bodies.  One of the controversies is that this lens has no CRC, or Close Range Correction.  What this means is that if you focus at minimum focus distance, or close to it, and stop down the lens to, say f4, you will see focus shift.  The more you stop down, the worse it gets.  In most expensive lenses, close range correction is there to compensate for this effect.  It's not a problem if you only shoot wide open.

This is not an issue, of course, with mirrorless cameras, because the focus sensor is also the image sensor.  When focused, that how the sensor sees it and the image will be sharp, but an DSLR with mirrors, you only see the sharp image in the viewfinder, not necessarily in the final image, because it uses a separate sensor for focus, and it relies on the accuracy of the mirrors and other supporting hardware.

I only used this combination a couple of times, so it may not be a good evaluation, but so far, they perform similar to the EF 100mm f2, but slightly better in accuracy.  In most cases, the camera/adapter can focus in very low light with the Sony A7.  Most pictures taken at f1.2 are very sharp.  One weird thing is that in two occasions, the camera/lens would not achieve focus.  It seemed like it lost the reference point and wouldn't rack far enough to one end or the other to get focus.  When the camera is first turned on, the adapter drives lens from minimum distance to infinity, to establish the reference point(s). To fix this, I had to turned the power off and then back on.  Not really a big issue, but annoying nevertheless.  In terms of focus speed, again, it's similar to the EF 100mm f2. In other words, it won't win any awards in focus speed department, but it's usable.  Typically 2 to 3 seconds, and sometimes a bit more if the focus point is not very contrasty.  Also, instead of f1.2, the adapter reports f1.3 as the maximum aperture.  Not really a problem, as it doesn't close the lens down to f1.3; it's just the aperture number not correct.

Many people tend to overlook the other benefit of this adapter.  It's the ability to change aperture of the lens from the camera.  Remember, all Canon lenses do not have mechanical aperture controls, and with all dumb (passive) adapters, the aperture is always stuck at open.  You can force the lens to stay in a certain aperture using the depth of field preview trick, but every time you need to change it again, you need to mount back to the Canon body to do it.  A smart adapter, like the Commlite, lets you change aperture from the Sony camera, and you can focus manually.

I am quite satisfied with the adapter working with the 50mm f1.2L.  You may find it too slow to focus if you are used to the speed on Canon bodies.  To me, I am amazed that it actually works.  Certainly this is no small challenge and I totally understand what the engineers/designers have to overcome to get it to work this well so far.  Canon didn't open up their protocol so all this stuff needed to be reverse engineered.  I won't complain too much.  Of course I wish it could focus faster, and works more reliably.

Next time I will look at the Commlite with the Canon EF 85mm f1.2L II. 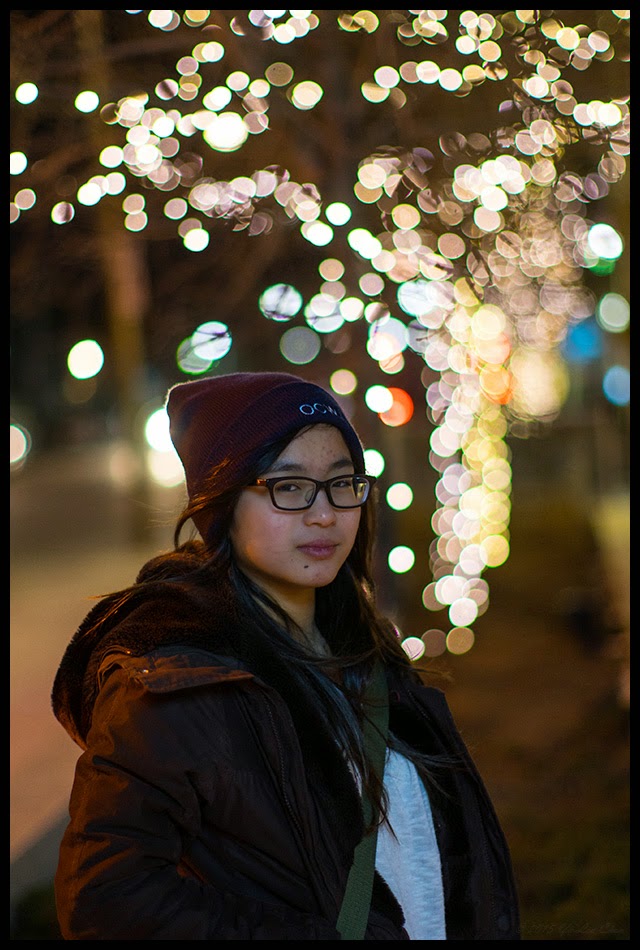