I bought a pair of Air Ministry (AM) lenses from Henry's Outlet Store many years ago, one was the 5 inch f4 and the other was the 8 inch f5.6.  Both lenses were used by Britain's Royal Air Force on aircrafts to document the aerial combat or surveillance.  A search on the net would suggest that the 5 inch f4 lens was the same lens as the Ross London 5 inch Wide Angle Xpress f4, but I didn't see any evidence posted by anyone to verify this.  Last week I got another copy of this lens, which actually has both the manufacturer's as well as the Air Ministry's name and logo engraved on the lens.  So I compared them side by side, and they are, indeed, pretty much identical with very minor differences. 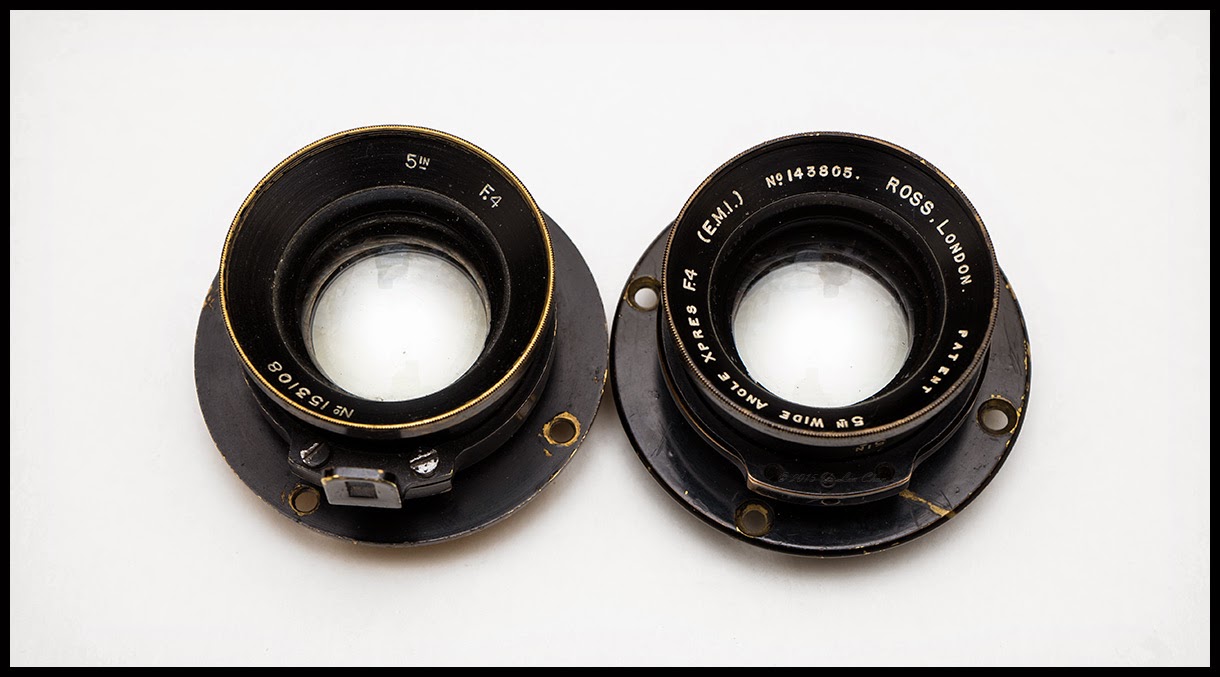 Side by Side - Aside from the engraved text, the lenses look pretty much the same 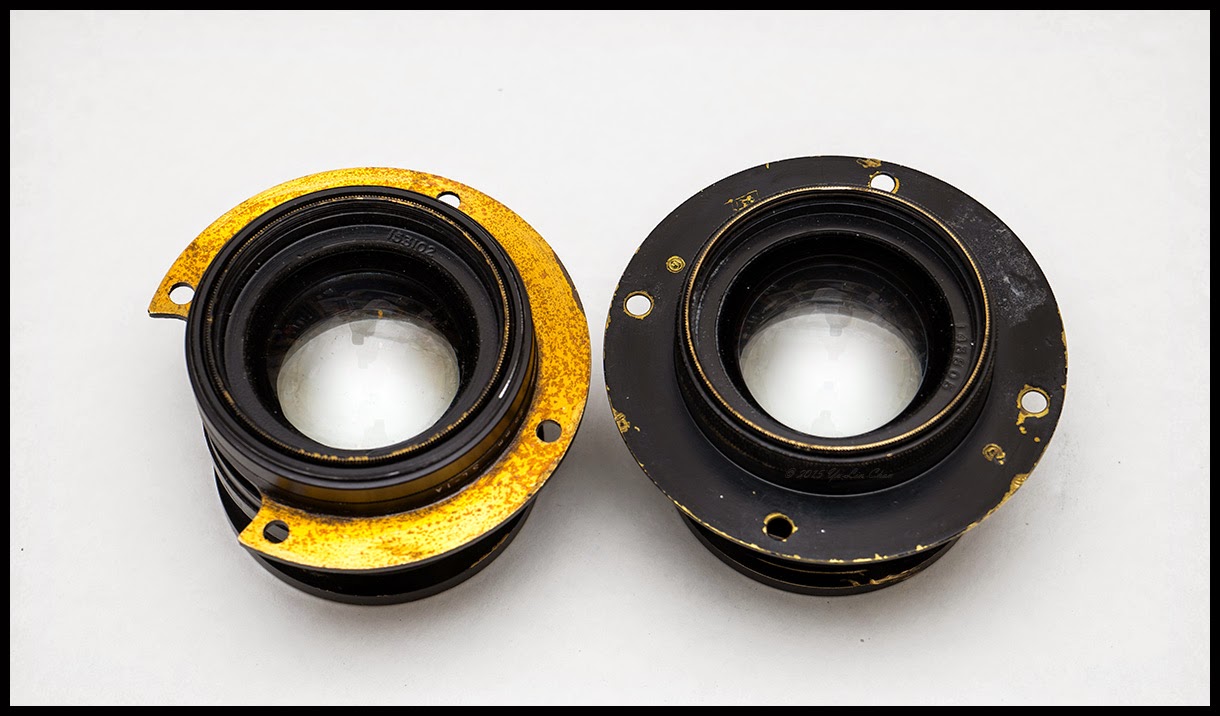 The mounting plate is slightly different.  Note the serial number on the Ross branded lens has a smaller number than the unnamed one.  This indicates that early lenses had maker's name on the lens, and later ones didn't. 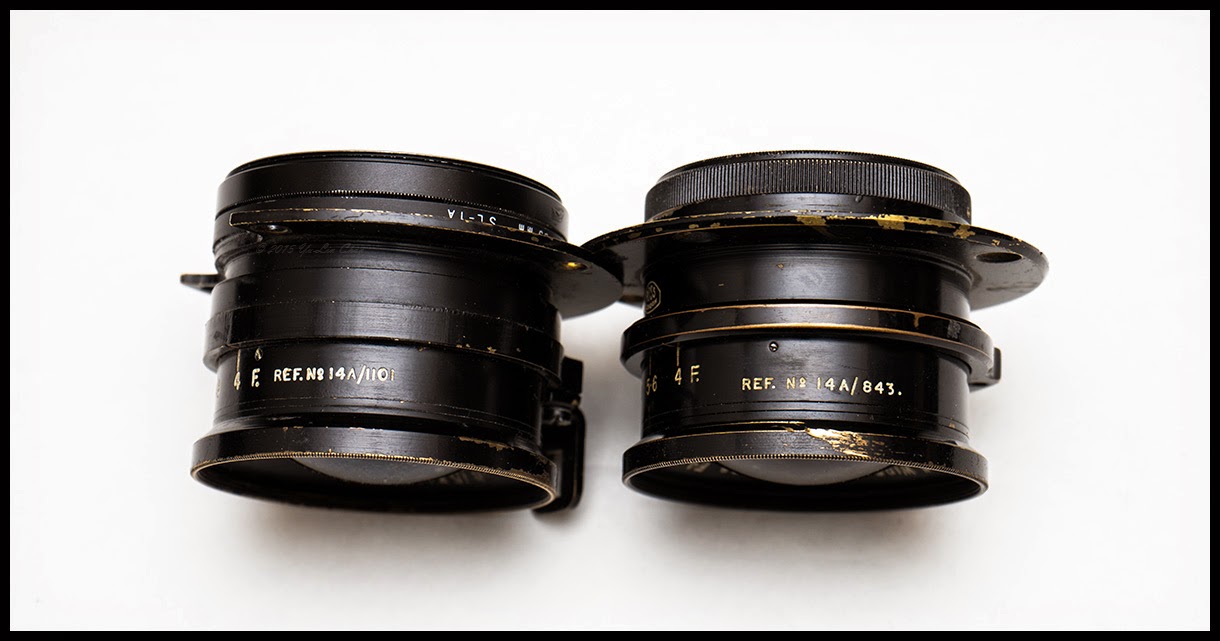 Ref. No. 14A refers to photographic equipment.  Both the Royal Air Force and the Canadian Air Force use the same convention. 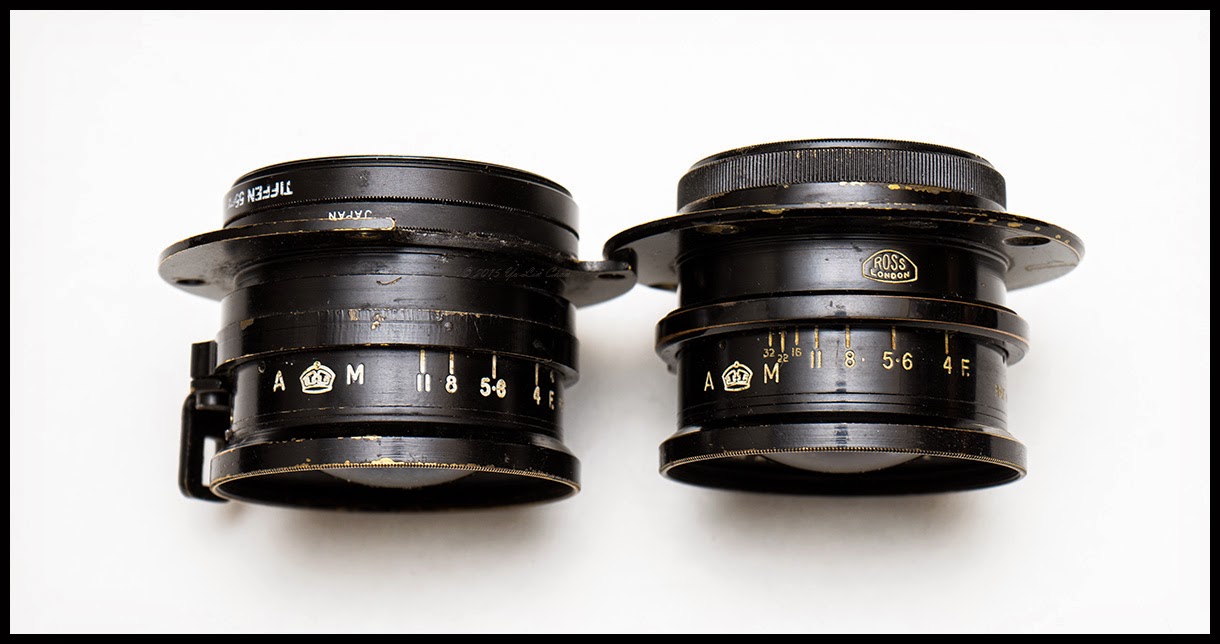 The major difference I see, is that the Ross branded lens has aperture settings to f32, while the unname lens only goes to f11.

Well, there you have it.  I am willing bet a dollar that the unnamed AM lens was made by Ross London, and the two lenses should be optically identical.  I haven't shot any pictures with the Ross lens yet, but will do so as soon as I get it mounted on my camera.
Posted by Lens Bubble at 1:19 PM