In the world of ever faster (brighter) lens designs, a 50mm f2 lens seems like a little candle against a supernova where lenses are f1.2, f0.95, f0.85, or even f0.75.  Personally, possessing ultra fast lenses is more a bragging right than a necessity, with very few exceptions.  Faster lenses offer thinner depth of field and thus provides more creative possibilities. Every lens that's ever designed and produced, always served a purpose.  They all have a place to justify their existence, just like we humans do :)

Despite its relatively "slow" f2 maximum aperture, the Rodenstock Heligon 50mm f2 has earned high praises for its optical excellence, pleasing colours and rendering characteristics, and like most Rodenstock lenses from its time, the build quality is first rate.  The Heligon 50mm f2 typically came with the Kodak Retina cameras as a premium option, instead of the more common Schneider-Kreuznach Xenon 50mm f2 (which is a beautiful lens in its own right.  I have covered it here and here).  But my copy came with a Balda folder camera, so I assume this lens may be on other cameras as well.

The Heligon 50mm f2 is surprisingly easy to adapt to mirrorless cameras, just be sure you don't misplace lens retention ring when you remove it from the camera. You just need a focusing helicoid of 17-32mm or 18-33mm that mates to your camera; a 30mm-52mm step-up ring, and of course the retention ring from camera.  I use mine with a Yeenon 18-33mm helicoid and it works very well.

Some will wonder, no doubt, why on god's green earth would someone go through so much trouble for a 50mm f2 lens, while you can get a faster autofocus 50mm f1.8 for under $100, and this Heligon is not exactly a bargain either.  I paid $75 for mine with the camera, which I think is a little excessive as old lenses go, but there is no rationale to a lens addict :)  All I can say is, until you use one of these gems, you will not understand the joy derived from using one.  It gives you a very different mindset when taking pictures.  Besides that, the pictures posses characters not found in modern lenses.  They are less sterile, more pleasing, and not to mention the process of making the pictures are lot more fun than just pressing the shutter button; you actually have to set the aperture and do the focusing by hand!  It's what photography is all about, having fun, no?

Mounting for the rear of the lens.  The first ring is used to provide a raised flat platform for the large black ring to sit on.  The black ring in the middle is a 39mm-52mm step-up ring, which will be screwed onto the focusing helicoid. The silver ring is just large enough to cover the gap between the lens and the black ring, and the last brass ring is the retention ring which screws on to the silver ring to tighten the black step-up ring. 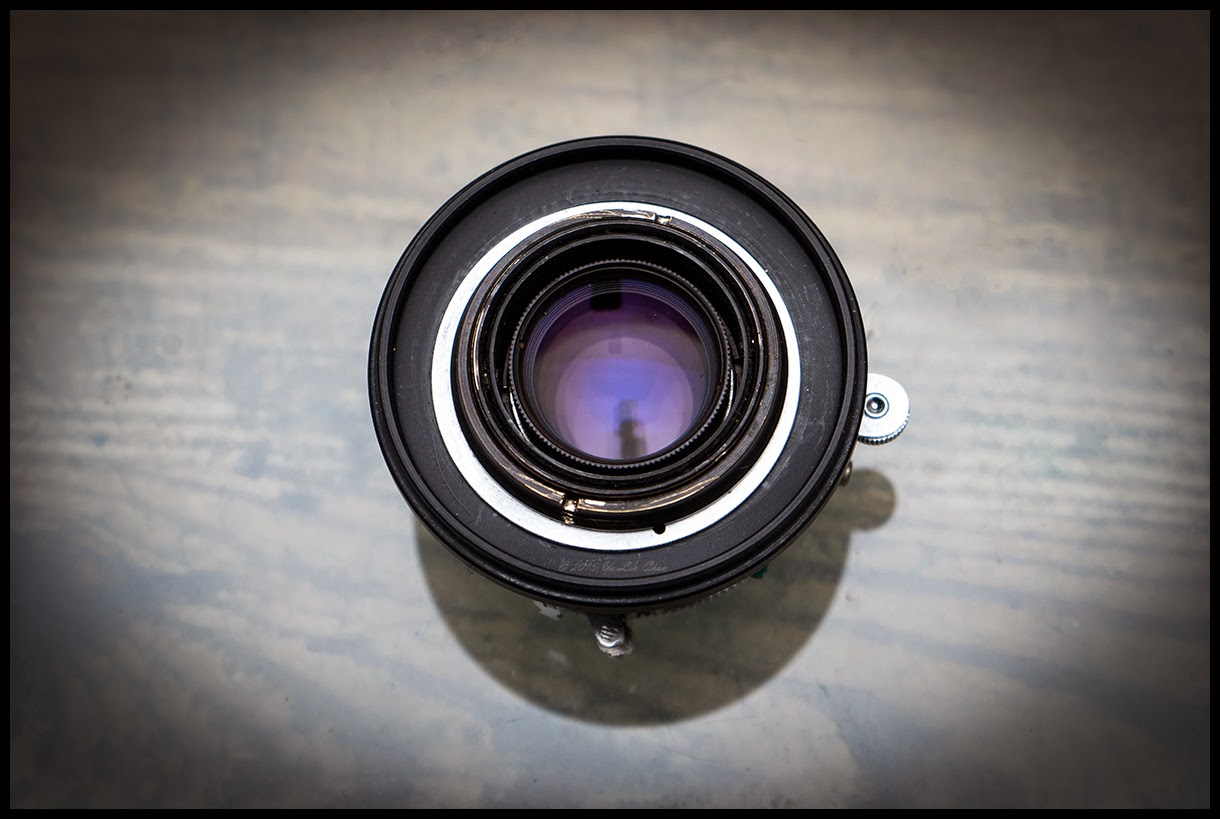 This is how it looks like when all the parts are fit together. 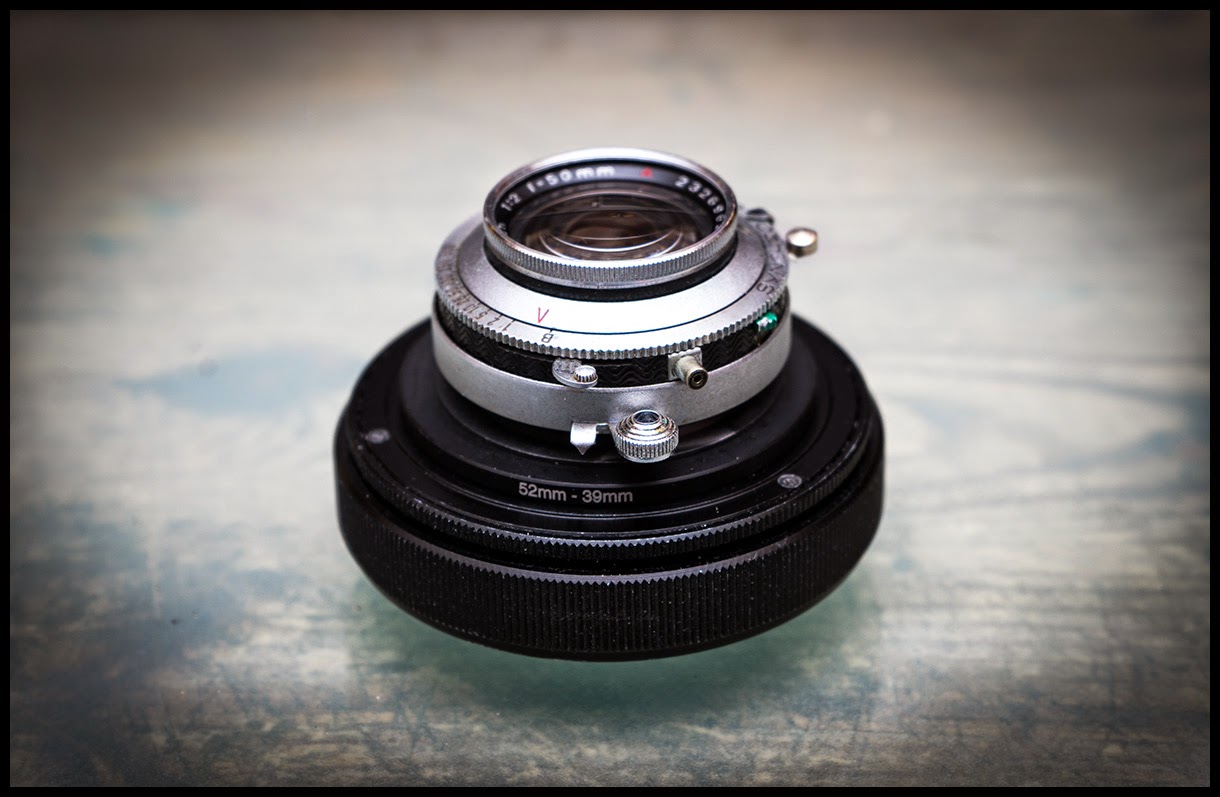 This is how it looks like on the helicoid. 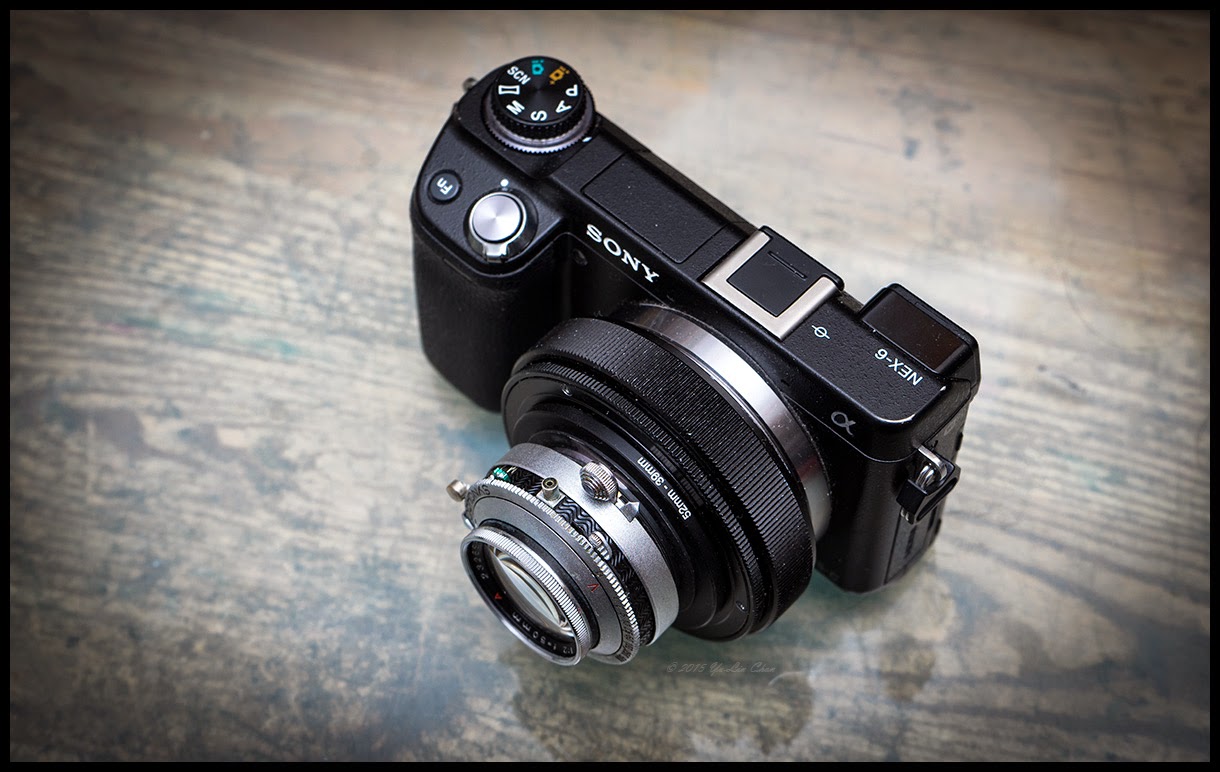 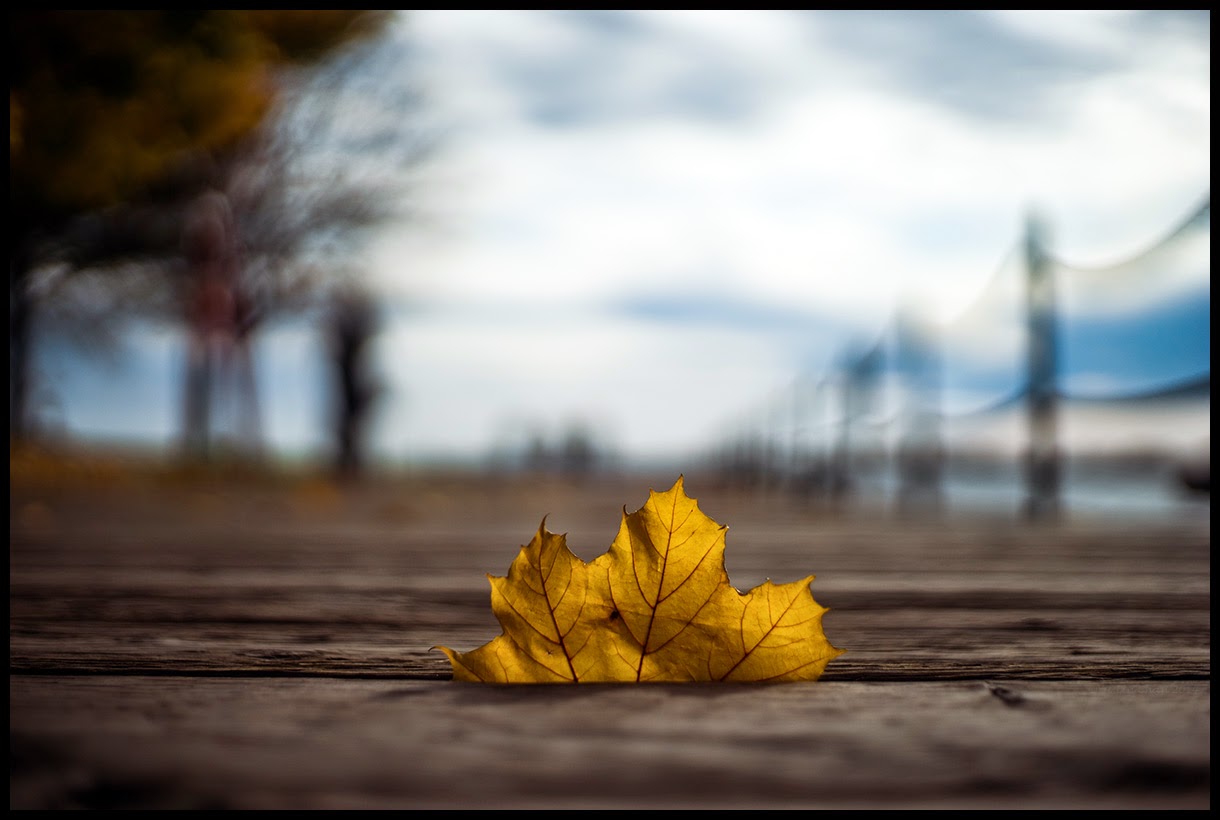 Example of how close the lens can focus, which provides more creative possibilities. Taken with Sony A7 full frame camera. 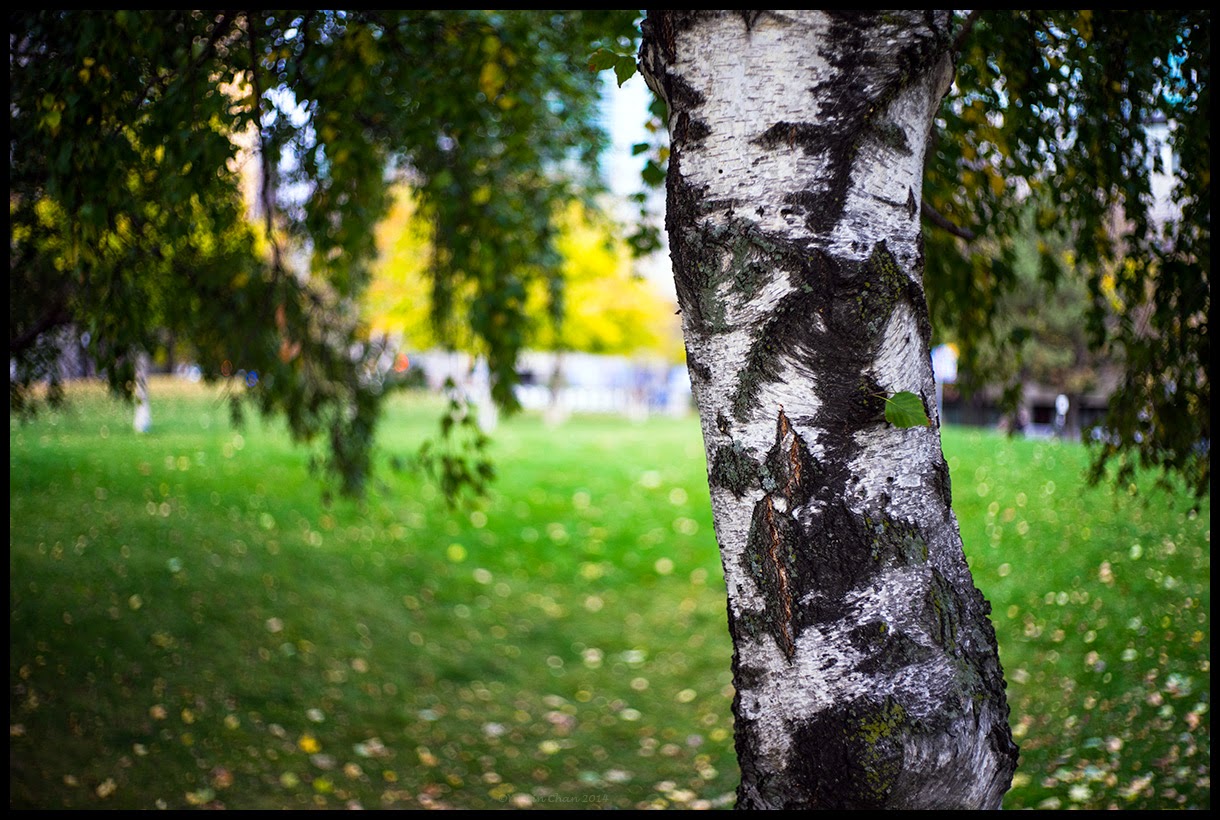 Bokeh Sample - note the slight swirl.  I kinda like it. Taken with Sony A7 full frame camera. 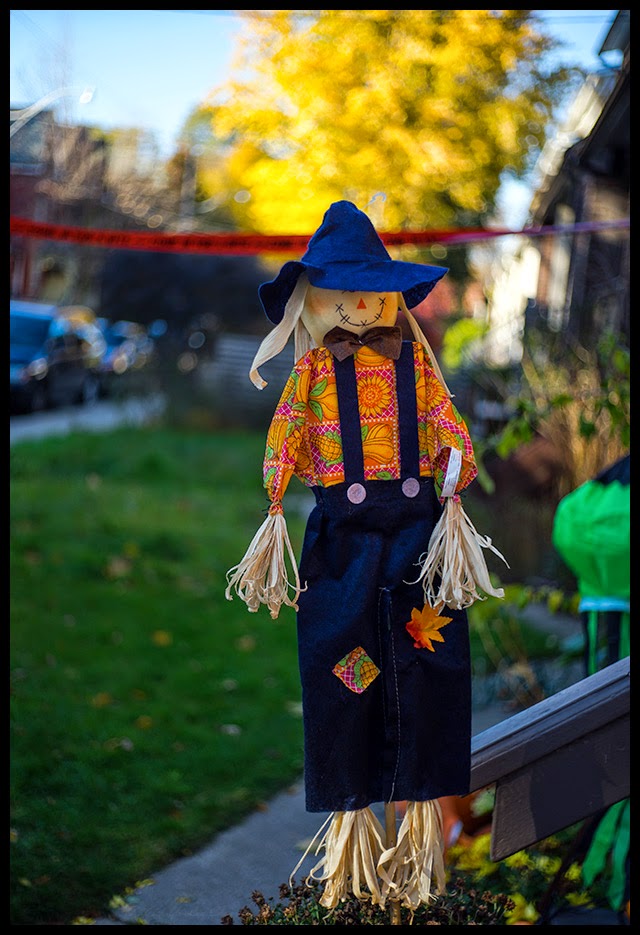 Extremely sharp wide open at f2.  The colours are so lovely.  Much to like about this lens!  Taken with Sony A7 full frame camera.
Posted by Lens Bubble at 12:42 PM