Went to the Toronto Camerama Camera Show today, which is basically a used photographic equipment flea market.  There are few of these shows each year with most of it near the end of the year. The show changed venue again but still hosted in a hotel, and it was just as crowded and difficult to move around as the last show.

I was hoping to find some interesting German glass to play with, but no luck, and ended up with half dozen Japanese lenses. Nothing against Japanese lenses, but they are just too common. Scored a Canon FD 35mm f2 S.S.C for a very good deal ($40), and I found out that this version is different than the one I already have. This one has a more normal convex front element, whereas the one I have been using has a concave front element, and very yellow, an indication that it might use radioactive elements in the glass. Will be interesting to see which is better. 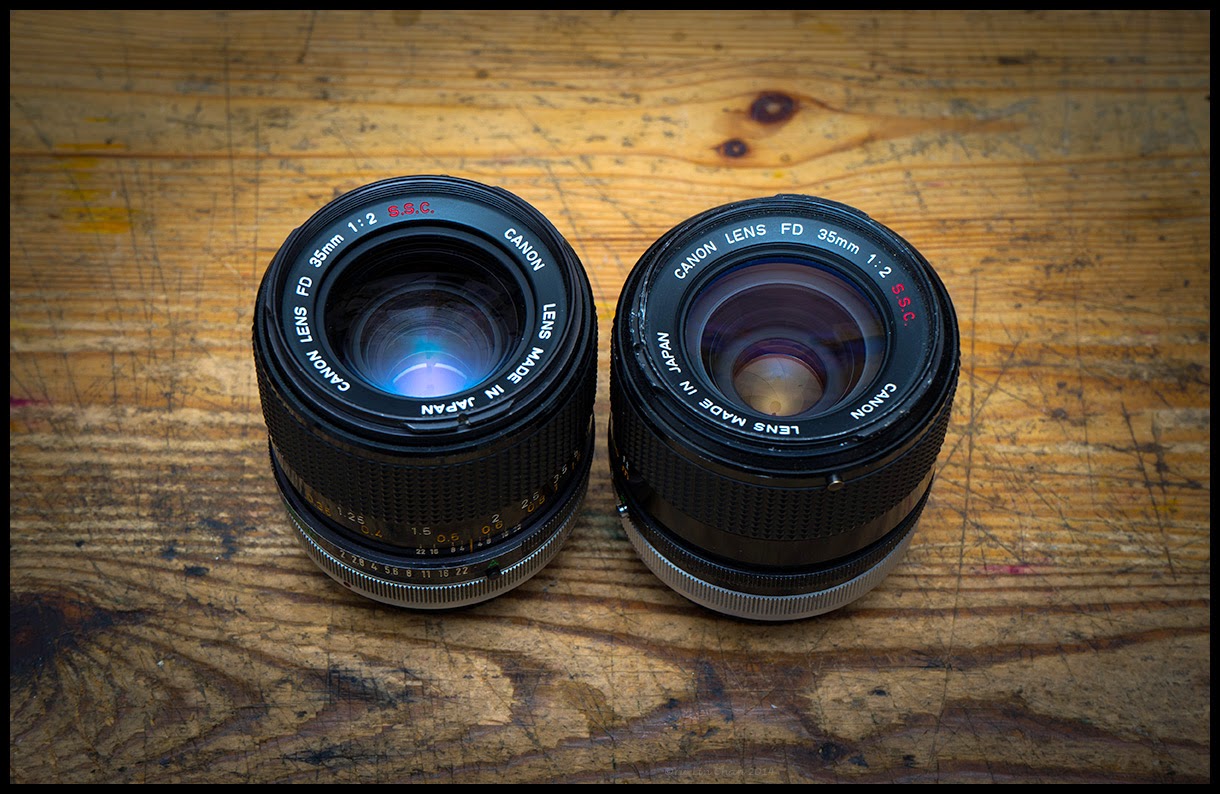 From the fun department, got a couple of Wollensak 75mm f4.5 enlarging Raptar lenses and a Commercial-Astragon from Russell, who owned a camera repair business before. I tried one of the Wollensaks today and it's very sharp wide open, as expected from an enlarging lens. I love the Wollensak lenses! The large format 210mm f6.3 lens, which has a German shutter but Japaness glass. I do look forward to trying it out but it will look huge when the lens barrel and focus helicoid and a hood is added.  $35 for the trio. So much fun for so little :) 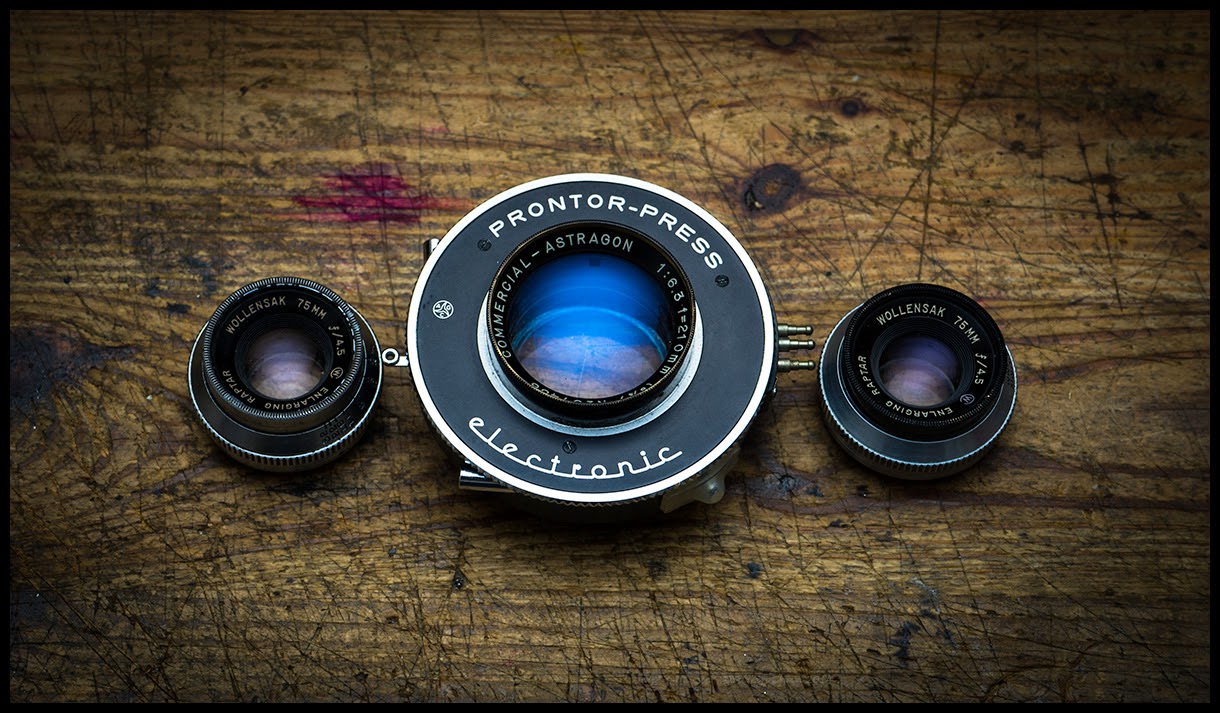 I did find something that I wanted; a Kodak Retina with a Schneider-Kreuznach 50mm f2 Xenon lens, though I was hoping for a later version.  I was happy to have found this one relatively cheap at $50. The winder does not work. I have full intention to remove the lens from the camera, but now I am hesitating because the camera is so beautifully made and in great shape. Maybe I will leave it the way it is.  Got enough lenses to play with anyway :) 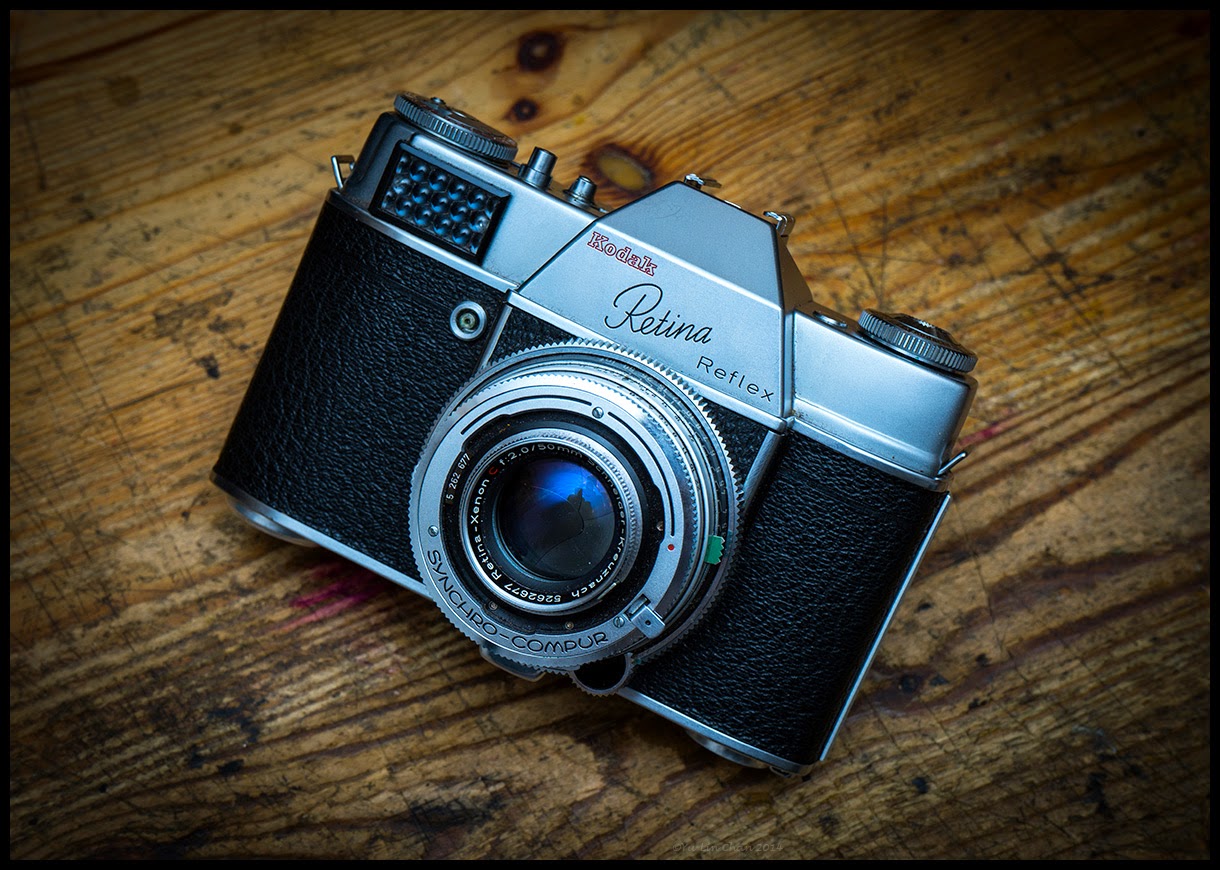 Another trio of lenses belong to the Takumar family.  I started my manual focus lenses with Takumars on the digital camera and they always have a spot in my heart, as my first SLR was a Pentax Program Plus :)  I have owned the Super-Multi-Coated Takumar 135mm f2.5 and the radioactive 50mm f1.4 before and they are very fine lenses. I didn't intent to buy them again, but the price seem reasonable (all three of them are $40 each). You will notice the 135/2.5 has a "huge" scratch on the front element. That's why it's so cheap and seemingly nobody wanted it. But from my shooting experience, and I had used lenses with worse glass condition but with pictures turned out fine, I bought it, because I know there won't be a noticeable effect, if any, and it came with original hood and case. Now I have two copies of the 105mm f2.8, but that's ok, it's an investment, like I have been telling my wife :).  Lots of people prefer the radioactive version of the Takumar 50mm f1.4 over other versions. I guess it's because the use of thorium in the glass usually makes the lens sharper? I don't know, but I know I won't be using often, 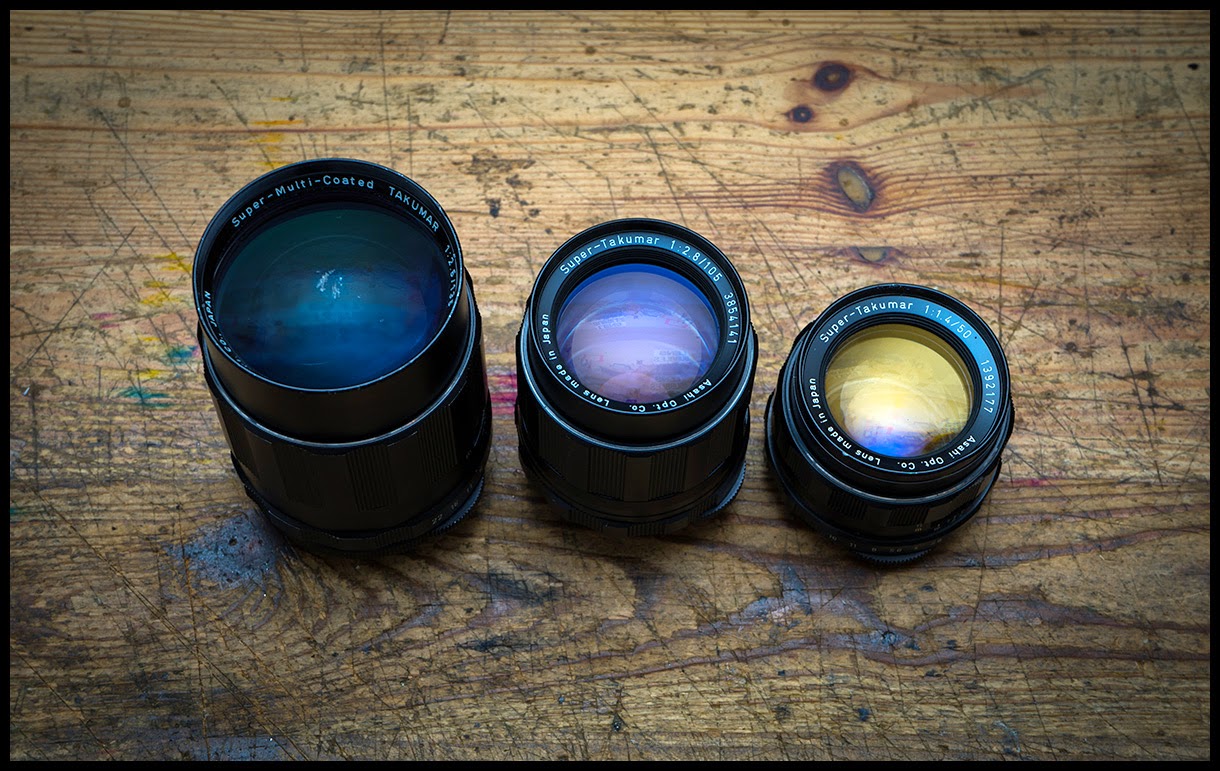 There are couple more lenses I got from the show: Nikkor 105mm f2.5, non-AI version, which is in great shape but has some dust at the rear elements. Not enough to be concerned about. And the last lens is a Kiron 28mm f2 in OM mount.  I already have a few of these in various mounts. But I pick them up when it's cheap.

Another show next month, but I hope I will find something more interesting.
Posted by Lens Bubble at 10:53 PM